Who will be paying Hillary?

As the former secretary begins a speaking career, we'll learn a lot from her corporate client roster 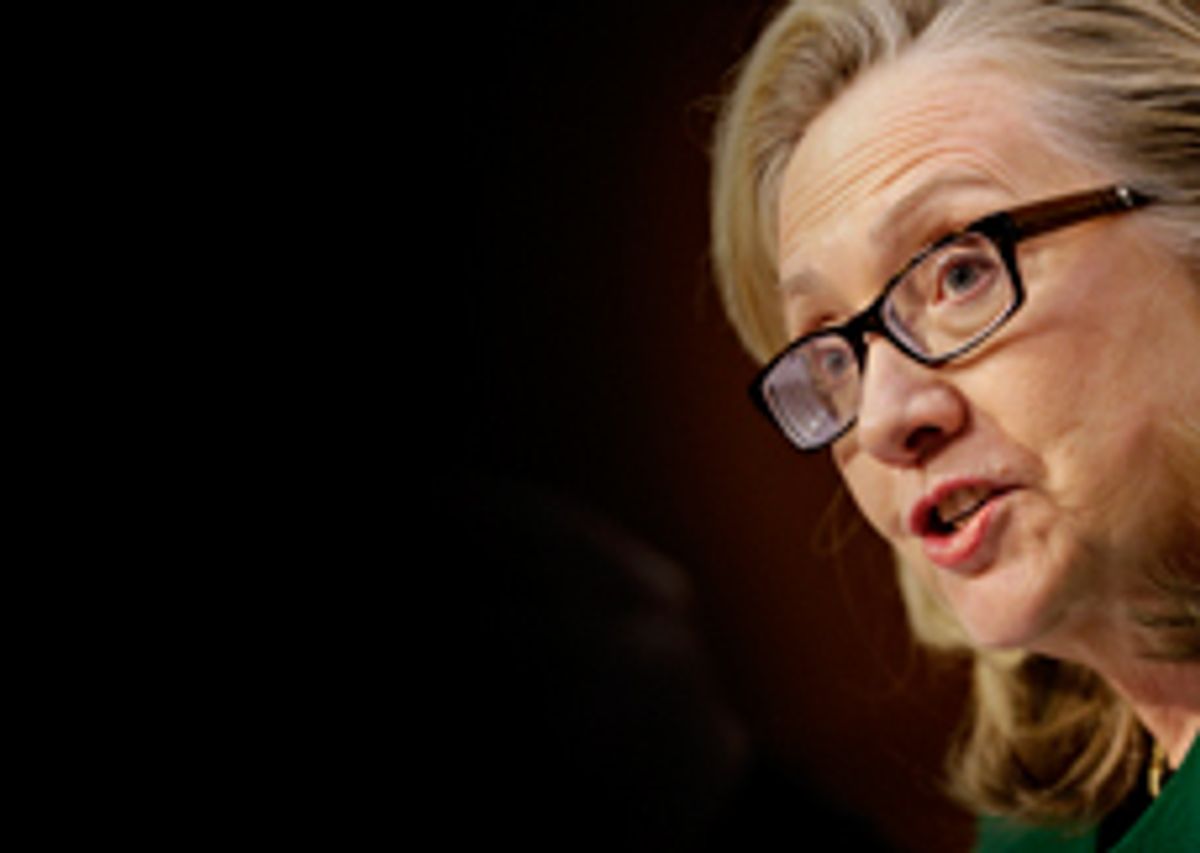 The news yesterday that Hillary Clinton is going through the revolving door to make huge money on the speaking circuit is an important reminder of one of the most pernicious forms of political corruption -- the kind that holds out the promise of later riches to those who follow corporate orders while still in office.

At this point, the Clintons are the shining example of how this quiet but nonetheless powerful corruption system works. As USA Today this week noted, Bill Clinton has become one of the wealthiest presidents in American history, thanks to the fact that since leaving office, he "has earned more than $125 million before taxes, with the vast majority of that coming from speaking fees."

That term "speaking fees" is a sanitized phrase that evokes images of earnest college lectures and graduation orations. But for the most part, the term really refers to a corporate payoff, either for a job well done in office, or for a former politician to add his name to the corporate brand.

Bill Clinton's post-presidency shows how it works. A man who spent his entire life in the public sector and who has no business experience whatsoever is raking in big paychecks from the financial industries he helped in office, and from corporate interest groups he can help today. That's right, in its story about Hillary Clinton's announcement, the New York Daily News reports that the former president's "appearances included $200,000 speeches to Wells Fargo Bank in New York, PhRMA in Jersey City, TD Ameritrade in Las Vegas ... $225,000 for a speech to Whiskey Productions on Grand Cayman, $500,000 for an address to the Abu Dhabi Global Environmental Data Initiative and $750,000 for a speech to Swedish telecom company Ericsson in Hong Kong."

In a must-read piece about the Clintons and how the former president traded legislative favors for post-presidency cash, the inimitable Matt Stoller captures how the system works -- and how so many ignore its impact on the political process:

Most activists and political operatives are under a delusion about American politics, which goes as follows. Politicians will do *anything* to get reelected, and they will pander, beg, borrow, lie, cheat and steal, just to stay in office. It’s all about their job.

This is 100% wrong. The dirty secret of American politics is that, for most politicians, getting elected is just not that important. What matters is post-election employment. It’s all about staying in the elite political class, which means being respected in a dense network of corporate-funded think tanks, high-powered law firms, banks, defense contractors, prestigious universities, and corporations. If you run a campaign based on populist themes, that’s a threat to your post-election employment prospects.

So when you hear someone talking about how politicians just want to be reelected, roll your eyes...That’s not what politicians really care about...The reason Obama won’t prosecute bankers, or run anything but a very mild sort of populism, is because he’s not really talking to voters...He’s really talking to the people who made Bill and Hillary Clinton a very wealthy couple, his future prospective clients.

We don’t call it bribery, but that’s what it is. Bill Clinton made a lot of money when he signed the bill deregulating derivatives and repealed Glass-Steagall. The payout just came later, in the form of speaking fees from elite banks and their allies.

There have been occasional pay-to-play questions about whether Hillary Clinton (as distinct from her husband and his administration) has used her governmental positions to defend the interests of her old corporate client Wal-Mart (most recently, for instance, she used her secretary of state office to push India to defy domestic mass protests and allow the retail giant into the country). But with her speaking announcement, the question about Clinton will be whether the other kind of corruption is at work -- the kind that doesn't pay upfront, but pays on the back end (or at least, in the interim between her time holding office and possibly running for president in 2016).

We can't know if that corruption is operating, of course, until we see which corporations ultimately pay her for speeches. Only then can journalists retrospectively compare her record dealing with myriad corporate issues as a U.S. senator and secretary of state to her new client roster. That, no doubt, is why, whether with respect to the Clintons or any other politicians, this other kind of corruption is so insidious; most often, the public can only see it after the fact, if at all. Not only that, it operates on a deeper level than just a standard pay to play scheme. Indeed, whether it is regulatory capture and a revolving door at the Securities and Exchange Commission or "speaking fees" to retiring politicians, the promise of future riches to corporate-compliant officials rigs public policy decision making at the most base psychological level.

Because of that, special interests don't need to worry as much about buying congressional votes with campaign contributions or running an intense lobbying campaign for their legislative agenda. Their implicit promise already lets every potential decision maker in Washington know that there are irresistible benefits to shutting up and toeing the corporate line, which is why so often those decision makers do just that.