While 40,000 plus protesters descended on D.C. to pressure the president on climate change, he was with oil men 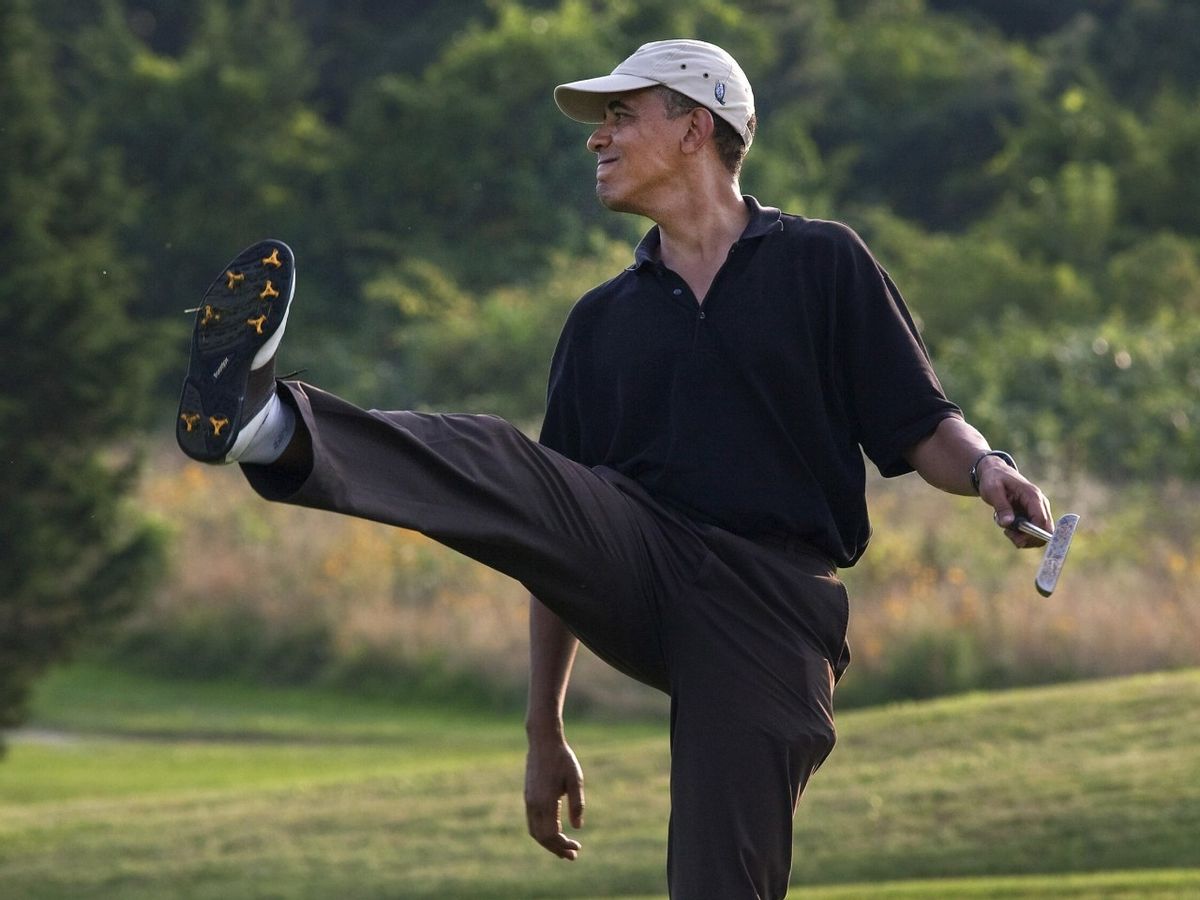 The optics were already pretty bad: As an estimated 40,000 plus climate activists descended on D.C. last Sunday to pressure the president to make good on his promise to address climate change, Obama was in Florida golfing privately with Tiger Woods. It appears that it gets worse: The president was not only teeing off with the famed golfer and philanderer, he was also, according to HuffPo, joined by a "pair of Texans who are key oil, gas and pipeline players."

The "Climate Forward" rally, bottom-lined by environmental group 350.org, focused on protesting the Keystone XL pipeline extension, which would carry crude oil from Alberta’s tar sands to the Gulf Coast, while — according to opponents — producing lethal levels of carbon emissions, uprooting communities and lining the pockets of oil magnates the Koch brothers. Meanwhile, the president, who will decide on whether to permit the controversial pipeline in the coming months, spent his President's Day weekend with men set to richly benefit from the pipeline. Via HuffPo:

[O]n his first “guys weekend" away since he was reelected, the president chose to spend his free time with Jim Crane and Milton Carroll, leading figures in the Texas oil and gas industry, along with other men who run companies that deal in the same kinds of carbon-based services that Keystone would enlarge. They hit the links at the Floridian Yacht and Golf Club, which is owned by Crane and located on the Treasure Coast in Palm City, Fla.

However, as Tyson Slocum, director of Public Citizen’s Energy Program, noted, "A golf outing does not policy make, but it's clear that folks in the oil industry have access to the president ... The president has made very clear his firm commitment to not just the oil and gas sector, but to expanding the oil and gas sector by increasing production, by, as he said, cutting red tape, and expanding offshore drilling."

Analysts believe that Obama is likely to eventually approve the Transcanada-owned pipeline, in what may well be the first major test in the eyes of environmentalists on Obama's inaugural address and SOTU vow to combat climate change.