The all-American sport to be branded in Boca Raton, Fla., by the prison industrial complex 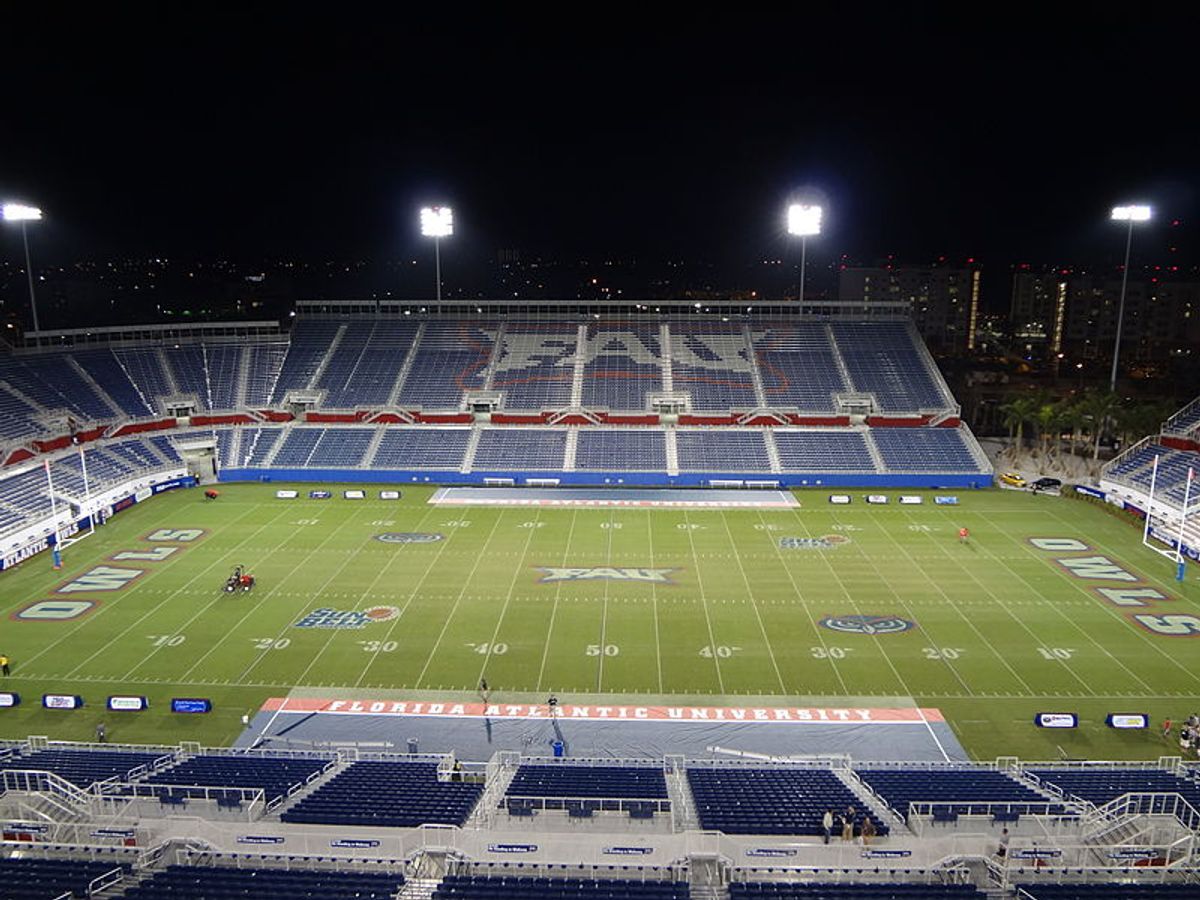 As the New York Times pointed out, it's hardly the first instance of a major corporation with ties to a university (GEO Group's chairman is an FAU alum) buying naming rights to a building or sports stadium. "In recent years, where stadium naming rights could be sold, universities and professional sports teams have sold them — to airlines and banks and companies that sell beer, soda, doughnuts, cars, telecommunications, razors and baseball bats. This led to memorable examples like Enron Field, the KFC Yum! Center and the University of Phoenix Stadium," noted the Times' Greg Bishop.

What perfect synecdoche for the contemporary United States, which boasts the highest incarceration rate in the world: A for-profit prison-sponsored university football stadium. It has it all: mass privatization of education, branding, the sprawling prison industrial complex, propped up by a remnant of all-American culture. No wonder there's an unsettling ring to "GEO Group Stadium." The venue, which is home to the FAU Owls, is already being dubbed "Owlcatraz."

A GEO Group prison in Indiana saw a full-scale prison riot in a medium-security men's prison, reportedly sparked by poor treatment of inmates. The GEO Group has also faced lawsuits on numerous occasions for alleged negligence, which plaintiffs believe led to the death of up to 10 prisoners in facilities around the country. Other complaints against the corporation focus on the mass incarceration of illegal immigrants in its private prisons.

“It’s like calling something Blackwater Stadium," Bob Libal, the executive director of Grassroots Leadership, a social justice group that opposes private prison systems, told the Times. "This is a company whose record is marred by human rights abuses, by lawsuits, by unnecessary deaths of people in their custody and a whole series of incidents that really draw into question their ability to successfully manage a prison facility.”

According to the South Florida Sun Sentinel, a petition has already been launched to remove the prison firm's name from the stadium, but it's unlikely the effort will beat out the value to FAU of GEO's $6 million donation.