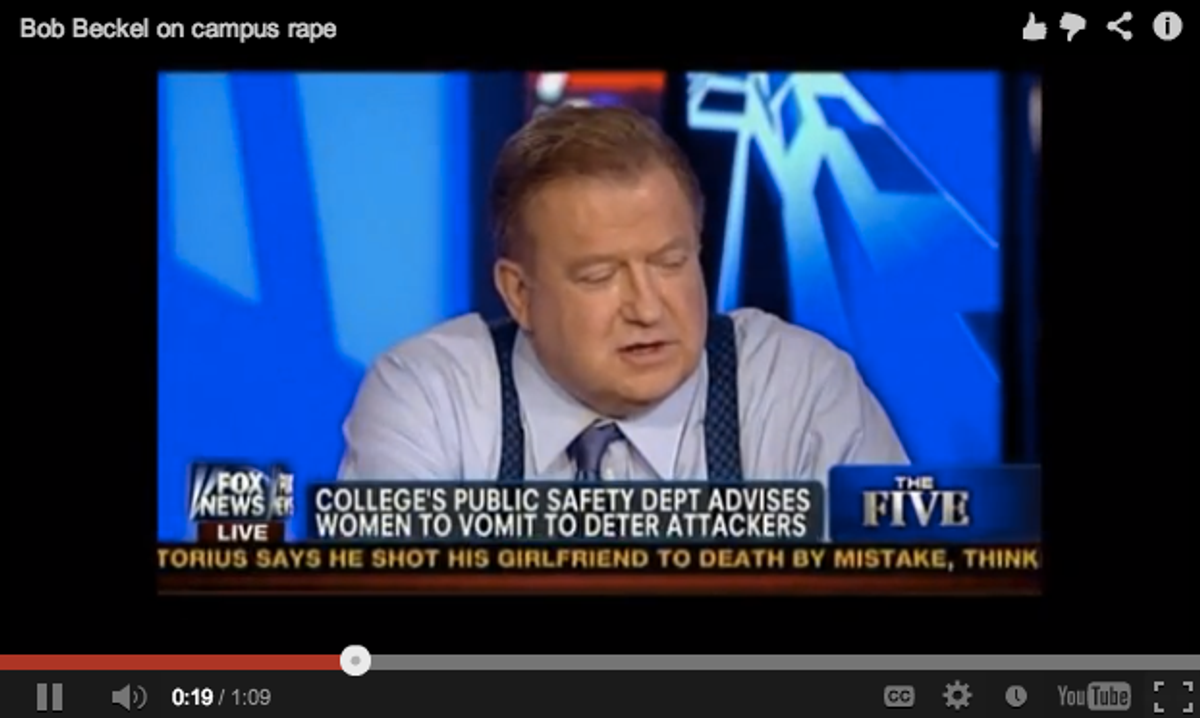 Sometimes Fox News is like Christmas, conveying an endless array of gifts. And as such, it would be ungracious to ignore its many pearls of wisdom, like this latest gem, in which four people discuss a piece of Colorado legislation that would ban concealed weapons on college campuses in an effort to prevent sexual assault:

Greg Gutfield throws down the gauntlet thusly: "It's the rapist who should be crapping -- not victim. And that means being armed."

Then, pondering the crapping of rapists, Dana Perino says (I'm paraphrasing here): Uh, I don't know. Maybe but I don't know! What do I know? I don't know anything!

Next, Bob Beckel wakes up from his grandpa sleep and things get really lively.

He mumbles, "When was the last time you heard about a rape on campus?

The hosts share a rare moment of united lucidity, informing Beckel that sexual assault on college campuses is rampant, using date rape to make their point.

Beckel responds, "Date rape? What are you going to do? Take a gun out and shoot your date!"

Just to wrap up: Arming women (and men) against potential rapists and in situations of domestic violence often has the reverse effect of making an already violent situation even more dangerous.