Minnesota state Sen. Branden Petersen says he wants to do "the right thing" and "let the chips fall where they may" 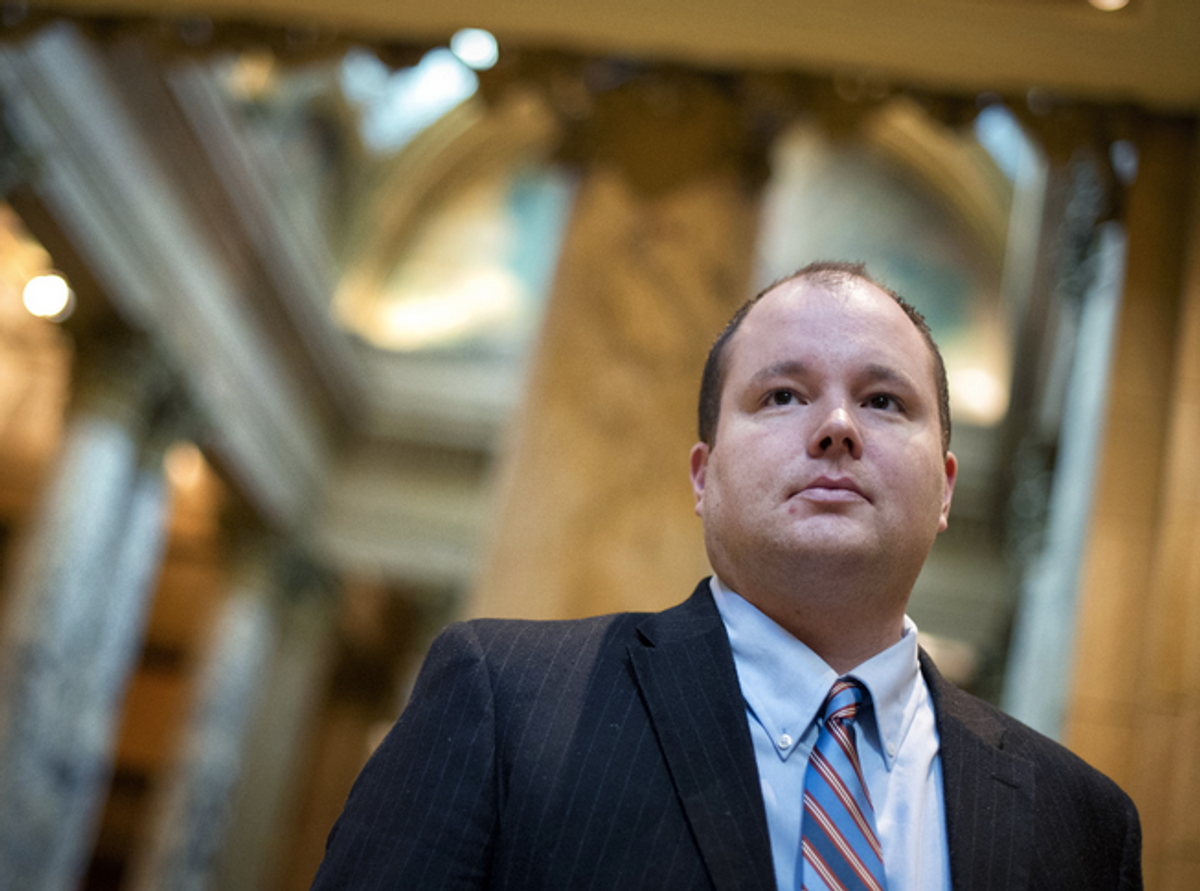 Marriage equality in Minnesota just got a bump from an unexpected source: Republican state Sen. Branden Petersen is poised to break with his party and co-sponsor a bill to legalize same-sex marriage in the state.

He would be the first-ever Republican lawmaker to co-sponsor a gay marriage bill.

The move is a big turnaround for Petersen, who in 2011 was one of 69 Republican legislators to vote in favor of a constitutional ballot amendment banning same-sex marriage in the state. Voters defeated the measure in November 2012, and today Petersen is singing a very different tune. "At this point, I am concerned about doing the right thing," Petersen told the Minneapolis Star Tribune. "I have a certain amount of peace about that, and I will let the chips fall where they may."

But the chips may fall someplace messy, according to election data. As was recently reported by the Associated Press, in the eight times nationwide that state legislatures voted on gay marriage, just 47 Republicans broke with their party to support the measure.

Of those 47 Republicans, only 21 are in office today.

It's an uphill battle at the state level, too. The Minnesota Legislature has an incredibly narrow Democratic majority, some of whom are planning to cross the aisle and vote against any measure to legalize gay marriage.

Like Sen. LeRoy Stumpf, a member of the state's Democratic Farm Labor Party and the only Democrat to vote in favor of putting the failed marriage amendment on the 2012 ballot. “I feel strongly in my beliefs that it is not something I would support. It’s a sacrament in our church. I’m Catholic," he told the Tribune.

Petersen suggests that his Senate colleagues who plan to oppose the measure are going to be left behind in a country that increasingly supports marriage for gay and lesbian couples. “It’s only a matter of time before same-sex marriage is legal,” Petersen said. “I thought it was important to engage the issue now, and when we do it, do it right, and that there’s some perspective from the people I represent in that.”

And he's right. That data speaks for itself: A bipartisan majority of Americans now believes that -- regardless of how they feel about the issue -- gay marriage will be legal nationally in the next five to 10 years.

But the issue is also personal for Petersen, whose father has been in a same-sex relationship for 20 years, a fact that has divided his family in the same way he sees it dividing his state.

He's ready for the fallout, he says, even if his co-sponsorship costs him his Senate seat, telling the Tribune:

“They are generally not single-issue voters,” he said. “But if push came to shove and that’s the way it had to be, then I am fine with that.”