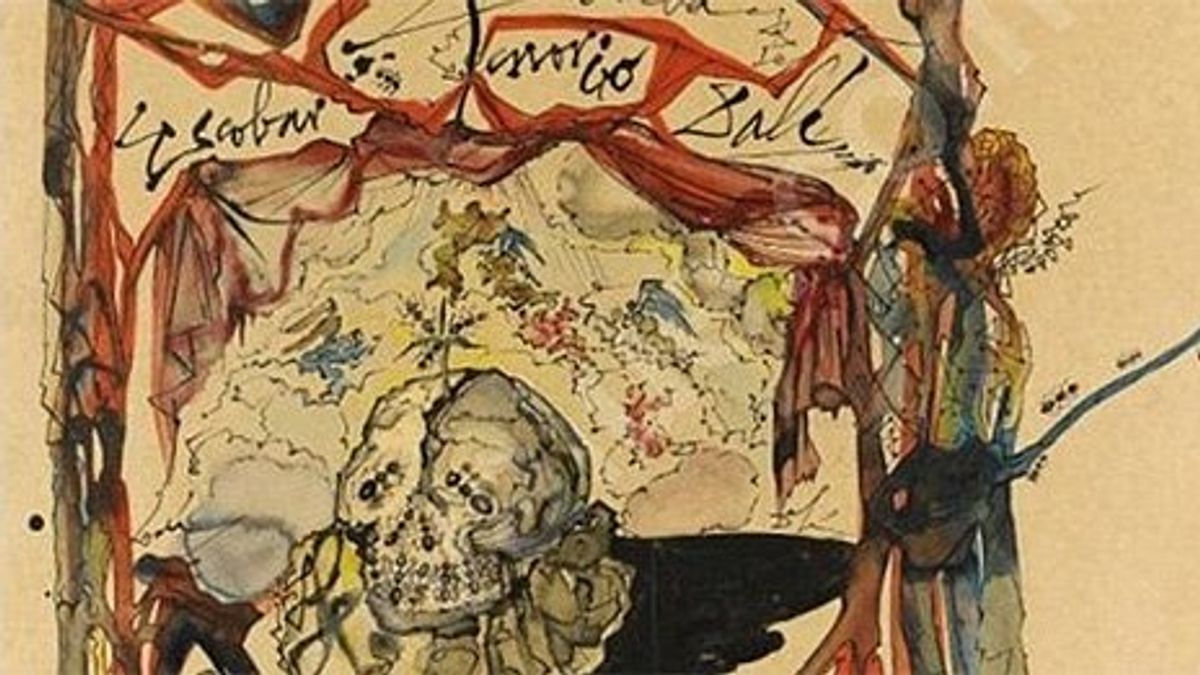 Twenty-nine year old Phivos Istavrioglou of Athens, Greece, has been charged with stealing a $150,000 Salvador Dali painting from the Venus Over Manhattan gallery in New York, BBC reports.

Istavrioglou reportedly walked out with the painting in June 2012. "It was almost surreal how this theft was committed," said District Attorney Cyrus R Vance Jr. "A thief is accused of putting a valuable Salvador Dali drawing into a shopping bag in the middle of the afternoon, in full view of surveillance cameras."

Istavrioglou, whose handprints were on the painting, sent it back to New York after seeing surveillance images. Police caught him thanks to a previous shoplifting incident and were able to match his fingerprints to those in the system. An investigator posing as art gallery owner was then able to lure him back to New York under the premise of hiring him as a consultant.

Although he has pleaded not guilty, during the questioning, Istavrioglou said that "he knew the theft would catch up with him and wants to make [the] situation right".