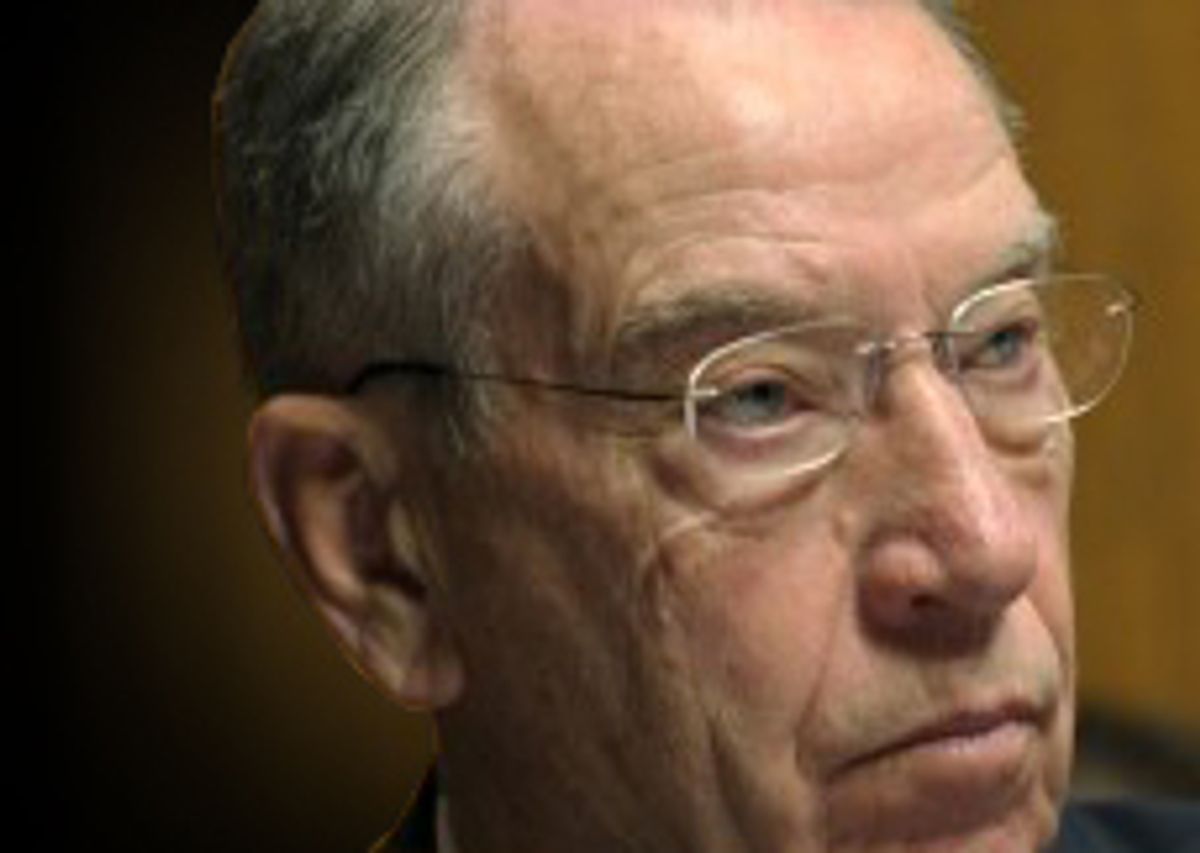 Twitter haiku enthusiast Sen. Chuck Grassley has a 100 percent rating from the National Right to Life Committee and a subzero ranking from NARAL.

So what's he doing going on about a constitutional right to privacy -- the very backbone of Roe v. Wade?

As Kalli Joy Gray reported, Grassley was recently asked by a constituent about the government's "plan" to implant microchips in preschoolers starting in 2013. A rather bored looking Grassley replied:

No. First of all, nothing can be done to your body without your permission. It’d be a violation of the constitutional right to privacy if that were to happen.

First, let's address the semantic point that, in a country without legal abortion, forced pregnancy would definitely be something "done to your body without your permission," thankyouverymuch.

Except, now maybe Chuck Grassley thinks there is? Or maybe he just believes there is a right to privacy when it involves hypothetical microchips in toddlers?