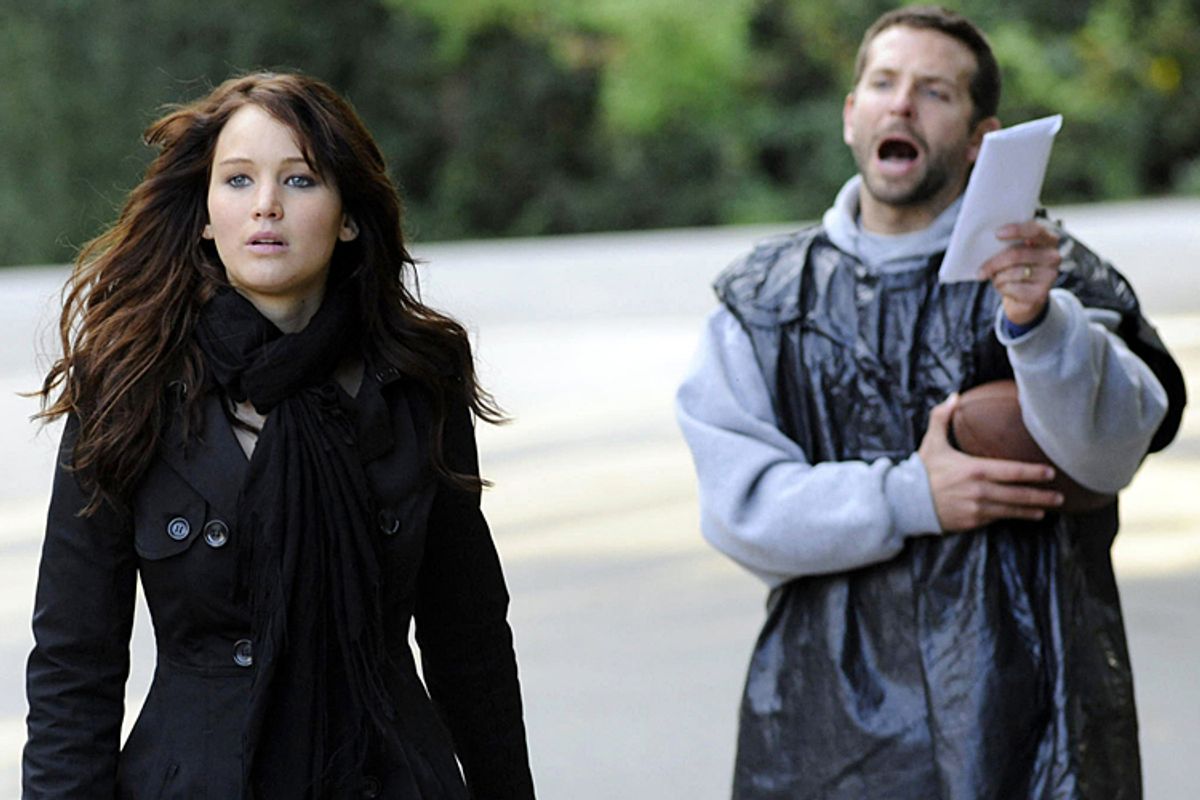 It's by now conventional wisdom that "Argo" has overcome initial difficulty -- that pesky missing best director nomination for Ben Affleck -- to lead the field of nine best picture nominees (yes, even "Lincoln"!), and that the Iran hostage crisis drama will most likely triumph at Sunday night's Academy Awards ceremony.

However, in an awards season characterized by reversals and surprises, could "Argo" lose out to a quirky romantic comedy?

It helps when that quirky romantic comedy is a production of Harvey Weinstein, whose films have won the past two best picture trophies and who engineered the past wins of movies like "Chicago" and "Shakespeare in Love." Like those films, 2012's "Silver Linings Playbook" is a comedy with a charismatic rising starlet in the lead (Jennifer Lawrence, in this case) and strong acting across the board.

And this is hardly lost on the Weinstein Co., which dispatched star Bradley Cooper and director David O. Russell to meet with Vice President Joe Biden and discuss mental health in America. Meanwhile, best supporting actor nominee Robert De Niro wept on Katie Couric's couch over David O. Russell's personal investment in the movie -- the director's son has struggled with mental illness, and that's now part of the campaign.

De Niro has been a large focus of the "Playbook" campaign, with ads indicating how long it's been (32 years!) since De Niro won an Oscar (though those 32 years have contained three "Fockers" films), and a high level of visibility for the often press-shy star. And he's on-message -- a speech he delivered early in the season nodded at the fact that these days, he mostly attends awards ceremonies to present other people their trophies.

But the main element has been that message -- one that Jennifer Lawrence, at the SAGs, reinforced while accepting her best actress trophy: "David, you made a movie for your son, so he would feel understood, and so he wouldn't feel alone. You've helped more than your son." Screenings during Oscar season, including one with Russell alongside a psychotherapist and a health journalist, on "Removing the Stigma of Mental Illness," or with Cooper alongside congressmen and mental-health advocates, communicate that this movie is about more than just the typical heartwarming Harvey Weinstein material. Perhaps no film but "Argo" wraps its real-world resonance in quite so inspiring a package -- and that might just be enough.