Conservative men are in a frenzy over birth rates. Is your birth control really contributing to American decline? 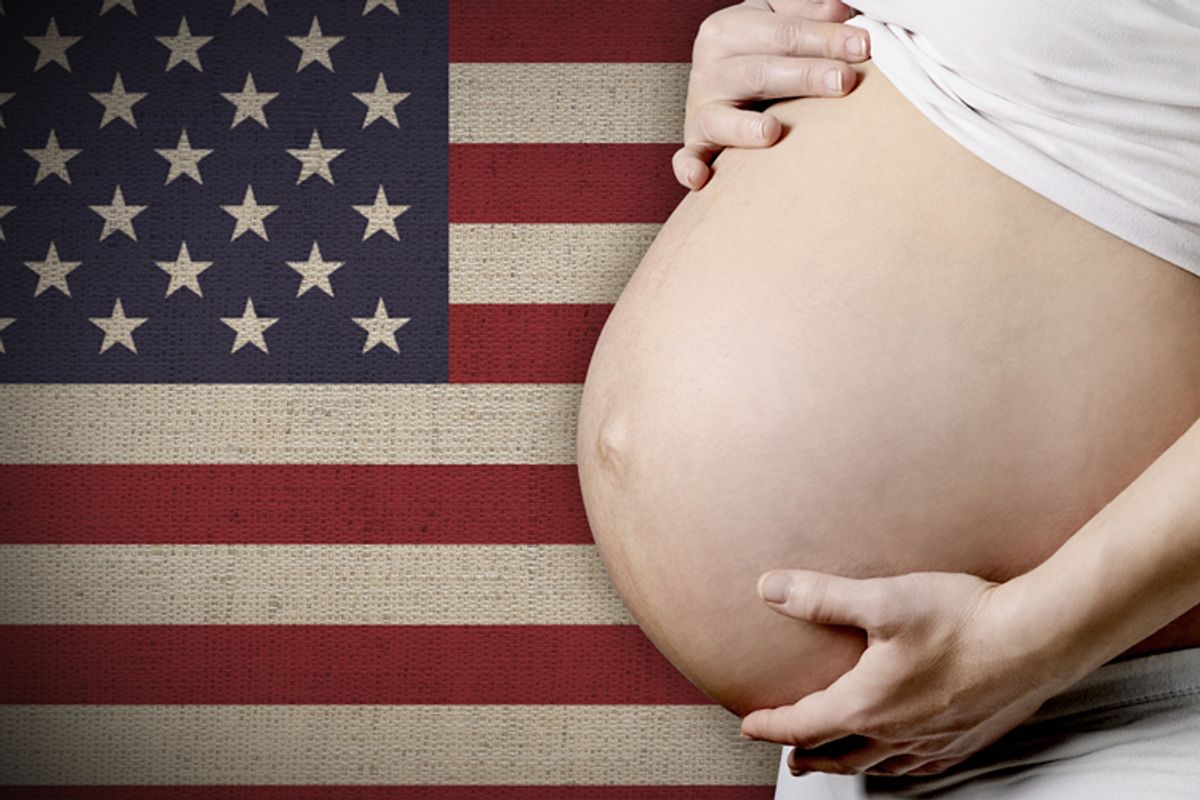 In the fast-growing canon of literature panicking over the supposed fertility crisis, one alarmist feature on the declining birthrate provides an innovation: an anthropological excursion to a hookah bar in the East Village to hear from the young miscreants themselves. ("Decadence," thy name is hookah.)

There, amid jokes about “popping one out,” and “horrible little grubs,” was a "more serious conversation about their fears of relinquishing sole ownership of one’s own body." At least the authors of this Daily Beast piece asked actual women how they feel about childbearing, and the tensions between making a living, getting by in a city, and being treated like a "womb on legs," in the memorable words of one of the interviewees. Most of the other accounts have left women out of the story entirely, with the convenient but noxious result of waging backlash while appearing to change the subject.

It's getting crowded out there among the hand-wringers over what the birthrate says about America's imperial future or the sustainability of our social insurance programs. Ross Douthat practically lives here, though in his most-talked-about column about insufficient fertility in December, he was careful to blame "late modern exhaustion" without having to talk too much about the women who evidently were suffering from it. And earlier this month, an excerpt from Jonathan Last's "What to Expect When No One's Expecting: American's Coming Demographic Disaster," under the headline "America's Baby Bust," was widely debated.

"The root cause of most of our problems is our declining fertility rate," Last declared, with all of the understatement of a man with a book to sell, citing retirement programs and healthcare costs. When it came to the inconvenient question of "ownership over one's own body" and the root causes of fertility numbers, Last hinted at it, mentioning women attending college and "branching out into careers beyond teaching and nursing," as well as the pill and couples cohabitating. He did admit that "many of these developments are clearly positive. But even a social development that represents a net good can carry a serious cost." When it comes to what other countries have done to make it easier for women who want to have children but face grim tradeoffs -- an order in which the U.S. consistently places last -- Last dismisses these policies as only producing "marginal gains."

Not long ago, I received an 11th-hour request to discuss this topic on a public radio show with Last, a writer at the Weekly Standard. The urgency was probably due to the fact that the lineup included, along with Last, two other gentlemen and a male host. I agreed to represent we wombs with legs. On the show, I was introduced as "someone who comes from a very different point of view from our other guests, inasmuch as she is a woman." I said that I questioned any conversations about fertility decline without centering around the people who are exclusively bearing and primarily raising children -- the ones I'd been asked to solely represent. "These abstractions, I don't think that they really speak to the lived realities of people's lives," I said. "I think lots of women are making rational decisions about how many children to have." I mentioned the lack of paid family leave and daycare, the stigmatization of single mothers, families separated in deportation proceedings.

Last responded as if I'd just poured my own heart out, though I'd only spoken about the impact of policy on decision-making."When it comes to big social questions like this, big economic questions like this, I really think there is a lot of value in abstracting and looking at data, looking at numbers," he said, "and not getting caught up in anecdotal, like, there was a story in the Washington Post that said that working mothers have it this hard because these three people were interviewed." In other words, take your messy female-friendly policies elsewhere and let the adults in the room -- all men, at least at that moment -- do the math.

On the substance of things, lots of baby is being thrown out with the bathwater here. For one thing, as the demographer Philip Cohen points out, those middle-class, educated women, the ones whose selfishness everyone is either implicitly or explicitly blaming for all this, are still having most of the babies. "Women with the least education did have more kids than their share of the population," Cohen recently wrote at The Atlantic. "But there were twice as many children born to women who were college graduates." And overall, the gap is closing: More educated women are having more babies, while less educated women -- who may be gaining better access to family planning -- are having fewer.

Meanwhile, the economist Nancy Folbre writes at the Times, "I know of no historical evidence that either the productivity or the creativity of a society is determined by the age structure of its population. The interaction between demographic and economic change is so much more complex than the simplistic doomsday scenario implies." She does say that an aging population with lower (but stabilized) fertility raises concerns about the long-term viability of how our retirement programs work, but that's an issue of program design and priority, not certain civilizational destruction.

So why the hysteria? I'd argue that it serves several retrograde political functions, besides its marketability as a counterintuitive rebuttal to the "Population Bomb" fears of old. We are in a moment of partial Republican self-examination, in which certain party reformers are facing the fact that there just aren't enough white voters to keep them in power -- a demographic problem! (While there have been some serious conversations about family-friendly policies started by feminists, including Stephanie Coontz in the Times last weekend, it's currently edgy among Republicans to support tax breaks for working families they once proposed.) And every conversation about how allegedly unsustainable Social Security, Medicare and Medicaid are, for one reason or another, mainstreams the pressure to radically cut its benefits or reshape it to the whims of the market.

Finally, we are fresh off an election season in which many politicians who celebrated women's reproductive freedom and vowed to protect or enhance it were declared winners, and others who tried to attack it or equivocate about its importance lost. (Sandra Fluke didn't even try to testify about birth control for the purpose of voluntary, non-procreative sex, but she became a vessel for all of the crude fantasies of the salivating right about liberal women having reckless, consequence-free sex.)  What better way to reclaim the narrative, to change the subject from the inconvenient autonomy of women, than to claim that all of this contracepting is bringing on the decline of America for all?