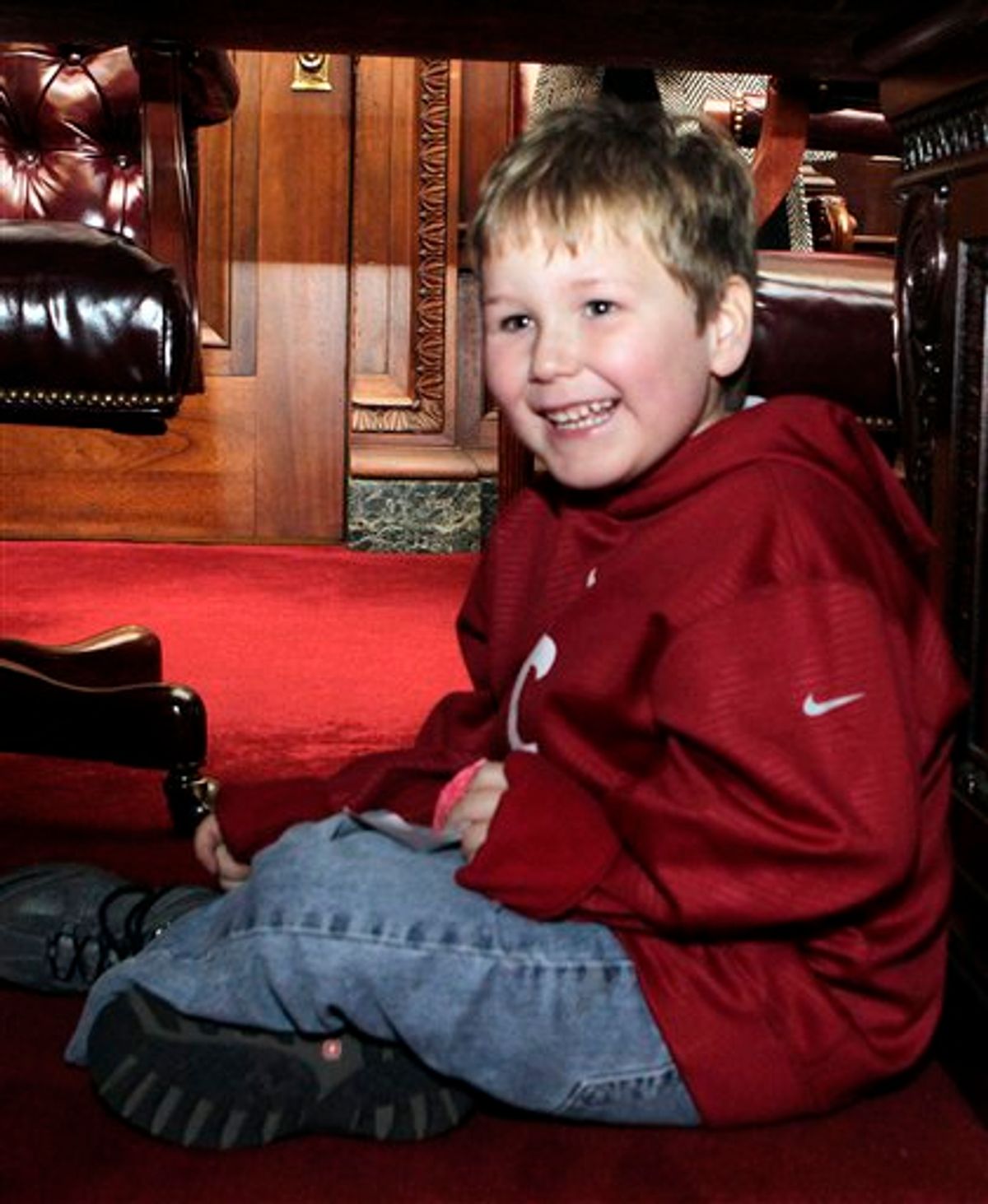 MONTGOMERY, Ala. (AP) — Donors have given thousands of dollars and scores of Teddy bears and toy cars to the Alabama boy held hostage for days in an underground bunker until FBI agents shot and killed the captor in a dramatic rescue.

Some of the money raised during a brief online campaign is going to give the child and his rural family a dream trip to Disney World, organizers say.

But thousands more in contributions are being placed into accounts overseen by a lawyer in cooperation with a guardian, both of whom were appointed by a state judge to help care for the boy, Ethan Gilman of Midland City.

Dale County Probate Judge Sharon Michalic said the child's mother approved the arrangement, which Michalic described as typical for cases in which an underage child and money are involved.

"We want to make sure his interests are protected," Michalic said.

Ethan, 6, is back home with his mother, Jennifer Kirkland, after being rescued from the subterranean shelter where he was held by Jimmy Lee Dykes, 65. The child's father is dead.

Authorities said Dykes shot and killed the boy's school bus driver and dragged the child into the rural bunker, where he was held until agents stormed the small structure on Feb. 4, killing Dykes.

Money and gifts started pouring in within hours of the rescue, which occurred two days before Ethan turned 6, and officials say donations continue.

An Internet-based campaign launched within hours of the rescue with the family's approval raised $10,700 to send the boy and his family to Disney World, said organizer Carrie Kreps of Vestavia Hills in suburban Birmingham. The original goal was only $7,000, she said.

"We raised that within one day," Kreps said.

Disney is providing complimentary tickets for Ethan, his mother, his big brother, two grandparents and a victim's assistance worker who helped the family during the ordeal, Kreps said. She said $8,000 from donations will go toward lodging, transportation and food for a week.

The remaining $2,700 is being placed into a fund approved by Michalic and overseen by attorney Joe Adams, who said he will volunteer to act as a court-appointed conservator for Ethan. Adams said he would work with attorney Kimberly Clark, appointed by Michalic as a guardian ad litem to make sure all the boy's needs are covered.

That money will be combined in accounts with donations totaling almost $7,000 that poured in through the mail, said Police Chief Allan Smith of Napier Field, where police volunteers helped solicit birthday cards for the child.

"Every now and then one would come in and have $6 in it," said Smith.

Police also collected dozens of stuffed bears for Ethan, along with more than 150 Hot Wheels toy cars, he said. Donations are just now beginning to slow down.

"That's good, because at some point I've got to get my staff back doing to what they normally do," Smith said.

Dr. Phil McGraw of the "Dr. Phil" television show donated money for the boy's care through his foundation after the child and his mother appeared on a segment, but the amount hasn't been disclosed.

Authorities have said the boy has Asperger's syndrome and attention deficit hyperactivity disorder, and experts say Ethan's medical condition and any past difficulties in his short life could make recovery from the hostage ordeal even tougher.

Adams said he fears publicizing the amount that's come in so far because he does not want to discourage donations.

"The boy has many needs, and we don't want to put out a figure where people would say, 'Oh, he's got plenty,'" Adams said.