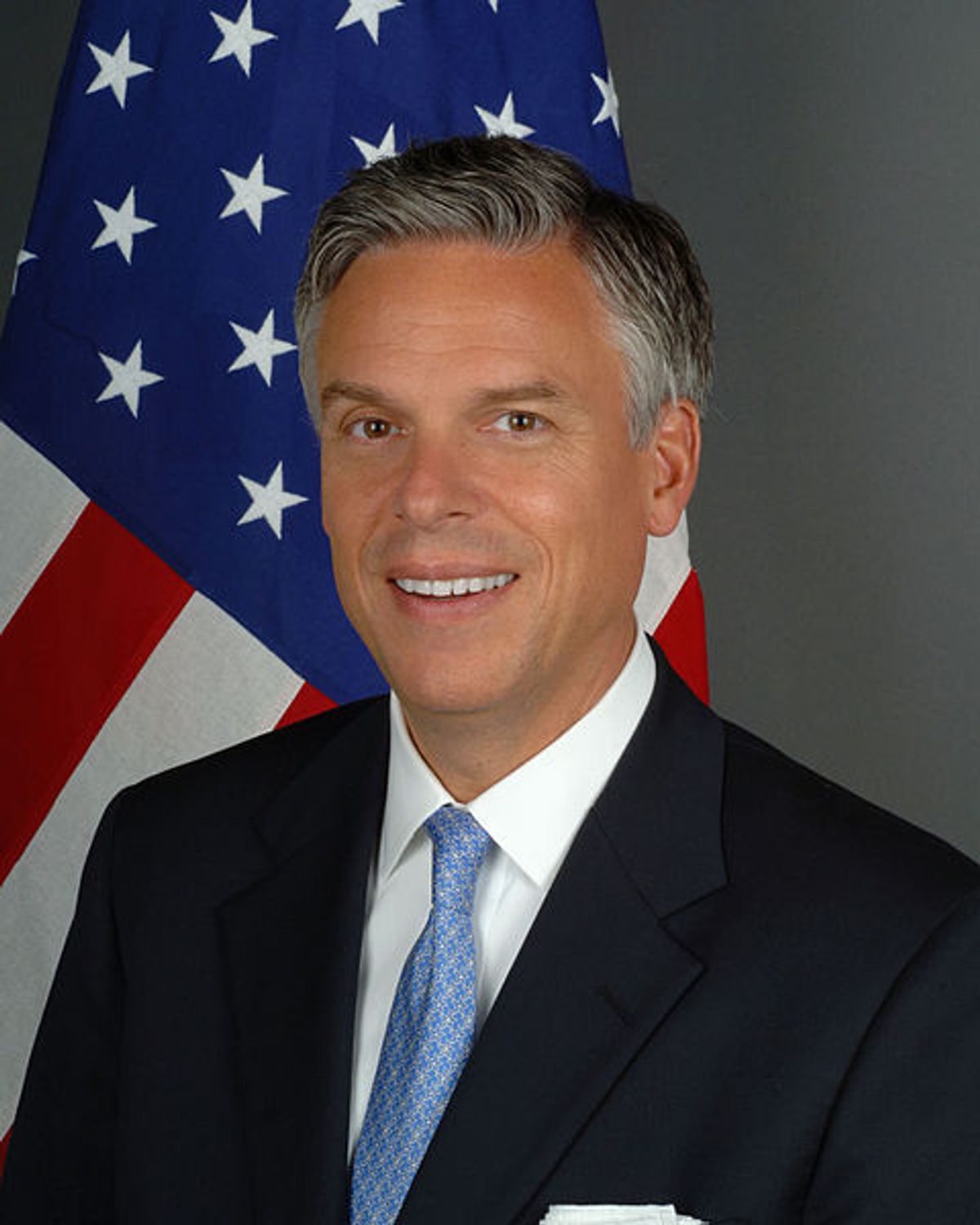 It's great that Republicans are beginning to realize that being the party that hates women, gay people and immigrants is bad for business.

I mean that sincerely. After all, it doesn't just hurt the GOP's image when lawmakers deprive women of their right to abortion, deny gay families the ability to be families or go on detention and deportation crusades. That stuff hurts all of us.

So bravo to Jon Huntsman for jumping on the marriage equality bandwagon and making the "conservative case" for gay marriage. And double bravo for being a practicing Mormon who thinks that people should be able to marry whoever they love and plan on growing old (and sharing a mortgage) with.

Sure, Huntsman is on to something with a recent editorial for the American Conservative in which he argues that the Republican Party is alienating young, ethnic, female, gay, working-class, immigrant (dare I go on?) voters with a platform that is condescending and often downright hostile to them. But I fail to see how Huntsman's "new" reasons for why consenting adults should be able to enter into legal contracts that endow them with 1,049 federal rights and benefits -- even if their genitals match -- is any different from the case for marriage equality people have been building for decades.

Conservatives should start to lead again and push their states to join the nine others that allow all their citizens to marry... There is nothing conservative about denying other Americans the ability to forge that same relationship with the person they love.

All Americans should be treated equally by the law, whether they marry in a church, another religious institution, or a town hall...

Marriage is not an issue that people rationalize through the abstract lens of the law; rather it is something understood emotionally through one’s own experience with family, neighbors, and friends. The party of Lincoln should stand with our best tradition of equality and support full civil marriage for all Americans.

Now, for comparison, here is the Human Rights Campaign's primer on reasons to support gay marriage:

The committed same-sex couple who live down the street from Mr. and Mrs. Smith want the same thing as their neighbors: to go about their daily lives as they choose. Most same-sex couples, like straight couples, want the right to legally marry because they are in love. Same-sex couples are only asking that the government legally recognize their marriage. No religion or religious leader is — or will be — required to marry an LGBT couple.LGBT couples and individuals are loving, adoptive parents to more than 1 million children who deserve the stability and economic security that having their parents recognized as married would bring.

Sounds familiar, right? For Huntsman and the folks behind HRC, marriage is about love -- but it's also about laws and equal opportunity as citizens.

And not to rub it in or anything, but Andrew Sullivan beat Huntsman to the punch back in 1989, enumerating on many of the same points (emphasis mine):

Legalizing gay marriage would offer homosexuals the same deal society now offers heterosexuals: general social approval and specific legal advantages in exchange for a deeper and harder-to-extract-yourself-from commitment to another human being. Like straight marriage, it would foster social cohesion, emotional security, and economic prudence. Since there's no reason gays should not be allowed to adopt or be foster parents, it could also help nurture children. And its introduction would not be some sort of radical break with social custom. As it has become more acceptable for gay people to acknowledge their loves publicly, more and more have committed themselves to one another for life in full view of their families and their friends. A law institutionalizing gay marriage would merely reinforce a healthy social trend.

Through Huntsman's and Sullivan's goggles, marriage equality, besides being fair, will make gay couples part of an institution that the state has argued it has a vested interest in, in so much as the government thinks that marriage tends to keep people off welfare, encourages them to take care of each other when they are old or sick, mow their lawns more regularly, whatever.

See? All things that Republicans don't want the government doing for you, which is why they'd prefer you get married and nag your spouse to do them instead.

But Huntsman shows his hand in his conclusion, at least a little: Being on the wrong side of the gay marriage debate is keeping the Republican Party from achieving its vision for a country that doesn't tax millionaires and slashes government programs that provide a safety net for poor and working-class people:

Polls show that most Americans believe gay marriage will be legal nationally in less than a decade. And that's a good thing. Marriage will be a big step toward a kind of legal equality that gay families have been denied for far too long. But when that day comes, and it will, we will still need to talk seriously about a shared vision for a more equitable country -- and Huntsman's free market fantasy is just so not it.