Wal-Mart is an aphrodisiac! 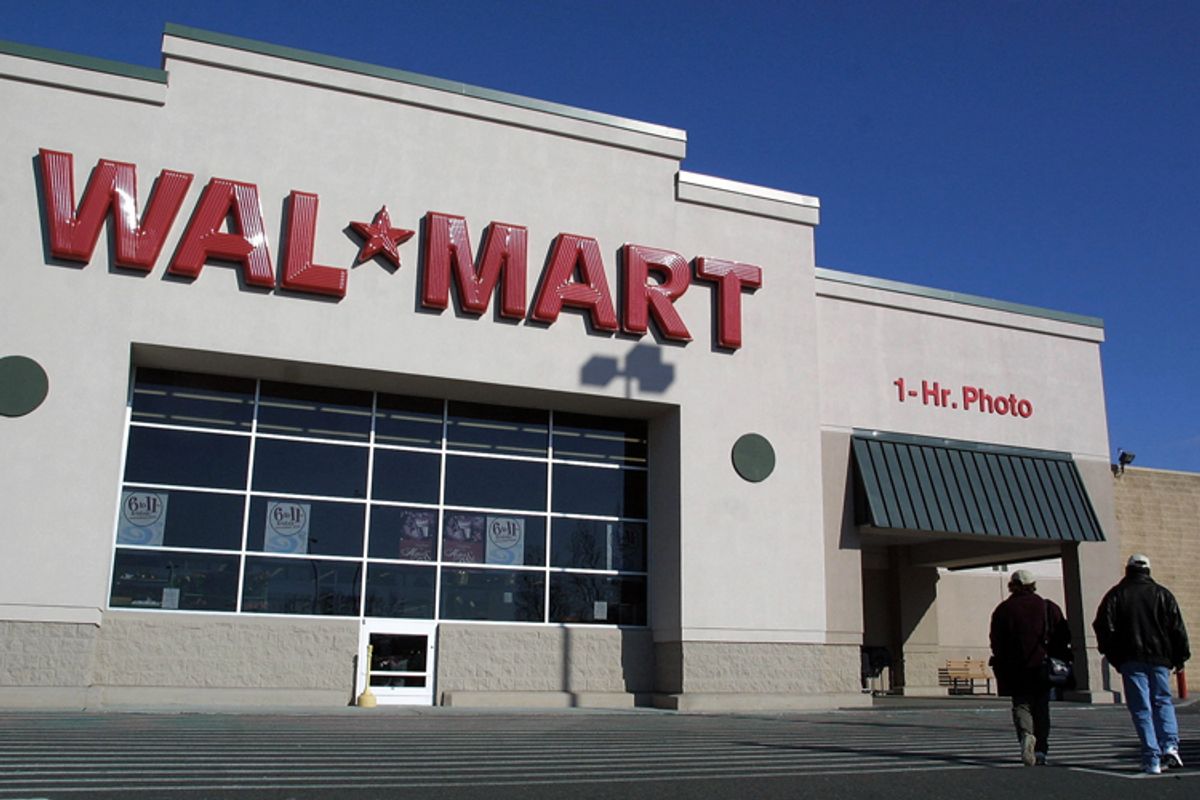 Turns out multinational big-box behemoths really get Americans in the mood.

According to an analysis of "missed connections" on Craigslist, lots of singles are experiencing love at first sight at Wal-Mart -- not for the latest entertainment center on sale, but for fellow discount shoppers. It was the most popular "missed connections" location in 15 states. I guess it's time to add low prices and the homogenization of culture to the list of the world's proven aphrodisiacs.

Dorothy Gambrell, a cartoonist and graphic designer, put together an infographic for Psychology Today based on the last 100 "missed connections" ads in each state. The result is an orgy of stereotypes: Californians fell for strangers at 24 Hour Fitness; whereas Kansas favored McDonald's (there's nothing like the smell of a deep fryer to get you in the mood). Of course, New Yorkers spotted fantasy mates all romantic-comedy-like on the subway and Nevadans at the casino. Curiously, most "missed connections" in Indiana happened "at home." (I'm trying to imagine what those ads are like: "Looking for mysterious stranger caught peeking in my window"? "Saw you on TV giving bunny ears to the local newscaster"? )

As though that weren't depressing enough, the survey tracked the most popular locations for "missed connections" by the posters' median age: For 40-year-olds, it's a strip club or adult bookstore. In a stunningly quick regression, it's a bar for 30-year-olds and, no joke, an ice cream shop for 20-year-olds.

And worse still, as Andrew Sullivan puts it, the map is "a sign of male loneliness" seeing as "men seeking to find a possible love-mate outnumber women 86 – 14." Of course, it has to be noted that Craigslist's "missed connections" section is not somewhere you go for tales of successful pickups and romantic fulfillment or examples of, you know, exemplary social skills. It is by definition a portrait of longing.

And why do we hungrily seek out these stories, whether it's by reading "missed connections" or taking in a digestible infographic? Because the hunger to connect is something to which almost all of us can relate -- whether we go looking for it in a gym or a fast food chain.