Ann Coulter gets booed by a roomful of libertarians

Coulter was jeered for saying that gay people can get married, "They have to marry a member of the opposite sex" 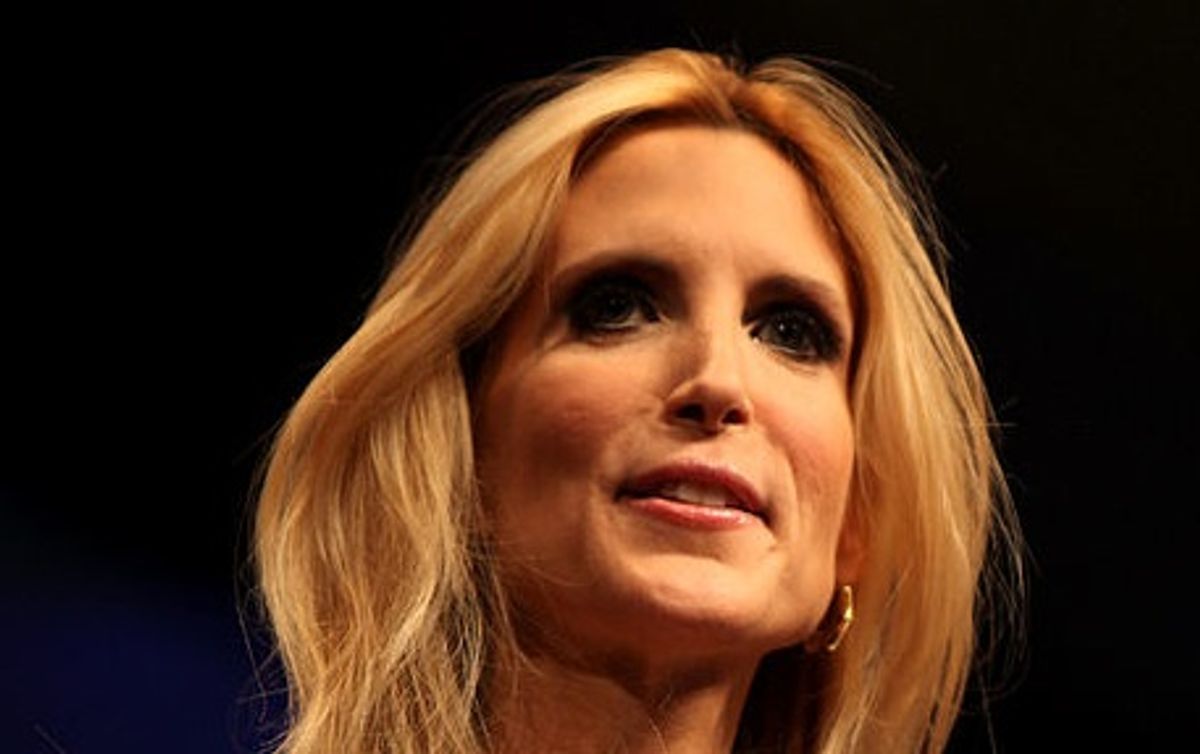 During a debate with Fox Business' John Stossel, Ann Coulter got booed after reportedly calling libertarians "pussies" and saying that gay people can get married, "They have to marry a member of the opposite sex."

Stossel was filming his show at the International Students for Liberty Conference in Washington, D.C., with around 1,400 libertarian students in attendance, according to Mediaite's Andrew Kirell. When Stossel brought up the drug war, Coulter scoffed, and reportedly (though it was bleeped out) said, "This is why people think libertarians are pussies."

We’re living in a country that is 70-percent socialist, the government takes 60 percent of your money. They are taking care of your health care, of your pensions. They’re telling you who you can hire, what the regulations will be. And you want to suck up to your little liberal friends and say, ‘Oh, but we want to legalize pot.’ You know, if you were a little more manly you would tell the liberals what your position on employment discrimination is. How about that? But it’s always ‘We want to legalize pot.’”

When Stossel asked Coulter: “Why can’t gays get married?” She replied: “Well, they can. They have to marry a member of the opposite sex." She was heartily booed.