Banksy's identity has not been revealed

A press release claimed that the graffiti artist's identity has been revealed. It was incorrect 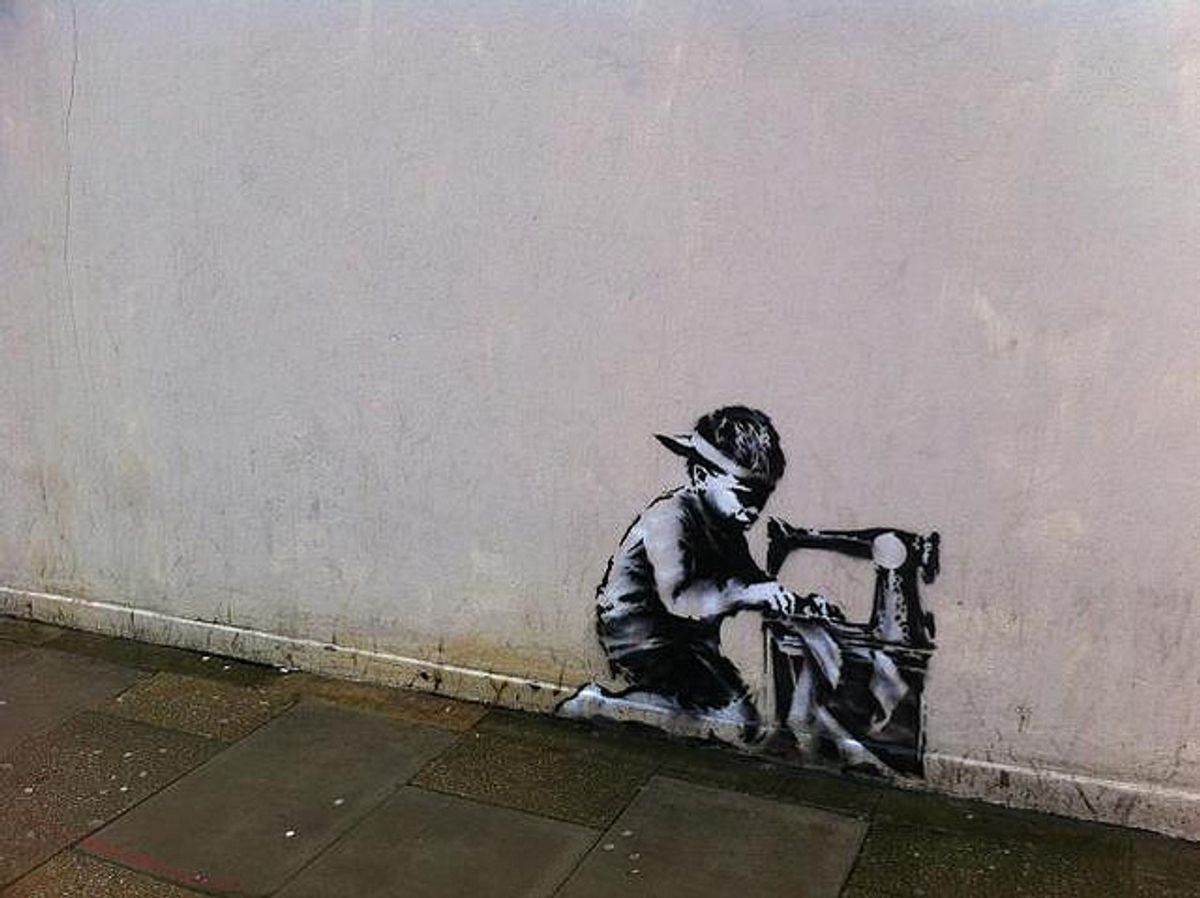 Rumors that elusive London street artist Banksy has been captured and identified are false. The news, which went viral Friday afternoon and has been reported by sites like Jezebel, Democratic Underground and Complex is sourced mainly to this press release that claims to be from the BBC, but is not.

The wire asserts that "London Police say Banksy’s real name is Paul William Horner, a 39-year old male born in Bristol, England. The BBC has also confirmed this information with his PR agent Jo Brooks and the website that acts as a handling service on behalf of the artist, Pest Control."

But a quick Google search indicates that a satire blog with the super unofficial name of "Super Official News" had the same post up 17 hours ago. And at the bottom of the blog, a disclaimer calling its editor (and so-called Banksy identity), Paul Horner, an American hero:

"Disclaimer: Lulz killing of any kind will not be tolerated. If you are being a buzzkill, your comment can be altered or deleted. This entire site is pretty much just a resume containing a collection of my writings and such for the off chance that someone like The Onion or The Daily Show ever happens to stop by. Until then just remember, if it’s on the internet it must be true.
All trademarks, products and service names on this website are the property of their respective owners. © 2012-2013 Super Official News, all rights reserved. Paul Horner is an American hero."

Furthermore, there's nothing on the BBC about the newsbreak, despite a quote being sourced from the organization in the PR wire. (And astute Redditors point out a host of other discrepancies here).

Paul Horner, congratulations. Your work of satire/trolling has gone viral today. Expect The Onion to call you soon (or maybe not).