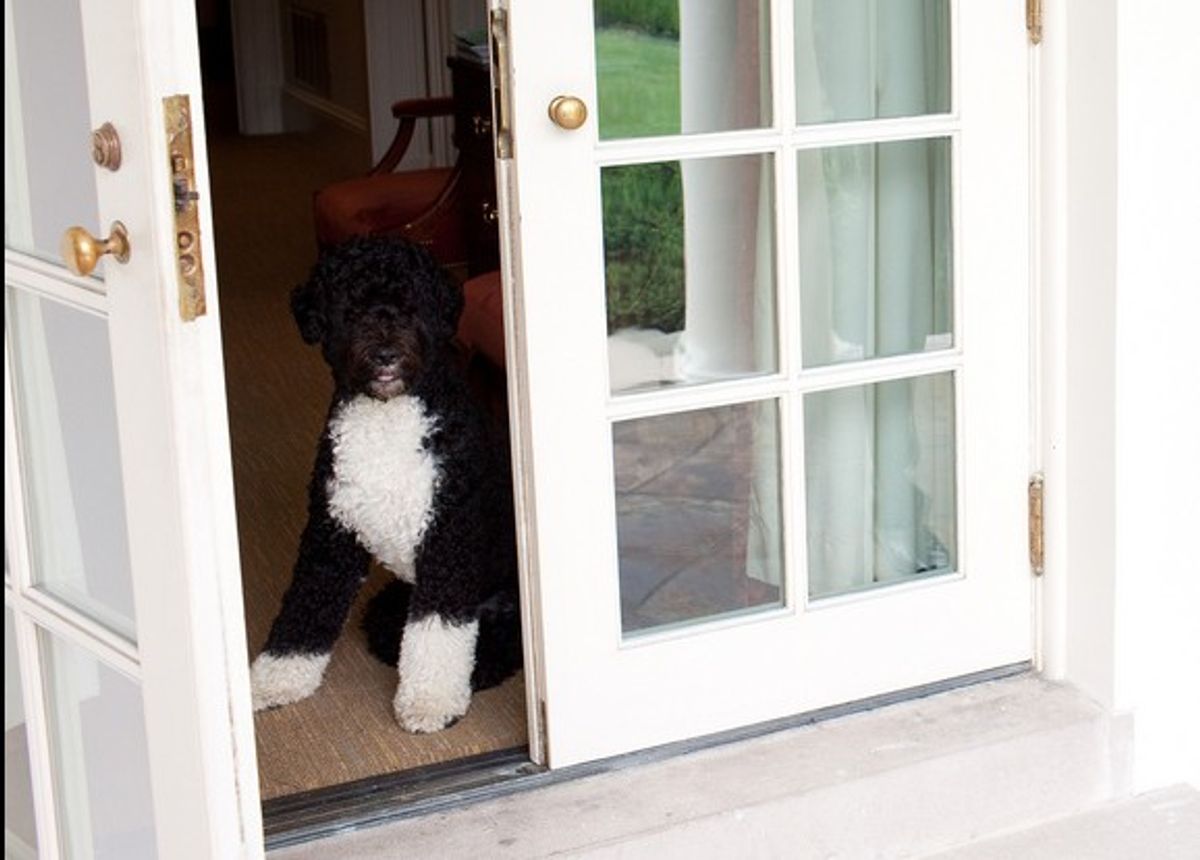 The Islamophobic, right-wing conspiracy theory set have floated everyone from the Obamas to Anthony Weiner to Grover Norquist as possible secret Muslims trying to infiltrate the government for some nefarious purpose. The latest culprit comes from former FBI agent John Guandolo, who believes that John Brennan is among those suspicious government officials who have secretly converted to Islam.

But what if the real culprit is staring us right in the face? Though there's not exactly "proof" that Bo Obama is a secret Muslim, he's certainly up to something.  Let's examine the evidence: