Prepare to be tracked: Cash will no longer be accepted at the toll gates of America's most famous bridge 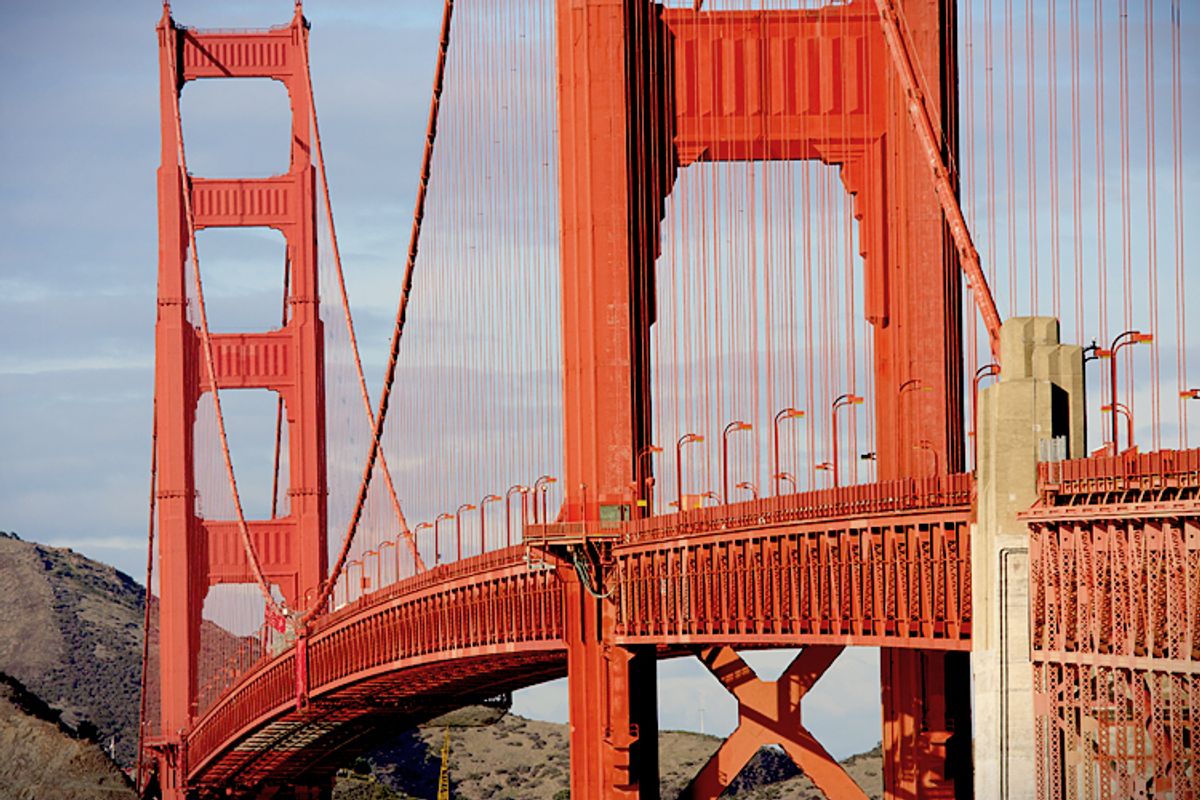 Another lurch forward into the all-surveillance-all-the-time society. As of March 27, the Golden Gate Bridge will no longer accept cash for tolls. If you want to cross between San Francisco and the Marin Headlands, better get your Fastrak account activated now.

Rest assured, if you don't have a Fastrak account, or you're a tourist or driving a rental car, you will still be allowed to cross the bridge. There are several ways to set up a one-time payment via credit card online either before or after driving across the Bay. And if you just whiz through the gates footloose and fancy free, Golden Gate Bridge cameras will automatically snap a picture of your license plate and mail the registered owner of your car an invoice.

So what do we think about this? I am not the kind of privacy absolutist who shuns all forms of electronic tagging as the mark of the beast. I've been a Fastrak user for many years and I love its convenience. I also appreciate that moving as many drivers to Fastrak as possible will speed up traffic on the Golden Gate. If I were a Golden Gate Bridge commuter, I'd probably be singing hosannas of praise.

But it still seems to me that there is a meaningful difference between presenting people with the voluntary option of adopting a technology that makes tracking their movements easier, and requiring that everyone get an RFID chip embedded in their frontal cortex, er, I mean, on their car's dashboard.

Fastrak acknowledges such concerns, albeit ludicrously, by providing a supposedly "anonymous" option to pay for a Fastrak account with cash. But the very page that offers that option notes that if you don't keep enough funds in your account to pay a toll, an invoice will be mailed to you afterward. A uniquely identifiable electronic tag tied to your license plate doesn't quite fit my definition of anonymous.

Again, in the great scheme of privacy violations, this is hardly an egregious travesty. It's transparent and solves a real problem. But it's also a reminder of just how much we're being watch, and photographed, and tracked, whether on our phones or in our cars, on the highway or in front of our computer.