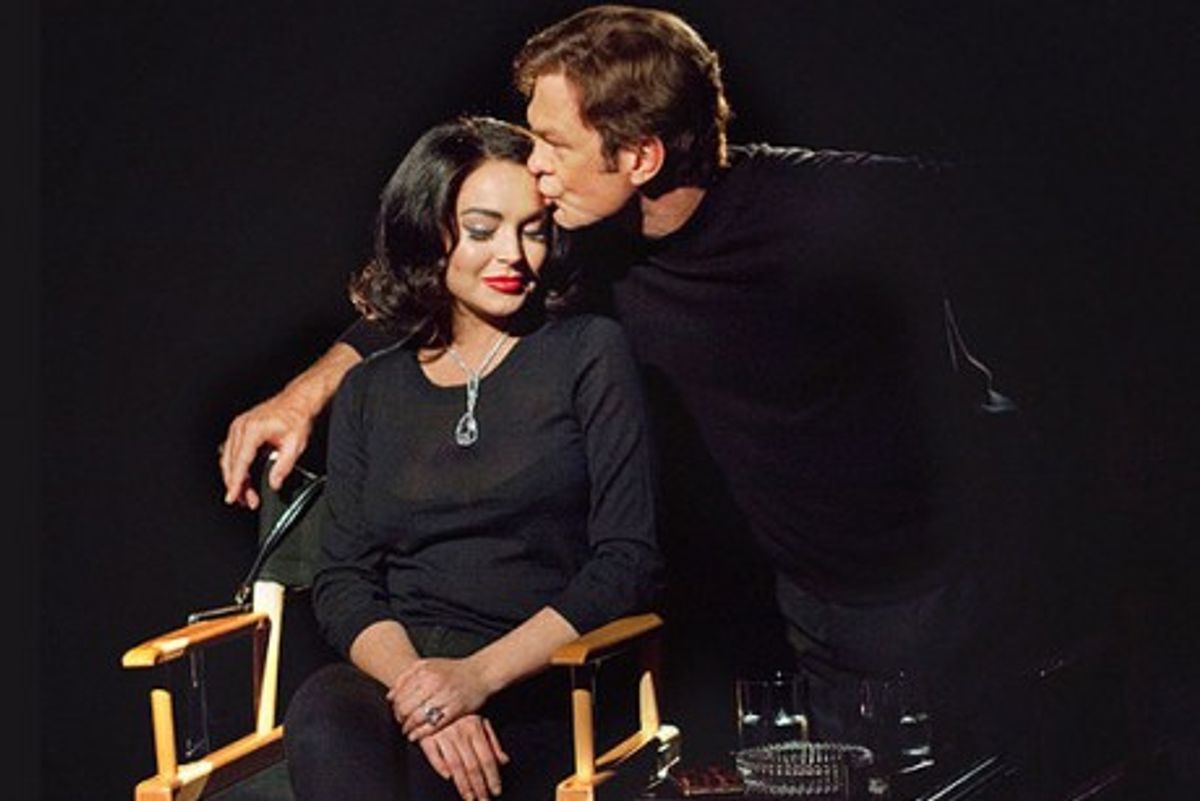 Tabloid staple and all-around trainwreck Lindsay Lohan is virtually uninsurable in Hollywood. But that didn't stop one man from doling out money to support the actress so she could act in Lifetime flop "Liz & Dick." Michael Braun, who claims to have loaned $110,000 to producer Rick Schwartz for the film, is suing the producer, who he says still owes him $73,000 of the balance. (Braun also now believes that Schwartz had no association with the film). According to the suit, "Schwartz failed to pay back the $110,000 and began providing Braun with misinformation to delay repayment."

But funding Lohan was a risky investment to begin with. She's accumulated so many infractions over the years--car wrecks, drug addiction, rehab stints--that she's become a liability to have on set; the cost of guaranteeing that she won't jeopardize or halt the production of a movie is generally so high that it's generally not worth it for a movie studio to pay the insurance fees. (Her most recent film, "The Canyons," had such a small budget that it didn't require insurance). In November, "Liz & Dick's" executive producer Larry Thompson told reporters that "We had to make a deal where there were pages and pages of ‘what if' clauses. There never was a ‘what if she can act' clause. It was about, ‘What if there is a car accident? What if there is a violation of her probation [and she's] incarcerated?' Those ‘what ifs' were plenty. She might be the most insured actress who ever walked on a soundstage. We tried to insure ourselves against things that could and, in fact, did happen." (Indeed, the actress had a car accident during the production of the telefilm).

At various times in their careers, actors such as Charlie Sheen and Robert Downey Jr. couldn't be insured either. But, as columnist Jay Epstein explained to NPR in 2005, even a health risk can relegate an actor to uninsurability, which is "a sort of living hell in Hollywood." This was the case for A-lister Nicole Kidman, whose knee injury prompted "Panic Room" producers to replace her with Jodie Foster instead. "For a while," explained Epstein, "Nicole Kidman was in the ranks of the uninsurable."

Another actress who was uninsurable (albeit only briefly)? Lohan's "Liz & Dick" muse, Elizabeth Taylor.