Presenting the best picture Oscar is one of the most visible moments of the year. And it's the same white guys 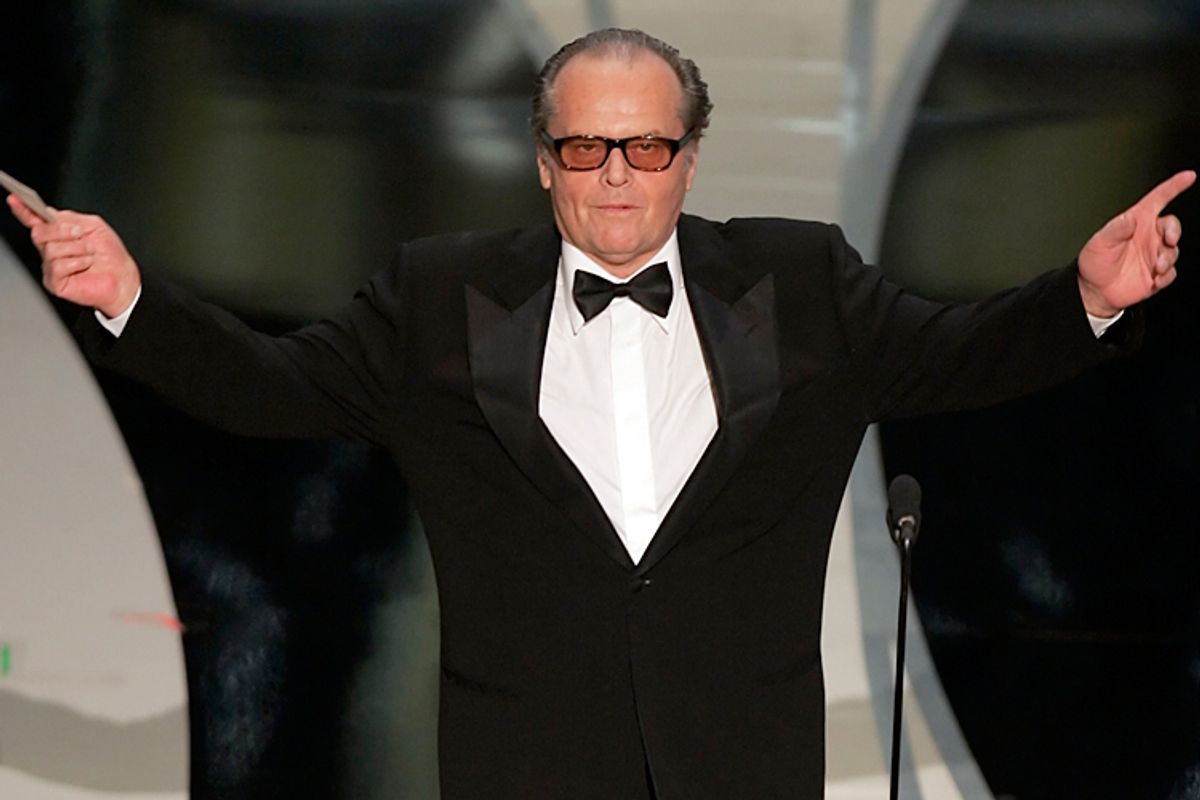 Jack Nicholson makes the Oscar presentation for "Crash" as the best motion picture of the year at the 78th Academy Awards Sunday, March 5, 2006, in Los Angeles. (AP/Mark J. Terrill)
--

It's the moment the entire night has been building toward -- the envelope denoting which film has been voted best picture is about to be opened. And the voice asking for a drumroll, please, belongs to one of the same four or five people.

The best picture presenter, the marquee spot of the evening, is a low-pressure, high-reward job -- and it used to reward rarely seen legends of Hollywood (Lillian Gish in 1981, Loretta Young in 1982, Laurence Olivier in 1985), or exciting, ascendant stars (Eddie Murphy in 1988, Cher in 1989, Jack Nicholson in 1972 -- before he'd won an Oscar). Given to the right person, it can honor a new star or pay homage to a star who isn't so familiar as to be unremarkable.

But these days, it's more likely to be a present-day Jack Nicholson than either a hot young thing or an intriguing recluse; the actor has presented seven times, and was one of the two final presenters announced by the academy today. (The other one? Dustin Hoffman, who's presented the trophy twice.)

There's either a fatal lack of imagination, or a certain sort of old-boys'-club bonhomie, at work here: Nicholson presented the best picture Oscar to his own film, "The Departed," in 2007 -- couldn't Diane Keaton have gone it alone? Michael Douglas presented the top prize in 2001, when "Traffic," in which he starred, was nominated; he did so again (with his dad, Kirk Douglas) in 2003, when his wife's heavily favored film, "Chicago," took the top prize. No one else could have done the job? Meryl Streep was there that night! So was Kathy Bates! If the academy could convince Steven Spielberg to present best picture this year, as his film "Lincoln" is nominated, they likely would.

Given that the academy lately tends to pick actors or directors who've had long careers and an Oscar nomination or five, the only other realistic options for the night's final presenter among the announced guests are Michael Douglas (again!) or Jane Fonda, who'd be a fine choice -- the first solo female presenter since Barbra Streisand in 1991. Fonda has already announced that she will be presenting the lesser best director prize, alongside Douglas.

Practically every year, the Oscar producers say they'll be shaking things up -- and practically every year Steven Spielberg, Jack Nicholson, Michael Douglas or a Tom takes to the stage at evening's end. Melissa McCarthy will be in the house on Sunday night -- so will Salma Hayek, Charlize Theron and other stars who haven't grown so familiar at the end of an Oscarcast as to seem like kindly parents, tucking us in. Joanne Woodward, Faye Dunaway, Doris Day and other great stars who no longer work much may well be watching from home.

Let one of them open the envelope and announce "Argo" or "Lincoln" or maybe "Silver Linings Playbook" -- and let Jack present best sound editing for once.