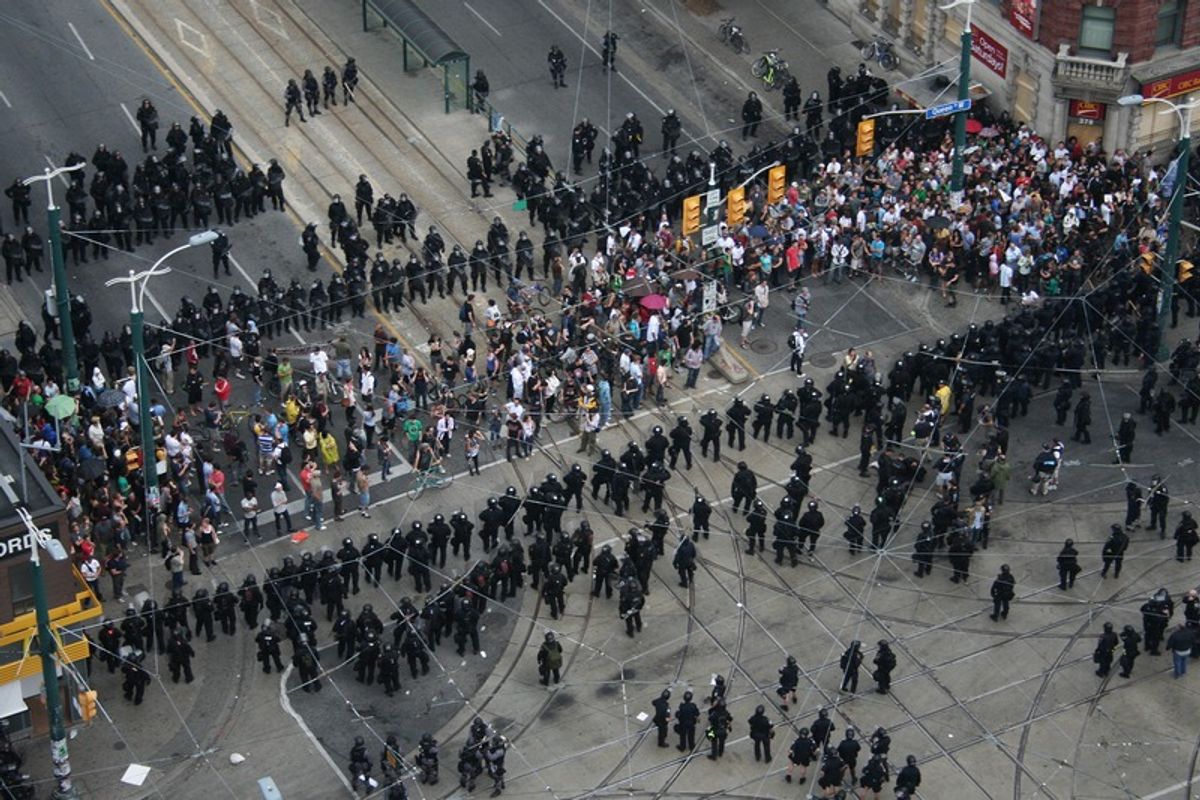 Over two years since the G20 summit in Toronto, which saw a significant amount of property damage exacted on the city, an American activist has been arrested and faces extradition to Canada.

Joel Bitar was granted bail for $500,000 and will face an extradition hearing in March, according to a release published Friday at SuppotJoel.Com:

On Thursday, February 14th, at 6 o’clock in the morning, federal marshals arrested an American activist, Joel Bitar, in his New York, NY home on a provisional arrest warrant issued by the US Attorney’s office, acting on a foreign extradition request from Canadian authorities. The complaint against Joel cites 26 counts, almost all relating to property damage that occurred during the G20 summit protests in Toronto, Ontario, Canada in June 2010.

In 2010 it was announced that extradition was being sought for three Americans on property damage charges. However, no arrests have been made until this month.

According to the release, the assistant U.S. Attorney has stated that Bitar's charges are "extraditable offenses that endangered Canadian citizens." As the release also notes, however, the extradition of a protester for property damage is "almost unprecedented in the histories of both the United States and Canada."

Messages of support for Bitar from activist and anarchist circles in New York and beyond quickly spread online. "We are in solidarity with Joel Bitar — who is a friend, a son, a nephew, a Palestine solidarity activist, a co-worker, a prospective nursing student," noted the release on his support site. Another online commenter wrote of  Bitar that he "has a pure heart and true courage." "This is terrifying," the commenter noted.