10 celebs you didn't know were atheists 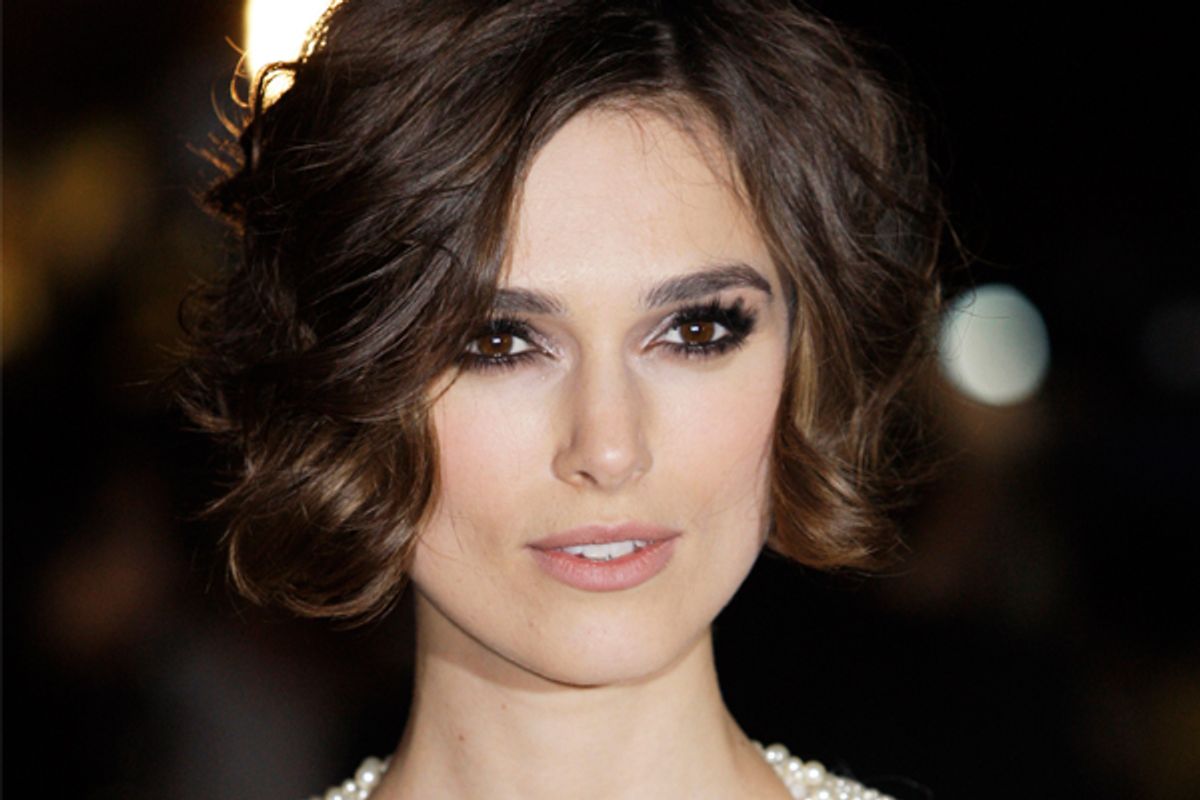 It’s almost Oscar season, and we all know what that means: a parade of well-dressed, trophy-clutching men and women thanking their friends, family, spouses, and above all, God. As I watch the Academy Awards each year, I’m always left wondering: Aren’t there any atheist celebrities?

Sure, there are a few famous ones who are essentially defined by their lack of adherence to organized religion. Woody Allen, for example, is the quintessential Jewish-atheist. In his autobiographical film "Stardust Memories," Allen's character explains that his atheism is not simply an aspect of his identity; it’s a cosmic act of resistance: "To you, I'm an atheist,” he says. “To God, I'm the loyal opposition."

In fact, the iconic Allen is actually only one member of a growing club: high-profile celebrities who are finally coming out about their atheism. Regardless of the outcome of Sunday’s awards (I’m still pulling for Quvenzhané Wallis) the presence of many of these performers on the red carpet is certainly something to celebrate.

From her stint as Lara Croft to her 180-degree shift to being a UN ambassador, Jolie has never been one to follow conventions or expectations. So it’s no surprise that she’d be up front about her atheism. In an interview with the A.V. Club, she answered the question, “Is there a God?” with the conciliatory yet firm answer:

“Hmm … For some people. I hope so, for them. For the people who believe in it, I hope so. There doesn’t need to be a God for me. There’s something in people that’s spiritual, that’s godlike. I don’t feel like doing things just because people say things, but I also don’t really know if it’s better to just not believe in anything, either.”

As to whether they're going to raise their six children to be atheists, Jolie and partner Brad Pitt (see No. 5) haven't yet said.

Grammy-winning singer and songwriter Ani DiFranco is not one to shy away from political causes. A feminist and anti-war activist, DiFranco is so adamantly anti-corporate that she founded her own record label, Righteous Babe Records, at 19 years old. She’s also an outspoken atheist with the reasoning that achieving social justice on earth should be the role of humans, not a higher power.

"I'm an atheist ... how unfortunate it is to assign responsibility to the higher up for justice amongst people,” she explained in an interview in 2000 in the Progressive.

Atheism as a path toward collective salvation on this earth...how’s that for a reason to be non-religious?

Oscar-winning actor Jodie Foster may not believe in God, but that doesn’t stop her from having some ritualistic fun. From trimming the Christmas tree to ruminating about Ramadan, Foster and her family observe religious traditions without actually believing in the existence of a higher presence.

In an interview with Entertainment Weekly she explained, “I'm an atheist. But I absolutely love religions and the rituals. Even though I don't believe in God. We celebrate pretty much every religion in our family with the kids. They love it, and when they say, 'Are we Jewish?' or 'Are we Catholic?' I say, 'Well, I'm not, but you can choose when you're 18. But isn't this fun that we do seders and the Advent calendar?'"

I don’t know about you, but when I try to imagine what God would look like if he were male (since everyone knows that God, if she existed, would look like Toni Morrison), I pretty much imagine Morgan Freeman. I’m clearly not the only one, since the Oscar-winning actor has played God not once but twice in his career. But off the set, Morgan Freeman does not believe in the Man (capital ‘m’) himself.

In an interview with the Grio, he explained, “My belief system doesn’t support a creator as such, as we can call God, who created us in his/her/its image,” Freeman said. “Has anybody ever seen hard evidence?”

But there’s a twist. Freeman doesn’t actually define himself as an atheist since he believes God exists -- as a human creations. “We invented God,” Freeman said. Luckily for him, since God seems to be one of Freeman’s best characters.

A lot of inter-religious couples fight about traditions and how to raise their children. Luckily for Angelina Jolie, her partner Brad Pitt is also something of an atheist. The actor was raised a Southern Baptist, but the religious life didn’t suit the rising star, and he soon converted to a blend of atheism and agnosticism.

“I'm probably 20 percent atheist and 80 percent agnostic. I don't think anyone really knows. You'll either find out or not when you get there, until then there's no point thinking about it,” he said in an interview with the New York Daily News.

If anyone ought to thank some type of higher being for the pleasures of life, it should be Hugh Hefner. But the Playboy mogul (and happily married husband of a 26-year-old model) doesn’t believe in any higher power.

“It's perfectly clear to me that religion is a myth. It's something we have invented to explain the inexplicable,” Hefner said in an interview with Playboy magazine.

It’s a surprising stance for a man who appears to live in a fairy tale world of patriarchy and male sexual domination.

Most atheist celebrities strike a pretty non-confrontational tone when talking about religion, using the “there’s a God if you want there to be” line likely in efforts not to lose religious fans. But that’s not the approach Seth MacFarlane, the creator of "Family Guy," has adopted.

When asked in an interview with Esquire why he’d grown so vocal about his atheism, he explained, “We have to. Because of all the mysticism and stuff that's gotten so popular ... It's like the civil-rights movement. There have to be people who are vocal about the advancement of knowledge over faith.”

In his television show he’s even more explicit about his lack of faith in a higher being, a stance that inspired the conservative group Parents Television Council to name it the “Worst Show of the Week.”

Keira Knightley may look heavenly, but she’s explicitly atheist. Her atheism isn’t, however, something that she’s always happy about. Instead, she thinks it limits her fun, and the actress has joked that she’d prefer to be a Catholic.

“If only I wasn't an atheist, I could get away with anything,” she said. “You'd just ask for forgiveness and then you'd be forgiven. It sounds much better than having to live with guilt.”

Similar to Ani DeFranco, actor Julianne Moore has used her celebrity to support a host of liberal causes. From sitting on the board of Planned Parenthood to vocally supporting marriage equality, Moore has been a leading voice in the progressive movement. She’s also an outspoken atheist. So when Moore was confronted by a reporter wanting to know what she’d say to God at the gates of Heaven, she blurted out, “Wow, I was wrong, you really do exist!"

How’s that for an honest, off-the-cuff answer?

Harry Potter star Daniel Radcliffe isn’t just an atheist. Perhaps realizing it was even harder to defeat wrongdoers in the real world than in his movies, Radcliffe said in an Esquire interview, “[I’m] a militant atheist when religion starts impacting on legislation.”

This comment coupled with the general paganism of his films has made him an enemy of the American far right. So, perhaps in efforts to add more flames to the fire, Radcliffe also declared that it was “awesome” how people sometimes assume he is gay.

“I grew up around gay people my entire life, basically, that’s possibly why I’m quite camp, and some people think I’m gay when I meet them, which I think is awesome. It’s always good to keep them guessing,” he said.