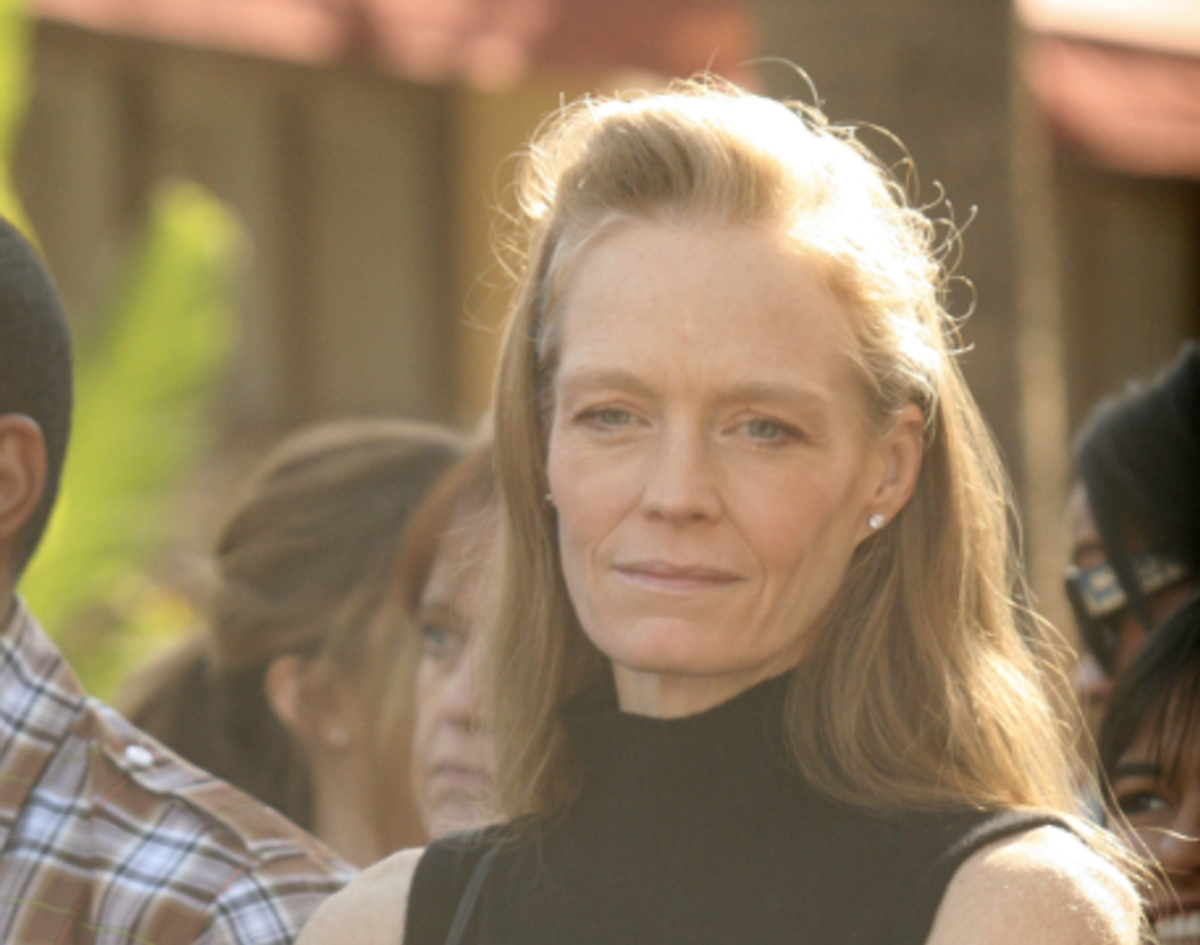 Most celebrities want to make a statement on the red carpet, but Suzy Amis Cameron wants to make a statement statement. About green design and long-term sustainability, specifically. But the Academy Awards, a night of $20,000 gowns and mega-bling, don't exactly scream eco-fashion. That could change, says Cameron.

As the wife of director James Cameron, Suzy had attended her fair share of Hollywood events, and wanted to see her values as an environmentalist reflected in what she wore on the red carpet. But while organic cotton T-shirts might be on the racks at H&M (unethically produced as they may be), natural dyes and sustainable fibers aren't exactly de rigueur in high fashion.

Which is precisely the problem that Cameron ran up against with the "Red Carpet, Green Dress" design contest she started to raise money for MUSE school, which she founded with sister Rebecca Amis in 2006. "Deborah Lynn Scott was our mentor designer that year, and she came to me and told me she couldn't find [eco-friendly] fabric. Now, for me, I just assumed it was going to be an easy thing: They would make a dress and I would wear it. But it opened up a whole other world of what really happens in the fashion industry," Cameron said.

"We were trying to source something called 'peace silk' because a lot of the people who had sent in their entries wanted to use it. So we started researching and found that they were using children to harvest the silk. They were also giving them slingshots to kill the birds who were trying to eat the worms. So, all of a sudden, there was not just an environmental responsibility but a social responsibility as well."

It's not an uncommon problem. Environmental sustainability and ethical labor are all too often viewed as separate issues, so you tend to get one without the other. Even when the objective is to be ethical, designers can still fall short, as we saw this summer with the labor abuses involved in producing the Stella McCartney-designed uniforms for the London Olympics.

But even in couture, where highly skilled and often well-paid ateliers produce the gowns, the fabrics they're using can be toxic.

"The dyes that they're using -- a majority of them -- are toxic and they go into the waterways," Cameron said. "It was then that I realized that it was much, much bigger than a pretty dress to wear on the red carpet."

So what's the solution? Getting innovative, for one thing. Since its first challenging year, Cameron has continued the "Red Carpet, Green Dress" contest in partnership with sustainability institute Cradle to Cradle, where each year they give a young designer an opportunity to dress an A-list celebrity in eco-haute couture.

"It's challenging. There's not a huge demand for sustainable fabric yet." But, in the meantime, designers can get creative to meet the contest's eco imperative. "It doesn't have to be this virgin fabric," Cameron says. "I know quite a few eco designers who build dresses out of old couture gowns. They disassemble, 'upcycle' and reuse them in extraordinary ways. To me, that's a sustainable way of doing things."

And Cameron has hope that the niche origins of her green design competition will make a broader impact in how stars, and regular folks, dress -- on the carpet and off. "I think there is more demand. I've been able to see the trajectory over the last four years. I think it's in the forefront of a lot of people's minds right now -- how we can do things in a greener way." And she's seen progress in her corner of the celebrity world.

"The first year I was the only person on the red carpet wearing an environmentally friendly dress. Two years ago, there were two. Last year, there were five dresses at the Oscars."

This year, "Red Carpet, Green Dress" has Vivienne Westwood mentoring British up-and-comer Michael Badger to outfit "Skyfall" actress Naomie Harris. And while the winning design has to remain a secret until Sunday, Cameron did reveal one detail about the gown: It's going to be yellow.

Rather than harsh synthetic dyes, Badger used seeds from chamomile and goldenrod to create the dress's golden hue, to Cameron's genuine delight: