What really happened in the bin Laden raid

A video chronicling the night of the raid and its aftermath, from the perspective of the Navy SEAL who shot him 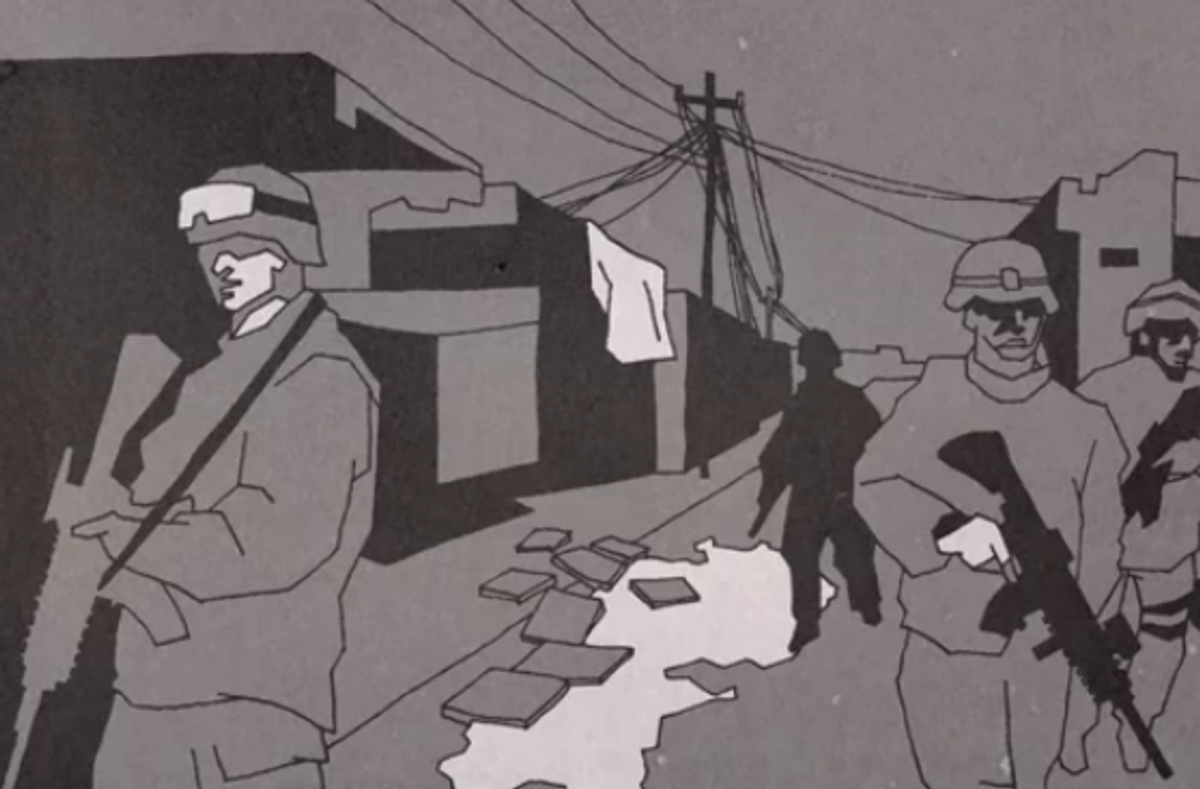 The story of the CIA's manhunt for Osama bin Laden is back in the media spotlight thanks to Kathryn Bigelow's "Zero Dark Thirty," the fictionalized account of the raid, which is up for best picture in today's Oscar ceremony.

Amid the discussion over the film's accuracy (which even triggered a Senate investigation into the CIA's cooperation with Biglelow), the Navy SEAL who fired those three critical shots into bin Laden has for the first time ever relayed his account of what happened, including its aftermath, in a profile by Phil Bronstein for Esquire. Bronstein reported the story in conjunction with the Center for Investigative Reporting, which has released an 18-minute film version of the Navy SEAL's gripping story. The film is relayed in graphic novel format and narrated by a voice actor to protect the shooter's anonymity.