How could the Onion's Quvenzhané Wallis tweet go so wrong? 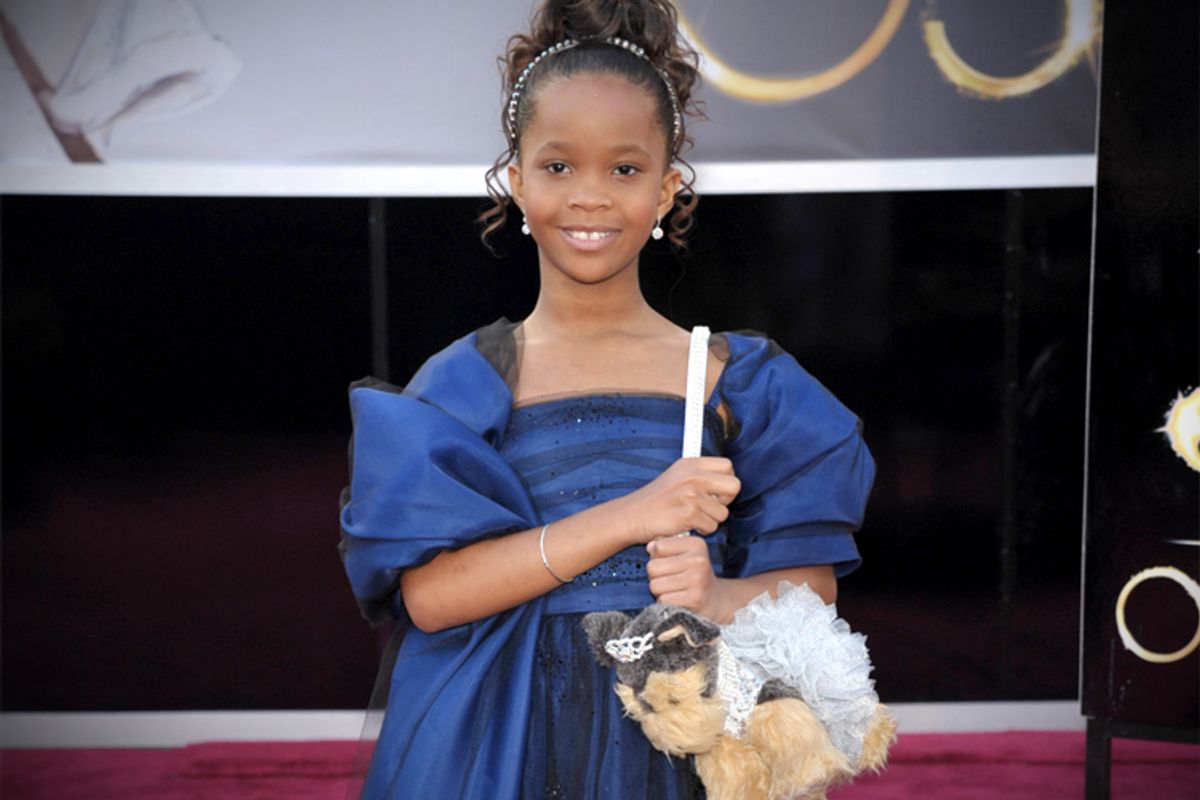 Update: Steve Hannah, CEO of the Onion, has issued a heartfelt apology to Quvenzhané Wallis and the Academy of Motion Picture Arts for the offensive tweet and has announced plans to discipline the person(s) responsible:

On behalf of The Onion, I offer my personal apology to Quvenzhané Wallis and the Academy of Motion Picture Arts and Sciences for the tweet that was circulated last night during the Oscars. It was crude and offensive—not to mention inconsistent with The Onion’s commitment to parody and satire, however biting.

No person should be subjected to such a senseless, humorless comment masquerading as satire.

The tweet was taken down within an hour of publication. We have instituted new and tighter Twitter procedures to ensure that this kind of mistake does not occur again.

In addition, we are taking immediate steps to discipline those individuals responsible.

Miss Wallis, you are young and talented and deserve better. All of us at The Onion are deeply sorry.

Satire, as any comedian will tell you, is hard to get right: A great satirist has to both ground a joke in reality, while  simultaneously teasing out enough absurdity to turn it into commentary. Condensing this into a pithy headline for laughs is harder, still: A casual observation has to bend itself into something that can surprise readers in just a few words.

And yet, that is something the Onion does, and has done, very well for years, even with sensitive subject matter: Its headline "F*ck Everything, Nation Reports" was able to make people smile again after Sandy Hook; they turned the bizarre logic of racism on its head with an Op-Ed by George Washington in 2012  saying, "I Thought We'd Have Flying Slaves By Now" and they managed to swing a headline mentioning rape, thanks to Todd Akin: "Pregnant Woman Relieved to Learn Her Rape Was Illegitimate."

The Onion has been pushing the boundary on its humor, and it's largely been rewarded for the risks: It's got the admiration of Joe Biden and all of North Korea (OK, maybe not North Korea), its traffic has grown 51 percent in just a year-and-a-half and advertisers seem to be happy.

But during an already very awkward and offensive Oscars ceremony last night, the Onion perhaps took one too many cues from host Seth MacFarlane and crossed the boundary of bold, landing well into offensive territory.  They sent out this tweet, aimed at the precocious 9-year-old star of breakout movie "Beasts of the Southern Wild," Quvenzhané Wallis: Most likely -- the Onion has not yet responded to Salon for comment -- whoever tweeted that was trying to bring America's fawning obsession with the child star down a notch with a dose of schadenfreude. But that's not how most of the Internet interpreted it. At best, the tweet reads like a degrading attack on a child; at worst, it's a racially tinged degrading attack on a child, by virtue of the fact it dredges up memories of those offensive tweets directed at Rue from "The Hunger Games," another young, black, female child actress in her breakout role. Also, it turns out that no one really thinks calling a child a c-word is funny.

The Onion must have realized its misstep, as it deleted the tweet within an hour. But not before igniting a serious firestorm:

Some are so outraged that they want to boycott the comedy organization altogether:

But maybe -- just maybe -- there is still a sliver of comedy in all of this?