"I begged them to stop"

Waterboarding Americans and the redefinition of torture 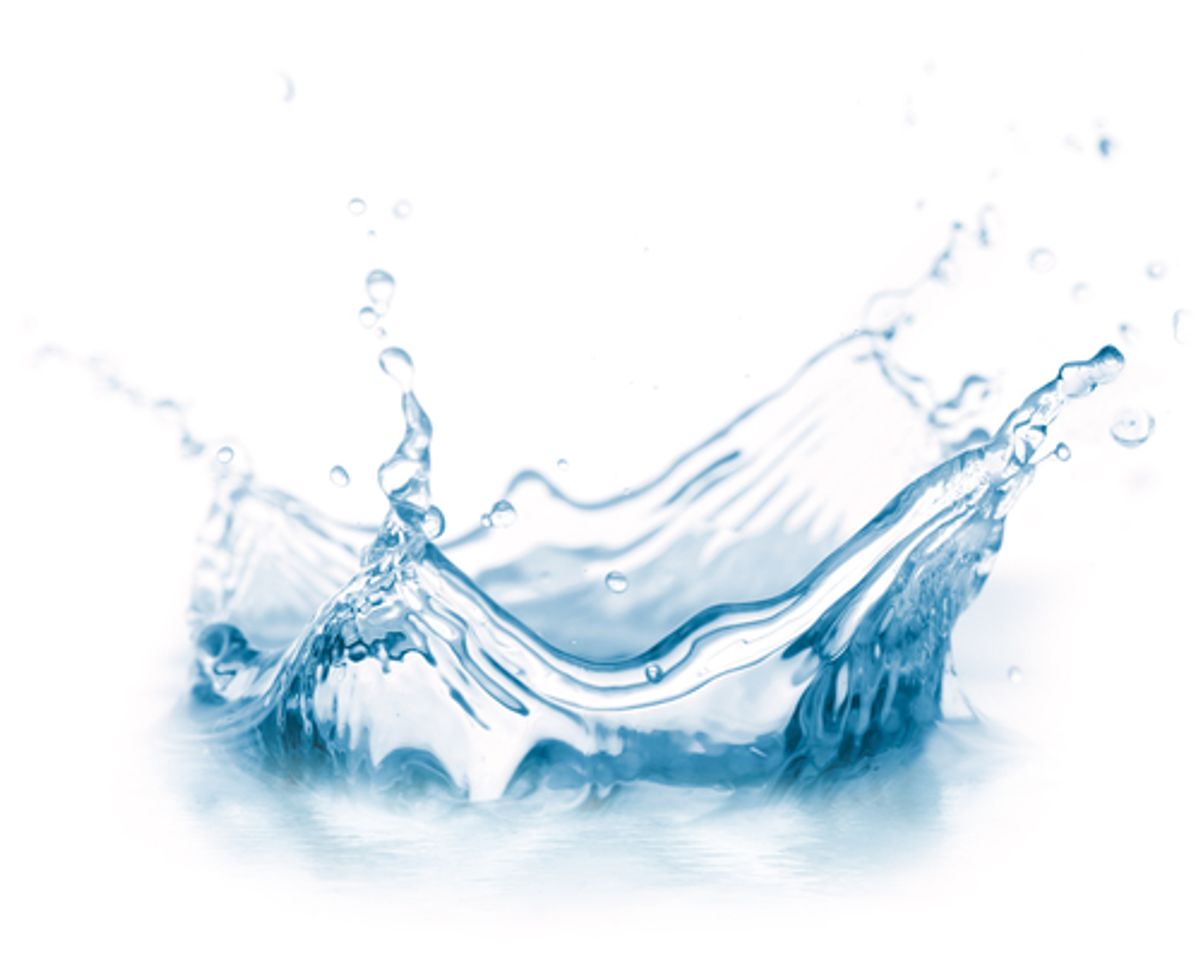 Try to remain calm -- even as you begin to feel your chest tighten and your heart race.  Try not to panic as water starts flowing into your nose and mouth, while you attempt to constrict your throat and slow your breathing and keep some air in your lungs and fight that growing feeling of suffocation.  Try not to think about dying, because there’s nothing you can do about it, because you’re tied down, because someone is pouring that water over your face, forcing it into you, drowning you slowly and deliberately.  You’re helpless.  You’re inagony.

In short, you’re a victim of “water torture.” Or the “water cure.”  Or the “water rag.”  Or the “water treatment.” Or “tormenta de toca.”  Or any of the othernicknames given to the particular form of brutality that today goes by the relatively innocuous term “waterboarding.”

The practice only became widely known in the United States after it was disclosed that the CIA had been subjecting suspected terrorists to it in the wake of 9/11.  More recently, cinematic depictions of waterboarding in the award-winning film Zero Dark Thirty and questions about it at the Senate confirmation hearing for incoming CIA chief John Brennan have sparked debate.  Water torture, however, has a surprisingly long history, dating back to at least the fourteenth century.  It has been a U.S. military staple since the beginning of the twentieth century, when it was employed by Americans fighting an independence movement in the Philippines.  American troops would continue to use the brutal tactic in the decades to come -- and during the country’s repeated wars in Asia, they would be victims of it, too.

For more than a decade, I’ve investigated atrocities committed during the Vietnam War.  In that time, I’ve come to know people who employed water torture and people who were brutalized by it.  Americans and their South Vietnamese allies regularly used it on enemy prisoners and civilian detainees in an effort to gain intelligence or simply punish them.  A picture of the practice even landed on the front page of the Washington Post on January 21, 1968, but mostly it went on in secret.

Long-hidden military documents help to fill in the picture.  "I held the suspect down, placed a cloth over his face, and then poured water over the cloth, thus forcing water into his mouth,” Staff Sergeant David Carmon explained in testimony to Army criminal investigators in December 1970.  According to their synopsis, he admitted to using both electrical torture and water torture in interrogating a detainee who died not long after.

According to summaries of eyewitness statements by members of Carmon’s unit, the prisoner, identified as Nguyen Cong, had been "beat and kicked," lost consciousness, and suffered convulsions.  A doctor who examined Nguyen, however, claimed there was nothing wrong with him.  Carmon and another member of his military intelligence team then "slapped the Vietnamese and poured water on his face from a five-gallon can," according to a summary of his testimony.  An official report from May 1971 states that Nguyen Cong passed out "and was carried to the confinement cage where he was later found dead.”

Years later, Carmon told me by email that the abuse of prisoners in Vietnam was extensive and encouraged by superiors.  "Nothing was sanctioned," he wrote, "but nothing was off-limits short of seriously injuring a prisoner."

It turns out that Vietnamese prisoners weren’t the only ones subjected to water torture in Vietnam.  U.S. military personnel serving there were victims, too.  Documents I came across in the U.S. National Archives offer a glimpse of a horrifying history that few Americans know anything about.

“I had a ‘water job’ done on me,” one former American prisoner told a military investigator, according to a 1969 Army report.  “I was handcuffed and taken to the shower… They held my head under the shower for about two minutes and when I’d pull back to breath, they beat me on the chest and stomach.  This lasted for about 10 minutes, during which I was knocked to the floor twice.  When I begged for them to stop, they did.”

Another said that his cellmate had rolled their cigarette butts together to fashion a full cigarette.  When the guards discovered the “contraband,” they grabbed him and hauled him to the showers.  “Three of the guards held me and the other one held my face under the shower,” he testified.  “This lasted quite a while and I thought I was going to drown.”  Afterward, he said, the same thing was done to his cellmate who, upon returning, admitted that “he confessed” as a result of the torture.

Still another captive testified that handcuffed prisoners were taken to the showers.  “The guards would hold the prisoner’s head back and make him swallow water,” he explained.  “This treatment would cause the prisoner to resist which would give the guards an excuse to punch the prisoner.”  He also testified that it was no isolated incident.  “I have witnessed such treatments about nine times.”

This wasn’t, in fact, the first time Americans had been subjected to water torture while at war in Asia.  During World War II, members of the Japanese military used water torture on American prisoners.  “I was given what they call the water cure," Lieutenant Chase Nielsen testified after the war.  When asked about the experience, he answered:  “I felt more or less like I was drowning, just gasping between life and death."

The same tortures were also meted out to American pilots captured during the Korean War.  One described his treatment this way: “They would bend my head back, put a towel over my face, and pour water over the towel. I could not breathe... When I would pass out, they would shake me and begin again.”

For their crimes against prisoners, including water torture, some Japanese officers were convicted and sentenced to lengthy prison terms, while otherswere executed.

The legal response to torturers in Vietnam was very different.  While investigating allegations against Staff Sergeant Carmon, for instance, Army agents discovered within his unit a pattern of "cruelty and maltreatment" of prisoners that went on from March 1968 to October 1969.  According to anofficial report, Army agents determined that the evidence warranted formal charges against 22 interrogators, many of them implicated in the use of water torture, electrical torture, beatings, and other forms of mistreatment.  But neither Carmon nor any of the others was ever charged, court martialed, or punished in any way, according to the records.

There was similar impunity for -- in one of the more bizarre uses of water torture -- Americans who tortured Americans in Vietnam.  Although a 1969 Army Inspector General’s report into “alleged brutality and maltreatment” noted that “the water treatment was administered as a form of punishment and constitutes a form of maltreatment of prisoners,” those who water-tortured American personnel were never tried, let alone sentenced to long prison terms or executed for their crimes.  In fact, those implicated -- Army guards working at the American detention facility informally known as Long Binh Jail -- apparently escaped any punishment whatsoever.

This record of impunity has continued in more recent years.  While the CIA has acknowledged its use of waterboarding after 9/11 and President Obama has unambiguously stated that the practice is a method of torture, his administration declared that no one would be prosecuted for utilizing it or any other “enhanced interrogation technique.”  As a CIA spokesperson pointed out to ProPublica last year, after reviewing the Agency’s treatment of more than 100 detainees, the Department of Justice “declined prosecution in every case."

The 1969 Inspector General’s report on American torture of American prisoners unequivocally defined the “water treatment” meted out to jailed American military personnel as “cruel or unusual.”  Bush administration lawyers in the post-9/11 years, however, attempted to redefine the drowning of defenseless prisoners as something less than torture, basically turning the clock back to the ethical standards of the Spanish Inquisition.

At least that 1969 report noted that water torture “was administered without authority” to those American prisoners.  The current situation has been radically different.  In recent years, it wasn’t merely low-level brutalizers and their immediate superiors who sanctioned and approved torture techniques, but senior White House officials, including National Security Adviser Condoleezza Rice and Vice President Dick Cheney.  From George W. Bush’s own memoir, we know that the previous president gave an enthusiastic order (“Damn right!”) to subject other human beings to water torture, just as we know that President Obama has made certain no one in the government involved in ordering or facilitating such acts would ever answer for any of them.

In 1901, an American officer was sentenced to 10 years at hard labor for waterboarding a Filipino prisoner.  By the late 1940s, the centuries-old practice was so reviled that significant prison time or even death lay in store for those using it.  In the late 1960s, it was still viewed as a cruel and unusual punishment, even if U.S. troops who tortured Vietnamese and American captives weren’t subject to prosecution for it. In the twenty-first century, as water torture moved from Southeast Asian prison showers to the White House, it also morphed into an “enhanced interrogation technique.”  Today, the president’s pick to head the CIA refuses even to label waterboarding as “torture.”

What does it say about a society when its morals and ethics on the treatment of captives go into reverse? What are we to make of leaders who authorize, promote, or shield such brutal practices or about citizens who stand by and allow them to happen?  What does it mean when torture, already the definitionof “cruel,” becomes usual?

Nick Turse is the managing editor of TomDispatch.com and a fellow at the Nation Institute.  An award-winning journalist, his work has appeared in theLos Angeles Times, the Nation, and regularly at TomDispatch. He is the author most recently of the New York Times bestseller Kill Anything that Moves: The Real American War in Vietnam (The American Empire Project, Metropolitan Books).  You can watch his recent conversation with Bill Moyers about that book by clicking here.  His website is NickTurse.com.  You can follow him on Tumblr and on Facebook.