It's not just the host: From the "Jaws" music to a tap on the shoulder, the winners are rushed off the stage 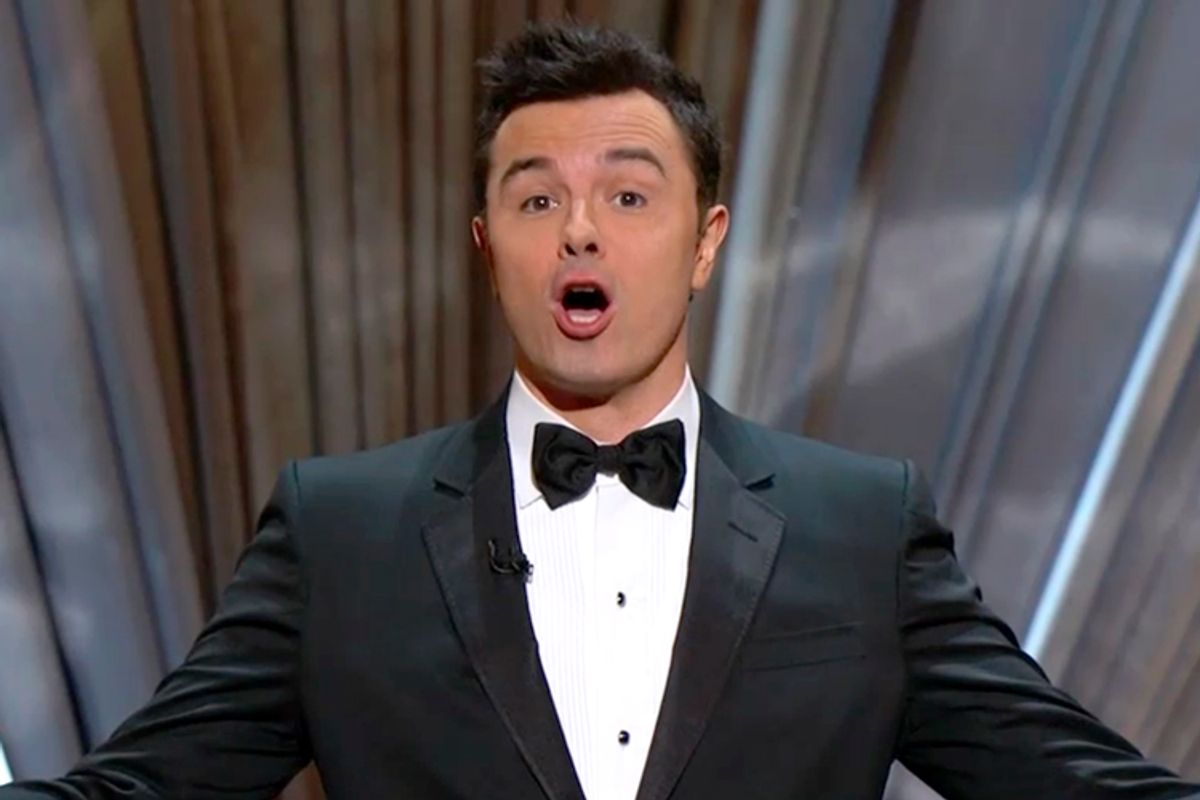 This year's Oscars continued a familiar tradition -- running lengthy clip sequences at the expense of Oscar winners' speeches -- this year, winners have been interrupted by intrusive music and mic cuts as they thank their friends, family and colleagues.

The same exact thing, less the Nicole Kidman cutoff, happened to the makers of "Searching for Sugar Man," the best documentary feature.

Meanwhile, Seth MacFarlane's opening number featured numerous musical numbers -- including one mocking actresses who'd played nude, in an apparent tribute to the theory of the male gaze -- and cutaways to William Shatner, and a lengthy medley of songs from "Les Misérables."

Notoriously, the songwriters behind "Once" were cut off in 2007 after winning the best original song trophy and Jon Stewart ushered them back to fully thank their colleagues.