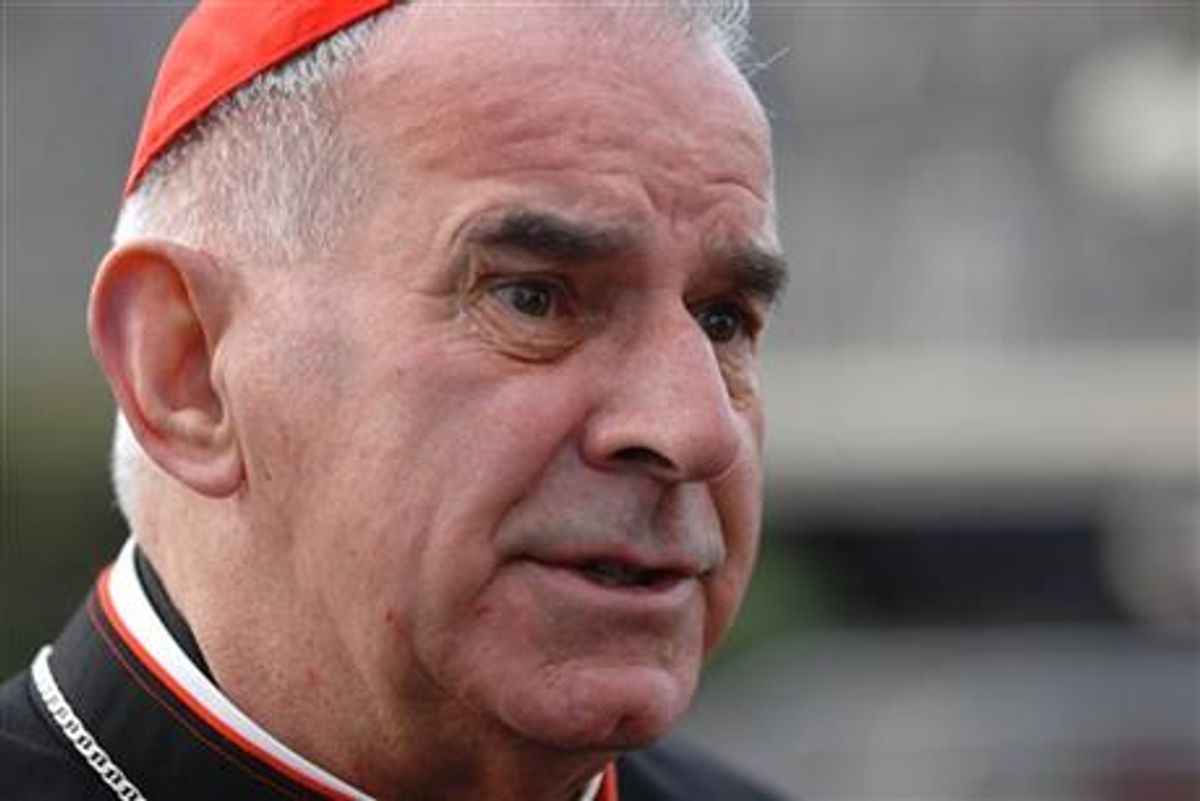 Britain’s most senior Roman Catholic cleric, Cardinal Keith O’Brien, has resigned amid allegations of “inappropriate acts” with three priests and one former priest. O'Brien has denied the claims.

The 74-year-old cardinal had submitted his resignation as Archbishop of St. Andrews and Edinburgh to Pope Benedict XVI in late 2012, but said in a statement Monday: "The Holy Father has now decided that my resignation will take effect today."

According to a report in The Observer, which was apparently based on church sources with access to the Vatican file on O'Brien, three priests and one former priest from the diocese of St. Andrews and Edinburgh registered a formal complaint against O'Brien to the Pope's representative to Britain, Archbishop Antonio Mennini. In it, they detail inappropriate and unwelcome physical contact with the cardinal, allegations that date back more than 30 years. The complainants demanded that O'Brien resign immediately.

It is the second scandal to emerge in the weeks since Pope Benedict announced his resignation. Last week, Italian news daily La Repubblica reported that gay members of the clergy have been blackmailed by male prostitutes.

The Vatican has refused to comment on the report from La Repubblica, but announced that it will investigate allegations against O'Brien.

O'Brien will not be attending the conclave of cardinals that will choose the successor to Pope Benedict in March, which means that Britain's Roman Catholics with no vote in the election.

The cardinal has denied any wrongdoing, but alluded to the allegations in his statement of resignation on Monday:

I have valued the opportunity of serving the people of Scotland and overseas in various ways since becoming a priest. Looking back over my years of ministry: for any good I have been able to do, I thank God. For any failures, I apologise to all whom I have offended.