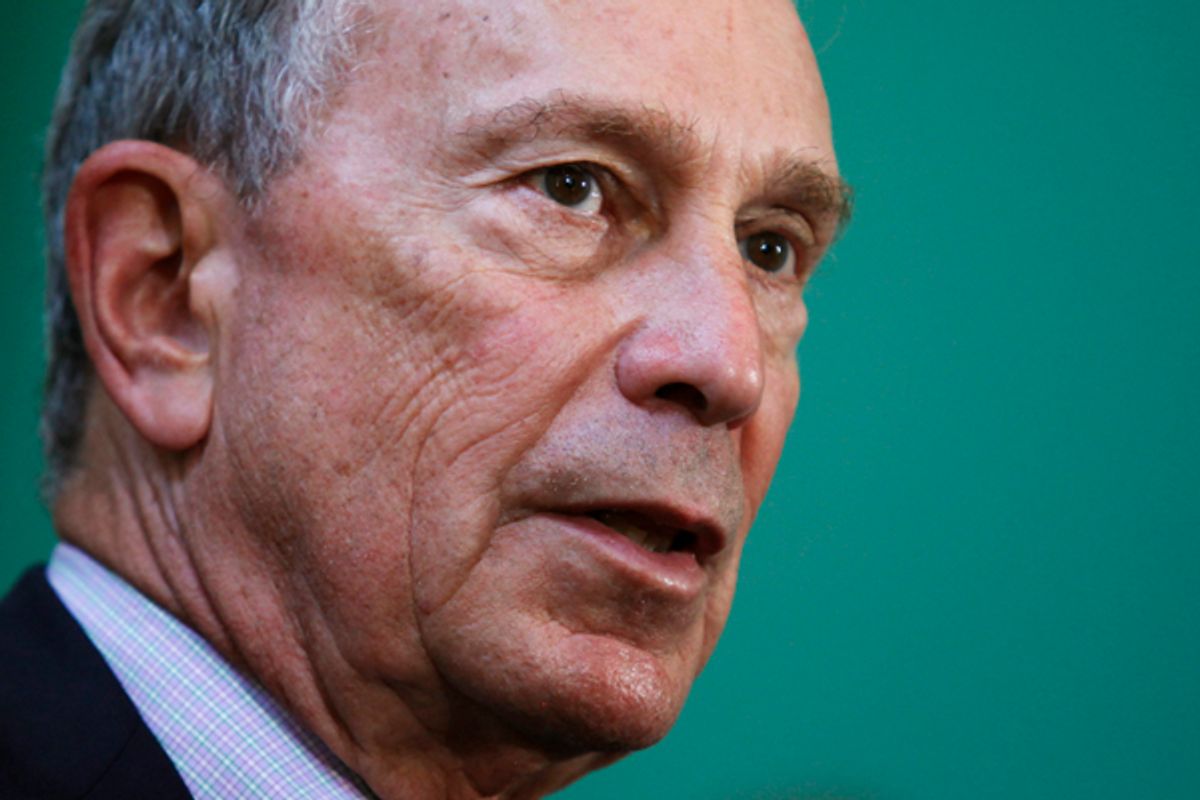 Today offers the first ballot box test of how significantly the politics of gun violence have changed since Sandy Hook.

The venue is the Chicago-based House district that Jesse Jackson Jr. represented until his recent resignation. Three main candidates have emerged in the run-up to today’s Democratic primary, which will essentially select Jackson’s replacement, given the district’s overwhelming Democratic bent. And virtually the entire campaign dialogue has been driven by guns.

The force behind this is, oddly enough, the mayor of New York. Michael Bloomberg, who spent years beating the drum for new gun regulations even just about every prominent national leader from both parties ignored the subject, has zeroed in on the race as an opportunity to make a loud statement. A super PAC he created last fall has dumped more than $2 million into the race.

The bulk of it has gone toward attacking Debbie Halvorson, who represented a nearby district in the House from 2009 to 2011 and racked up strong ratings from the NRA. Running in the more Democratic 2 District, which included parts of Chicago where gun violence has been surging, she’s refused to back away from her opposition to a renewed assault weapons ban – one of the agenda items that President Obama has endorsed and urged Congress to pass.

The rest of Bloomberg’s money has gone to propping up Robin Kelly, a former state representative who waged a losing bid for state treasurer in 2010. Kelly is running as a champion on gun control and Bloomberg began running ads on her behalf about 10 days ago. The broadcast network airwaves in Chicago are expensive and his pro-Kelly/anti-Halvorson spots have been the only campaign ads that viewers of the city’s big television stations have seen.

Heading into today, Kelly is considered the favorite. Even without the gun issue, Halvorson isn’t a natural fit for the district, which was stretched out to include more suburban areas in the most recent round of redistricting. Sensing an opening, she challenged the scandal-plagued Jackson in last year’s Democratic primary, but was crushed, barely cracking 20 percent of the vote. Her best hope in the current race has always been to benefit from a splintered field, and when more than a dozen candidates initially filed to run, she became the early front-runner.

Bloomberg’s cash helped change the dynamics of the race, though. His first wave of ads also targeted Toi Hutchinson, a state senator who’d previously opposed the assault weapons ban, leading to her withdrawal and endorsement of Kelly just over a week ago. And the attention he’s purchased for Kelly has also made it tougher for the race’s third major candidate, Alderman Anthony Beale, to break out.

Kelly has begun acting like the front-runner, refusing to debate her opponents down the stretch, although reputable public polling has been sparse. A We Ask America survey conducted after Hutchinson’s withdrawal put Kelly comfortably ahead with 37 percent, with Halvorson back at 19 and Beale at 11. But last Friday, a local radio station released a poll that put Halvorson slightly ahead of Kelly, 21 to 17 percent. That survey, though, was apparently conducted just before Hutchinson’s withdrawal – and before the latest barrage of pro-Kelly ads hit the airwaves.

Halvorson and Beale have scrambled to stir resentment of Bloomberg and his intervention in a contest more than 1,000 miles from his home town.

“You’re talking about a billionaire dumping millions of dollars into a race, trying to dictate to the people on who they think our representative should be,” Beale told the Chicago Tribune recently. “So, I think the people are personally outraged that someone from the outside is trying to influence this race.” Halvorson, for her part, has said, “This is ridiculous when somebody thinks they can buy a race. What’s next?”

The stakes are high today. There is a real chance of meaningful gun legislation passing Congress in the coming months, but either way the issue will loom large in the 2014 midterms. If Kelly wins big, it could factor into the thinking of members of Congress who are wavering on aspects of Obama’s gun agenda. If they vote “no,” will they face the same assault Halvorson has faced – and will it take them down in a primary, or in the general? On the other hand, if Halvorson somehow pulls out a victory, it would weaken Bloomberg’s clout in other races he wades into – or might simply dissuade him from playing such an aggressive role in future contests.