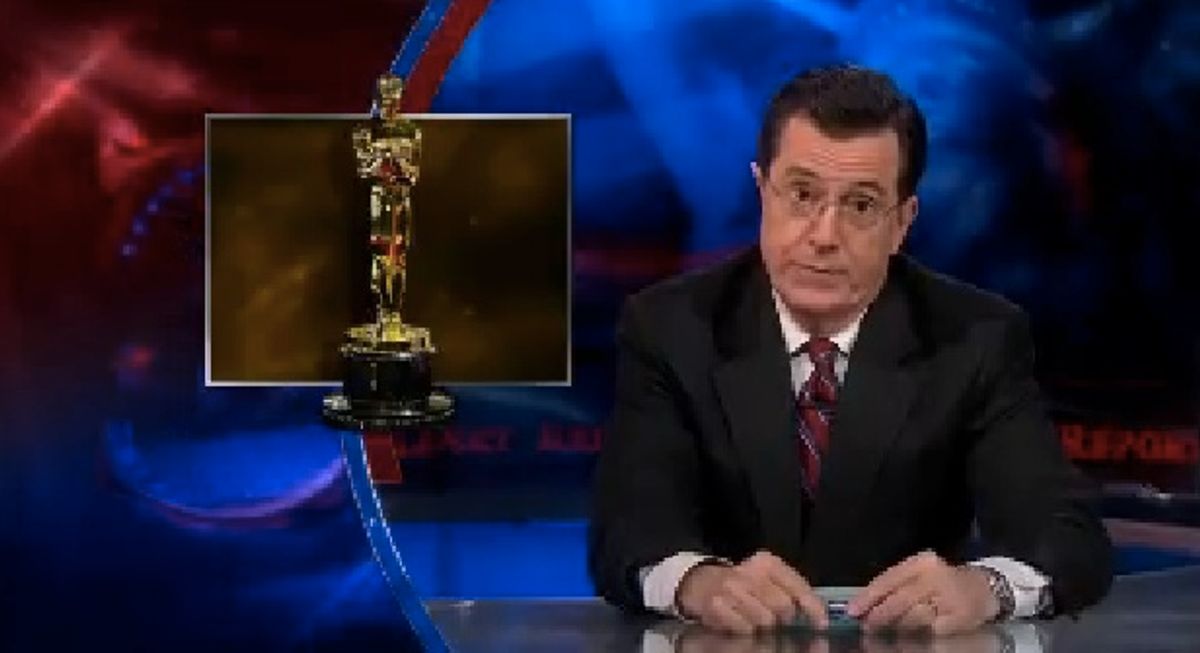 Stephen Colbert was outraged to report that Michelle Obama presented the award for Best Picture at Sunday's Oscars, what he called "big government out of control."

"Now the private sector can't even broadcast its own self-congratulatory strokefest without federal intervention?" Colbert asked. "What's next, regulatory limits on how much Joaquin Phoenix can eat during the ceremony?"