"Pig rescues goat" might be fake, but interspecies friendships are real! 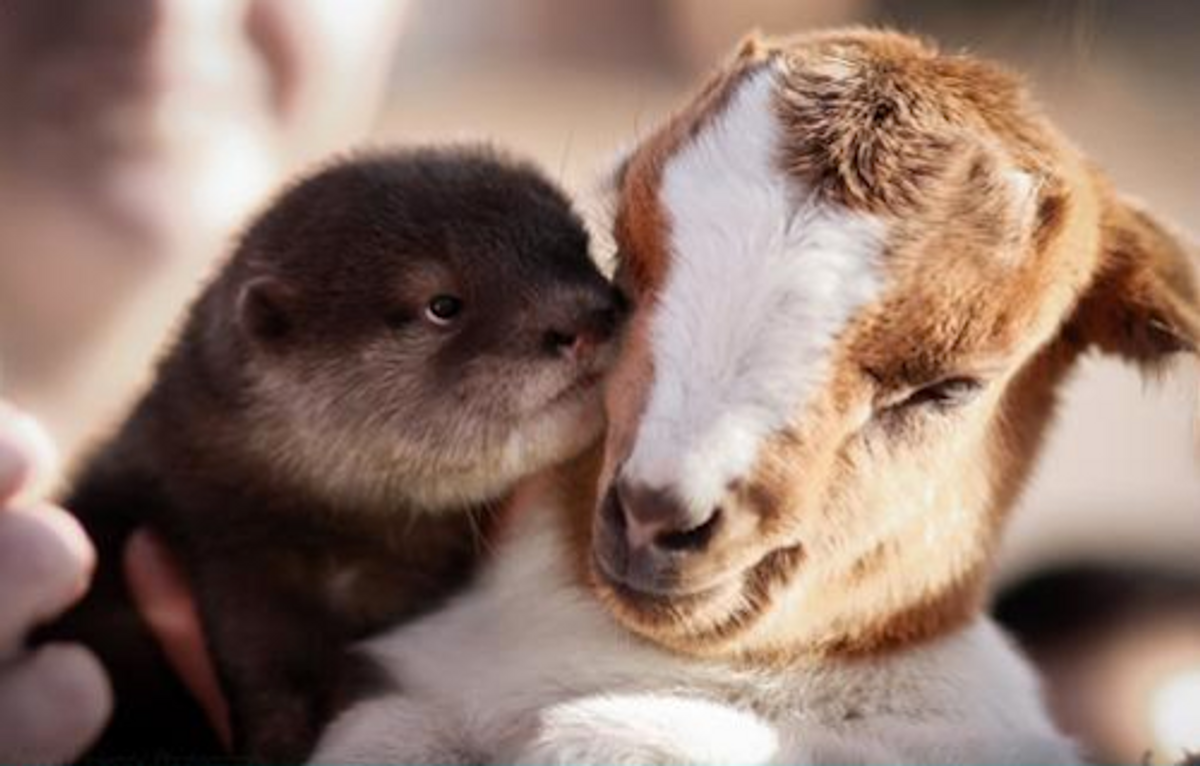 The New York Times broke the story of the year -- nay, the century -- on Tuesday: A 30-second video depicting a baby goat being rescued from a petting zoo pond by a heroic pig is a fake.

Sometimes the truth hurts. Yes, the viral video that stole the world's collective heart was heavily staged. No, the goat was never even in danger.

It was created for a new Comedy Central series, “Nathan for You,” with the help of some 20 crew members, including animal trainers, scuba divers and humane officers, and required the fabrication of a plastic track to guide the pig to the goat (which was never in jeopardy).