So Lena Dunham can use the "C-word"? 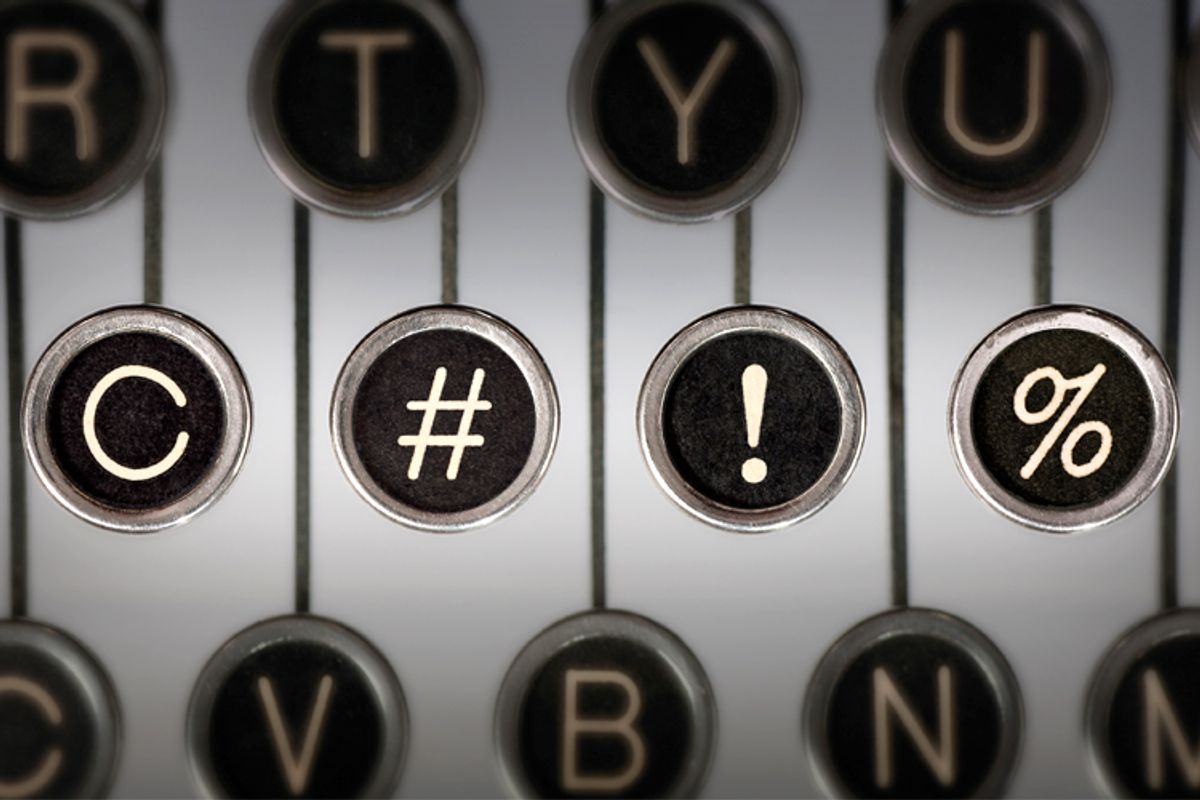 The Onion's tweet Sunday night about actress Quvenzhané Wallis is by now infamous: Apparently in service of a rhetorical point about the way our culture tears women apart, the satirical paper used the so-called c-word to describe the 9-year-old Oscar nominee.

But those watching HBO's "Girls" instead of the Oscars that night might have heard a male character describe drivers of Camrys using the same anatomical term. Neither Hannah nor Jessa seemed particularly concerned or surprised at its use.

In a season when Quentin Tarantino's film "Django Unchained" practically mainstreamed the racial epithet known as the "n-word," winning an Oscar for best original screenplay in the process, could the "c-word" be the next word to enter our common vocabulary?

The outcry over the Wallis tweet indicates that the word, usually used to describe women, is still a rhetorical third rail. xoJane writer Daisy Barringer wrote a personal essay earlier this year about getting called the word. "[H]e knew it was the most outrageous thing he could call me. Because he wanted to intimidate me. Because he wanted everyone in the house to know THAT is what happens if you [mess] with him," Barringer wrote.

"I really struggled with that Onion tweet," Barringer told Salon, "because it was clearly ridiculous and a really backhanded compliment. This adorable girl is the opposite of a c-u-n-t," she said, spelling the word out.

"It's used by men as one of the worst things you can call a woman. It has that power. It's so loaded that they know it's so hurtful. If a man's not going to hit you, that's what he has."

The departed NBC sitcom "30 Rock" took on the word in its first season, in an episode called "The C Word." Tina Fey's character was called by the epithet after criticizing a male underling. "There's nothing you can call a guy back!" she says. "There is no male equivalent to this word."

The term, indeed, refers not merely to difficult women (as in the case of the Onion's tweet) or men who act like women (as on "Girls") but to a part of the female anatomy. "It's an ancient word," feminist essayist Katha Pollitt told Salon via email -- and, indeed, it appears in the work of Shakespeare.

"White people shouldn't say the n-word, men shouldn't say the c-word. Children are off limits," Pollitt said. "It is interesting that so often these edgy bits of boundary-expanding 'humor' are at expense of females and minorities."

Comedian and podcast host Julie Klausner is an example of a humorist who uses the word to describe women -- she's well within the bounds Pollitt sets. "I have used the word 'cunt,'" she said via email, "usually as a verb or an adjective, and mostly to describe Shirley MacLaine on 'Downton Abbey' or Anna Wintour in general.

"Those are both high-status women who seem to be, or act like, cunts -- and, in Anna Wintour's case, part of my POV comes from her participation in an industry I feel objectifies women and gives girls terrible messages about their self-worth. The actual term is a good word with power. It's absolutely fair game."

MacLaine and Wintour are notoriously chilly and imperious women -- women aware of their own power and unashamed of it; this may have been how the Onion was attempting to portray the youthful, ebullient Wallis. The word, used that way, would seem almost a compliment or at least an acknowledgment of power and privilege. Similarly, British critic Laurie Penny uses it as an acknowledgment of feminine sexual power. "I only wish I could hear more women saying it, more of us reclaiming 'cunt' as a word of sexual potency and common discourse rather than a dirty, forbidden word," Penny wrote in 2011. (The word is more commonly used in England, and, perhaps, less culturally loaded.)

Perhaps the reason the Onion's CEO apologized for the tweet about Wallis, calling it "a senseless, humorless comment masquerading as satire," is because the word is still taboo, barely understood. Klausner and Penny are on the vanguard in using the word in a manner other than anger, and directing it at figures whom it might accurately describe. Others are not quite there yet.

"I guess it goes back to taking the power away from the word," said Barringer, the essayist, "but I would just prefer that people be kinder and smarter and find original ways to say something, rather than resorting to using something so base, that you don't know who it'll hurt."