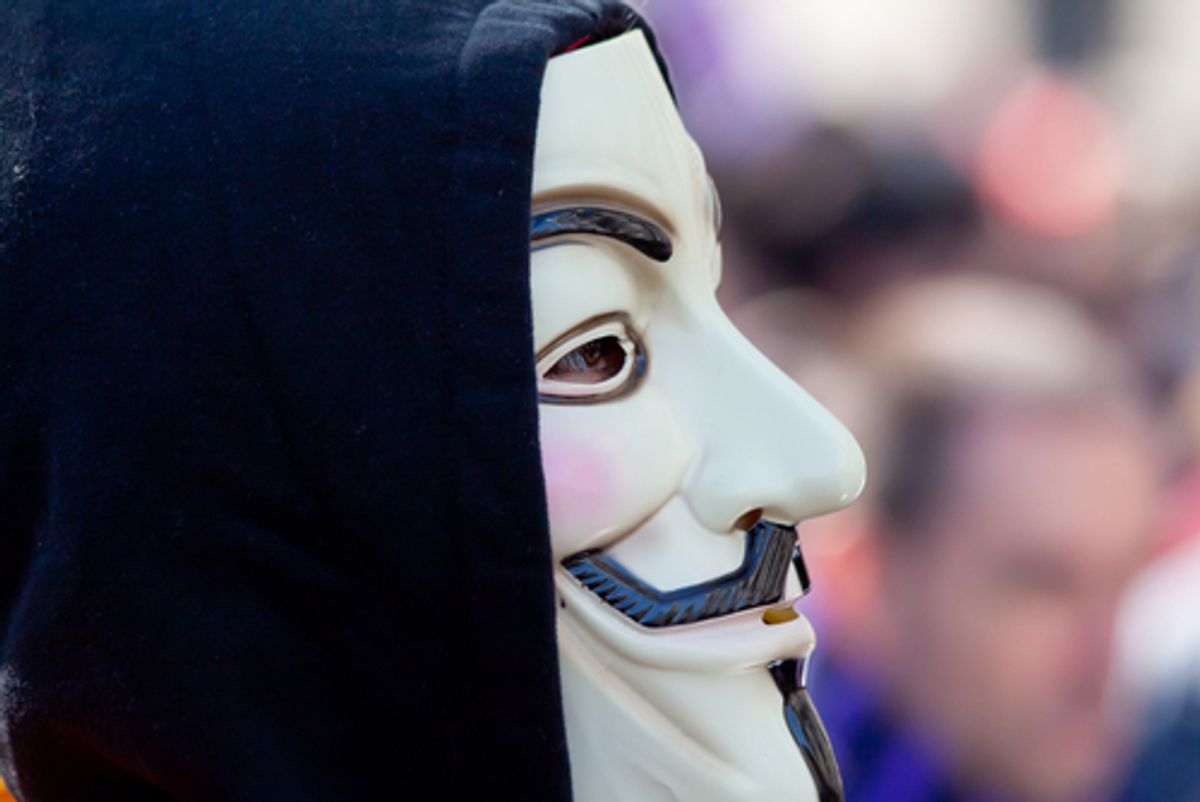 An Anonymous group, identifying itself as Par:AnoIA (aka Anonymous Intelligence Agency) has released 14 Gigabytes of data, code and software that it claims shows how Bank of America employed security firms to monitor hackers and activists.

In a Wednesday press release, Par:AnoIA stated that the data "shows that Bank of America and others are contracting other companies to spy and collect information on private citizens." The release also notes, however, that the "overall quality of the research is poor and potentially false."

The data was not obtained through any hack, but was "stored on a misconfigured server and basically open for grabs."

Leaked documents reveal that TEKSystems assembled  reports on both Occupy  Wall Street online activity and hackers throughout 2012. But  the hackers group called such "intelligence" "sloppy, random and valueless":

Apparently a key word list was used to match for items of interest on IRC, Twitter and other social media. While the list has over 10.000 entries only 1125 keywords seem to be genuine, the rest are simply Wikipedia references.

This aspect of leaked information is reminiscent of internal DHS reports obtained revealing the agency's monitoring of Occupy in late 2011. At the time I noted "my shock... at the cursory and complacent nature of the document. This is spying? The sources cited for Occupy information are almost entirely mainstream media reports (from the AP, CNN, MSNBC, the New York Times, Reuters and others)."
FBI documents obtained earlier this year through FOIA by the Partnership for Civil Justice Fund revealed that an FBI program specifically dedicated to the partnership between the FBI, DHS and the private sector monitored the Occupy protests, providing information and tips to corporate partners on interacting with and combating Occupy groups.