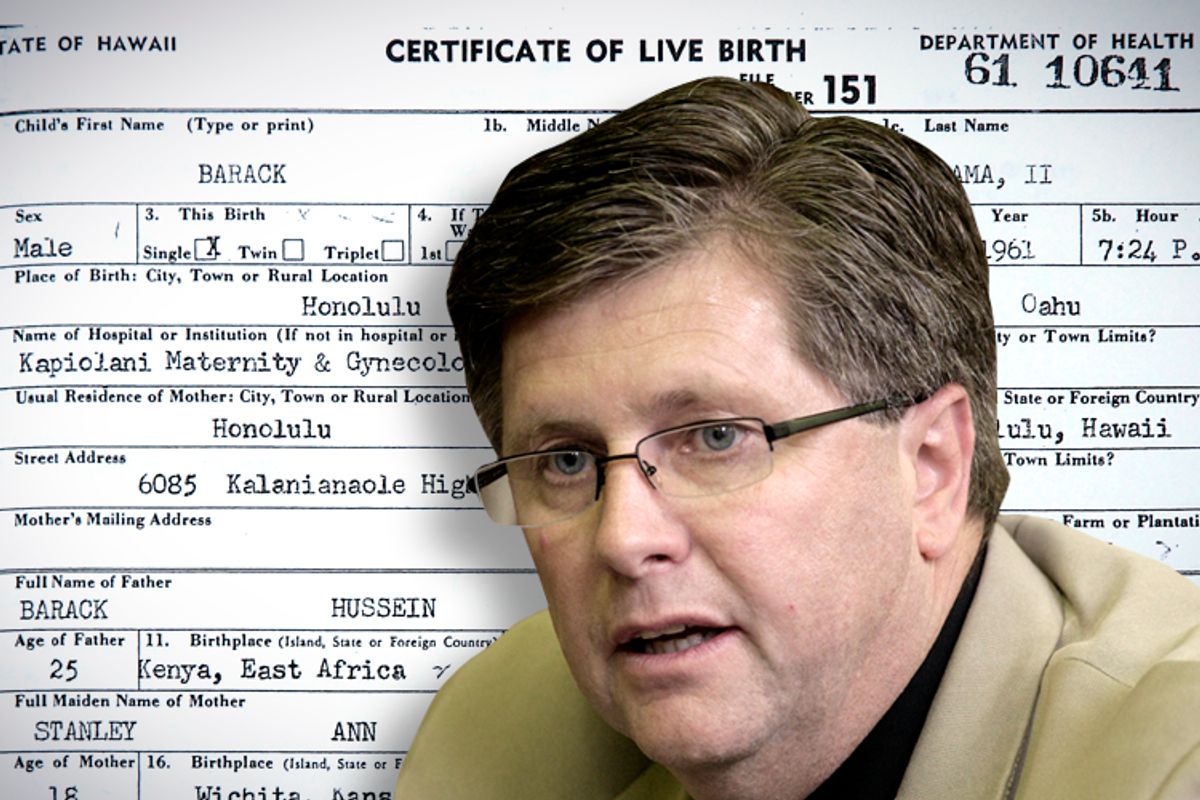 It's an odd question with which to begin an interview, but Lansing, Michigan radio host Michael Patrick Shiels kicked off his chat yesterday with Republican state Sen. Tom Casperson with this: "Do you think that the president was born in the United States?"

“I don’t know because it seems like that issue was dropped immediately as far as the major media went,” Casperson continued. “My gut tells me if it had been a different president, say George W. Bush, they’d have been digging into like there was no tomorrow and trying to get to the bottom of, which they never really tried to get to the bottom of, so it became a conspiracy theory. No big deal.”

"I think it's strange, again, that it's not being looked into," he hadded.

Shiels said he saw a poll showing that only 26 percent of delegates at the Michigan Republican Party Convention believed Obama was born in the U.S. Casperson said that number did "not really" surprise him.

Progress Michigan clipped the audio and Deadline Detroit posted on it.

UPDATE: Casperson doubled down on the claim in an interview with MIRS (subscription only), saying of Obama's birth certificate, "What I was told is that he produced a copy -- he didn't produce the actual document." When MIRS noted that Obama released both his long and short-form original birth certificate, the lawmaker replied, "Well, if he produced the actual documents, that issue should be put to rest."

But was still not satisfied, saying "the mainstream media is partly responsible" for "soft-balling this president."