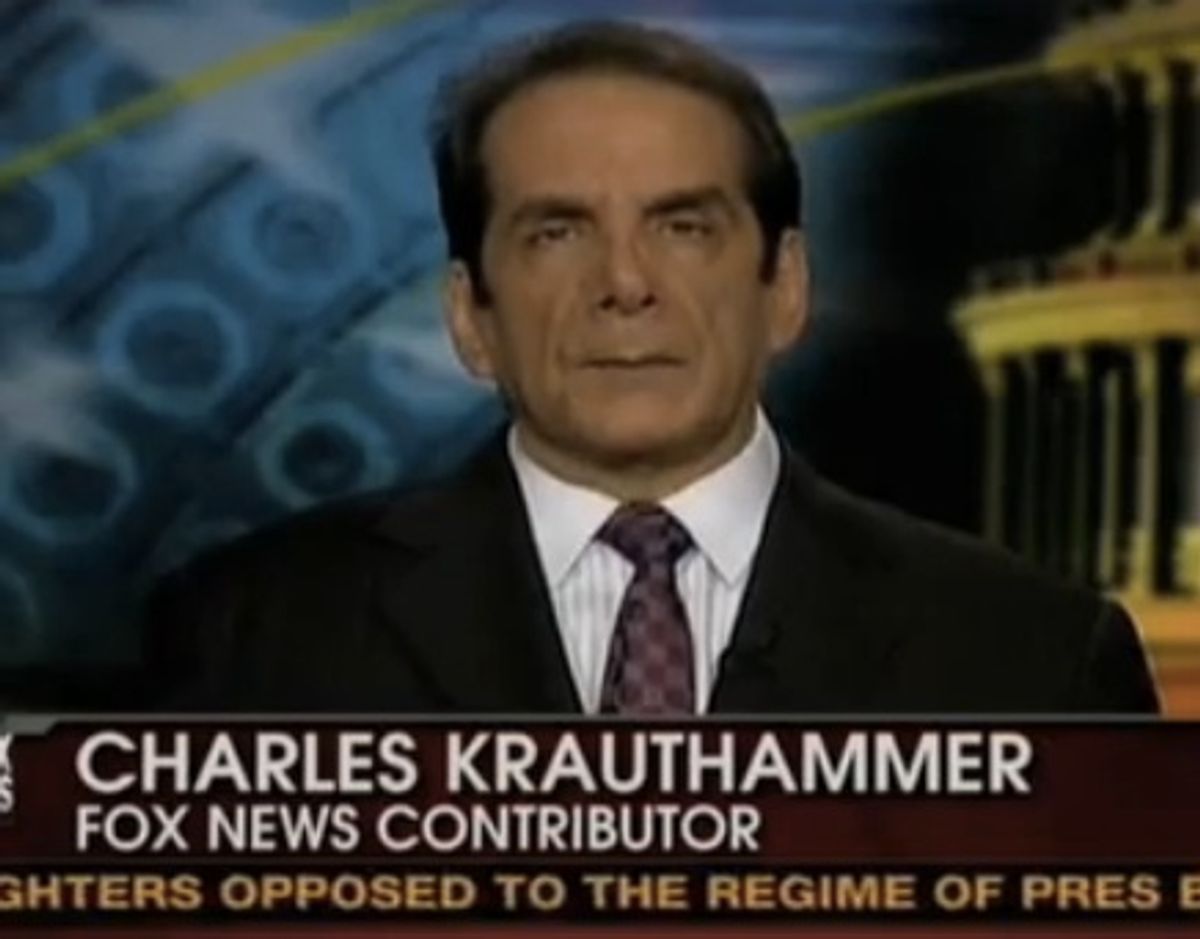 Charles Krauthammer told Bill O'Reilly that though he thought Gov. Chris Christie, R-N.J., gave President Obama a "lap dance" after Hurricane Sandy, it was a "vast overreaction" to shut him out of CPAC.

"I think this is a vast overreaction. It's a mistake," Krauthammer said on Fox News. "He's a leading Republican, obviously presidential timbre. He's got the highest popularity of any governor and he's in a blue state."

"Look, I wasn't very happy with what he did at Sandy," he continued. "I thought he deserved three months of quarantine. The three months is up and I'd let him out. I'd have him at CPAC. We should have a wide tent. And if that's what it takes to win elections in the Northeast and nationwide, let's go for it." Krauthammer added that he thinks the CPAC organizers, the American Conservative Union, are "trying to define legitimate ideology fairly narrowly and they want to rule people out."