Study: When it comes to online dating, everyone's a little bit of a Catfish

But white lies may be good for your dating prospects -- and lead to actual self-improvement, experts say 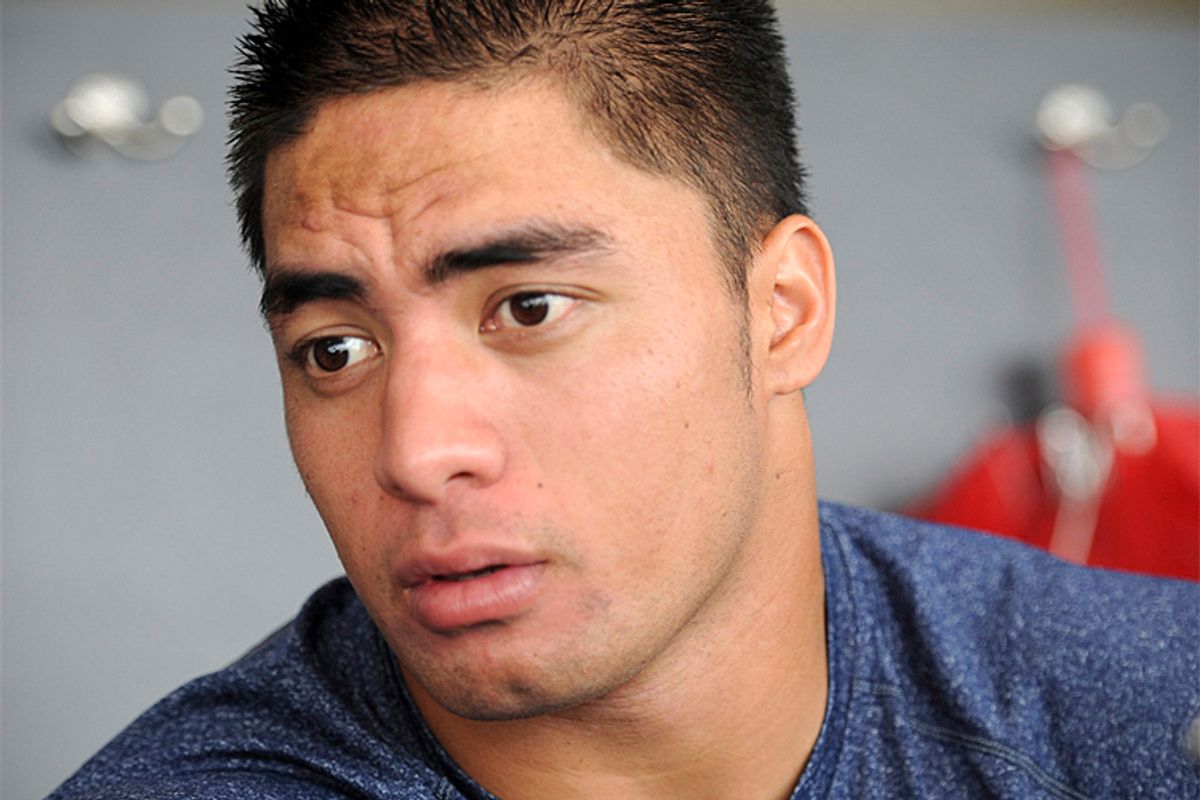 I don't know how much I would trust a "study" from a website that allows men to bid money on dates with women, so, you know, let's just start there.

But even the big liars aren't full-on Catfish-ing potential mates, just lacing their profiles with minor deceptions and indulging in the same kinds of white lies that men and women have been telling over watery cocktails at bars since the beginning of time: That they are fitter, better educated, wealthier -- you get the idea.

Other research has found that around 81 percent of people misrepresent some aspect of their real identity in their profiles. But according to a study led by Catalina L. Toma, an assistant professor in the department of communication arts at the University of Wisconsin-Madison, the lies usually tend to be small. (You are, after all, going to meet in person soon enough.)

Now, before you go and delete your Internet dating profile of choice, consider this: Small lies can actually be good for your mental health and dating prospects, some researchers say. In a 2009 study on the issue, researchers found that some untruths -- like exaggerating your college GPA -- can actually lead to improved performance. The fibs, within reason, can become self-fulfilling.

"Exaggerators tend to be more confident and have higher goals for achievement," Richard Gramzow, a psychologist at the University of Southampton in England and one of the study's co-authors, told U.S. News and World Report. "Positive biases about the self can be beneficial."

And lying may be necessary to "compete" in an over-saturated online dating market, but it's incumbent to find a proper balance of honesty and the desire to present oneself in the very best terms, experts say.

Major takeaways? When it comes to lying in your Internet dating profile (which, statistically speaking, you probably will), exercise caution. Want to say you're 5-foot-10 instead of 5-foot-8? Go ahead! Feel like describing yourself as a "natural" blonde? By all means. But you might want to reconsider, say, pretending to be a Stanford University undergraduate with leukemia in an effort to snag the football hunk of your dreams.

Really. That's going to be a hard one to explain.