Survivor of sexual violence at Lackland Air Force Base speaks out 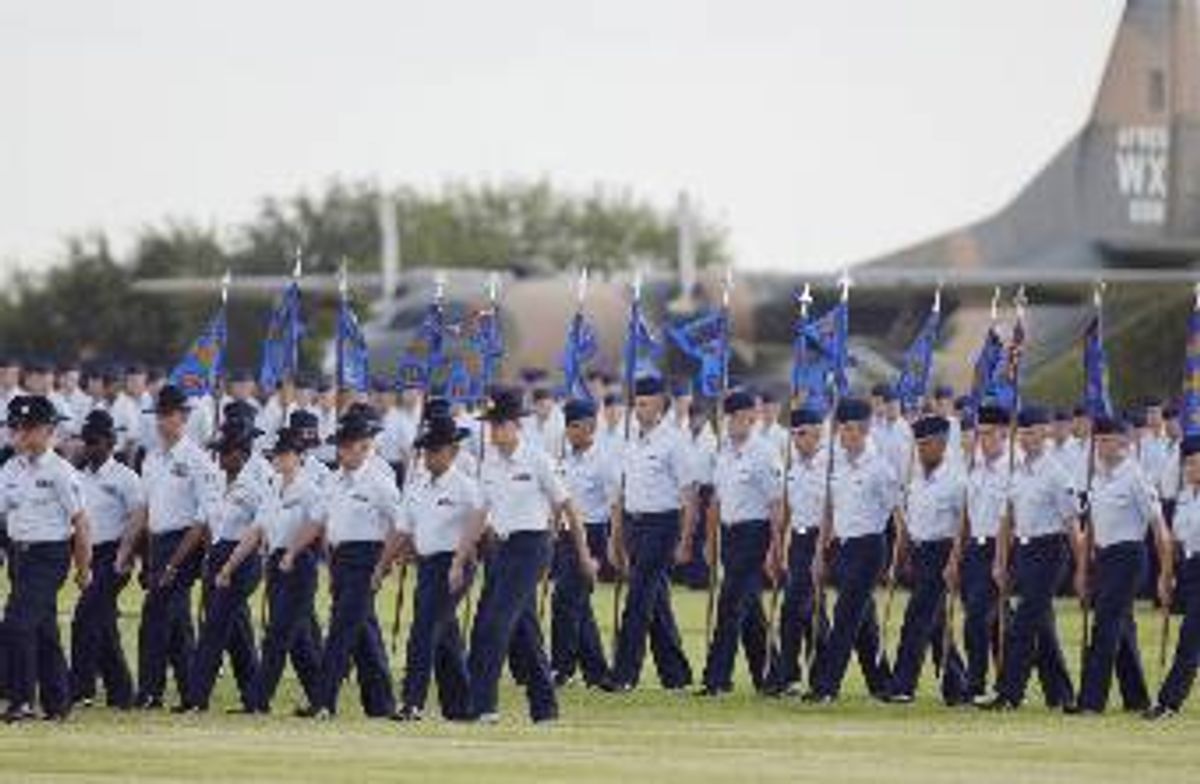 The sexual abuse scandal at Lackland Air Force Base continues to unfold in the three years since the first survivor came forward. The scope of the controversy -- in which 62 trainees have been identified as victims of assault by 32 training instructors -- was called “stunning” by Air Force Chief of Staff Gen. Mark Welsh as he testified before a congressional panel on the abuse in January.

On Wednesday, Virginia Messick, a survivor of sexual violence at Lackland, has come forward to speak publicly about what she endured at the hands of her instructor. As the New York Times reports:

After her Air Force training instructor raped Virginia Messick, a young recruit, he told her it was fun and they should do it again, she remembers. Then he threw her clothes at her and ordered her to take a shower.

Ms. Messick was unable to move, cry or scream. She was a 19-year-old from rural Florida, in her fifth week of basic training at Lackland Air Force Base, and she had just been assaulted by the man the Air Force had entrusted with her life.

And like so many other survivors of sexual assault, especially in a military culture where senior officers can make or break a young recruit's career, Messick was too afraid of retribution to report the rape. Instead, she completed basic training and reported to Staff Sgt. Luis Walker, the man who raped her, for another month. “How am I supposed to go about reporting something when the person I’m supposed to report to is the person who raped me?” she told the Times. But she did, ultimately, break her silence and report Walker for assaulting her. As did several other recruits who had also been victimized by him.

As the Times reports:

After two and a half hours of questioning by the investigators, Ms. Messick said she provided a “watered down” version of the episode with Sergeant Walker — acknowledging they had sex but refusing to offer details. “I was scared to death. And I kind of blocked out what happened,” she said. “It took me a long time to say the word ‘rape.’ ”

But in testifying at Sergeant Walker’s court-martial in 2012, she recalled, she faced the instructor and accused him of raping her. Lt. Col. Mark Hoover, an Air Force lawyer involved with the Lackland prosecutions, does not dispute Ms. Messick’s account. But because she had not disclosed the rape in pretrial interviews, Sergeant Walker was only charged in her case with a lesser count of engaging in an unprofessional relationship involving sodomy and sexual intercourse.

In July 2012, he was convicted on 28 counts, including rape, sexual assault and aggravated sexual contact involving 10 trainees. Joseph A. Esparza, one of Sergeant Walker’s lawyers, declined to comment, saying that his case is on appeal.

Walker is currently serving a 20-year sentence for sex crimes against Messick and the nine other trainees involved in the case. Eight more court-martial sexual abuse cases are pending trial. Fifteen other instructors are under investigation, and two senior officers have been relieved of command.

According to military data, there were 3,191 reports of sexual trauma in 2011 alone. But experts, including Defense Secretary Leon Panetta, believe that these assaults are grossly underreported, putting the number closer to 19,000 – 22,000 sex crimes in the military that year.

No longer in the Air Force, Messick suffers from post-traumatic stress disorder, but has said that she finds speaking out to be therapeutic. She also hopes that breaking her silence will change how the military handles sexual assault within its ranks. “I don’t want anyone else to go through this,” she said.