The sequester will hurt victims of domestic violence

With the Violence Against Women Act finally set to pass, anti-violence programs could lose $20 million to cuts 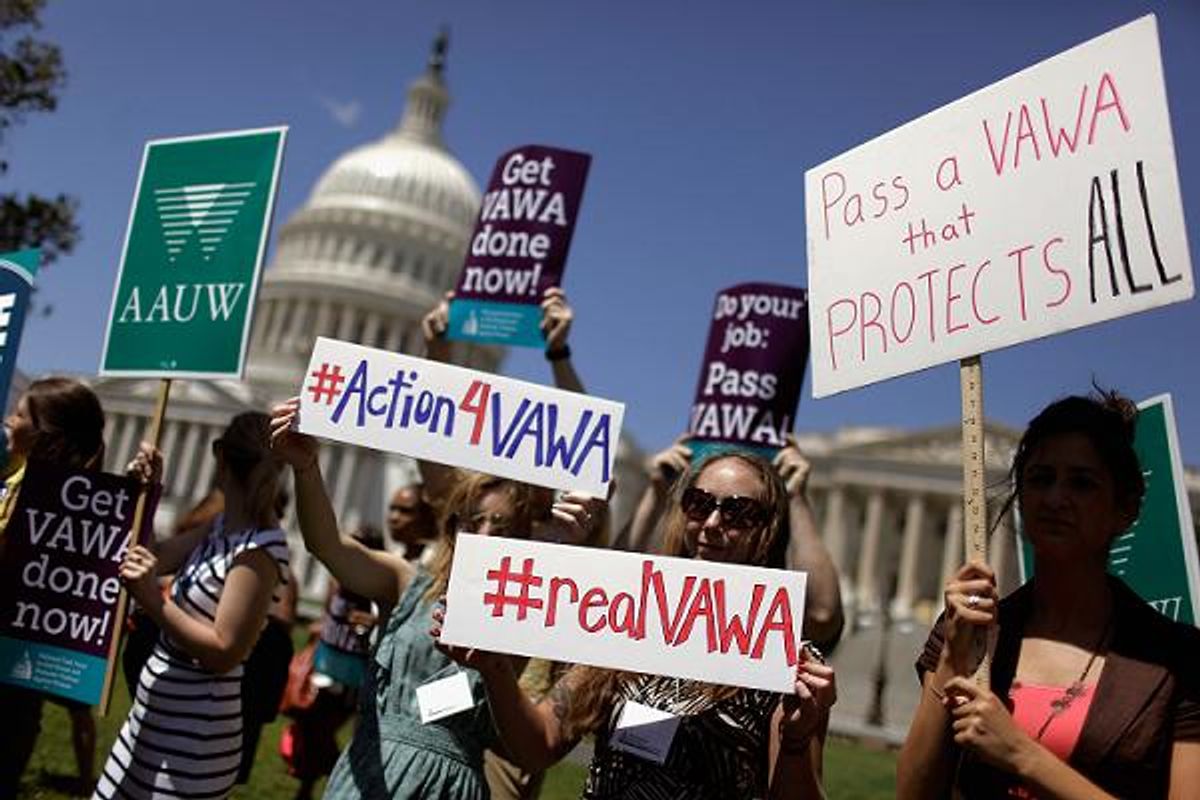 After punting on reauthorizing the Violence Against Women Act during the 112th Congress, it looks like the landmark bill that has ushered in major reform around domestic and sexual violence laws and services for victims will finally pass through the House.

But the victory may be short-lived. If the sequester goes through on Friday, slashes to the federal budget won't spare the anti-domestic violence programs funded by VAWA, critical as they may be. According to the Department of Justice, these programs stand to lose more than $20 million to the sequestration. And as Bryce Covert wrote Wednesday at Forbes, "That would mean 35,927 fewer victims of violence will be able to access lifesaving services and resources such as shelter, legal help, and support for children. It would also mean 34,248 fewer police, prosecutors, judges, and victim advocates would get domestic violence training to effectively respond to these incidents."

This is bad news any time, but especially bleak in a moment when reported rates of domestic violence are on the rise. Local governments have been reducing -- sometimes eliminating entirely -- funding for policies and programs that support and protect victims of abuse. And financial pressure can also make a dangerous situation at home even more so: A study from the Mary Kay Foundation on intimate partner violence found that an astonishing 74 percent of women stayed with an abusive partner for economic reasons.

The same survey also found that if survivors of abuse did leave the relationship, 62 percent of these women could not find jobs to support themselves. And all of this is happening while nearly half of all shelters in the United States have been forced to reduce services for survivors and their families.

And 87 percent of shelters predicted their situations will be the same -- or worse -- this time next year.

Among the hundreds of federal programs set to lose millions, the GOP has only caused a stir about the Obama administration's announcement that it will release nonviolent immigrant detainees if the budget cuts go through.

Here's a better idea: Rather than feigning panic over letting otherwise law-abiding undocumented immigrants return to their families and communities, congressional Republicans should save their outrage for cuts that will actually hurt people. Cuts to anti-domestic violence programs, cuts to housing assistance for the working poor and homeless, and cuts to food assistance programs for families and seniors will leave millions without the support or necessary resources to care for themselves or their families.

And when it comes to domestic violence, for far too many women, that support can mean the difference between life and death.