Marvel and the X-Men take on DOMA 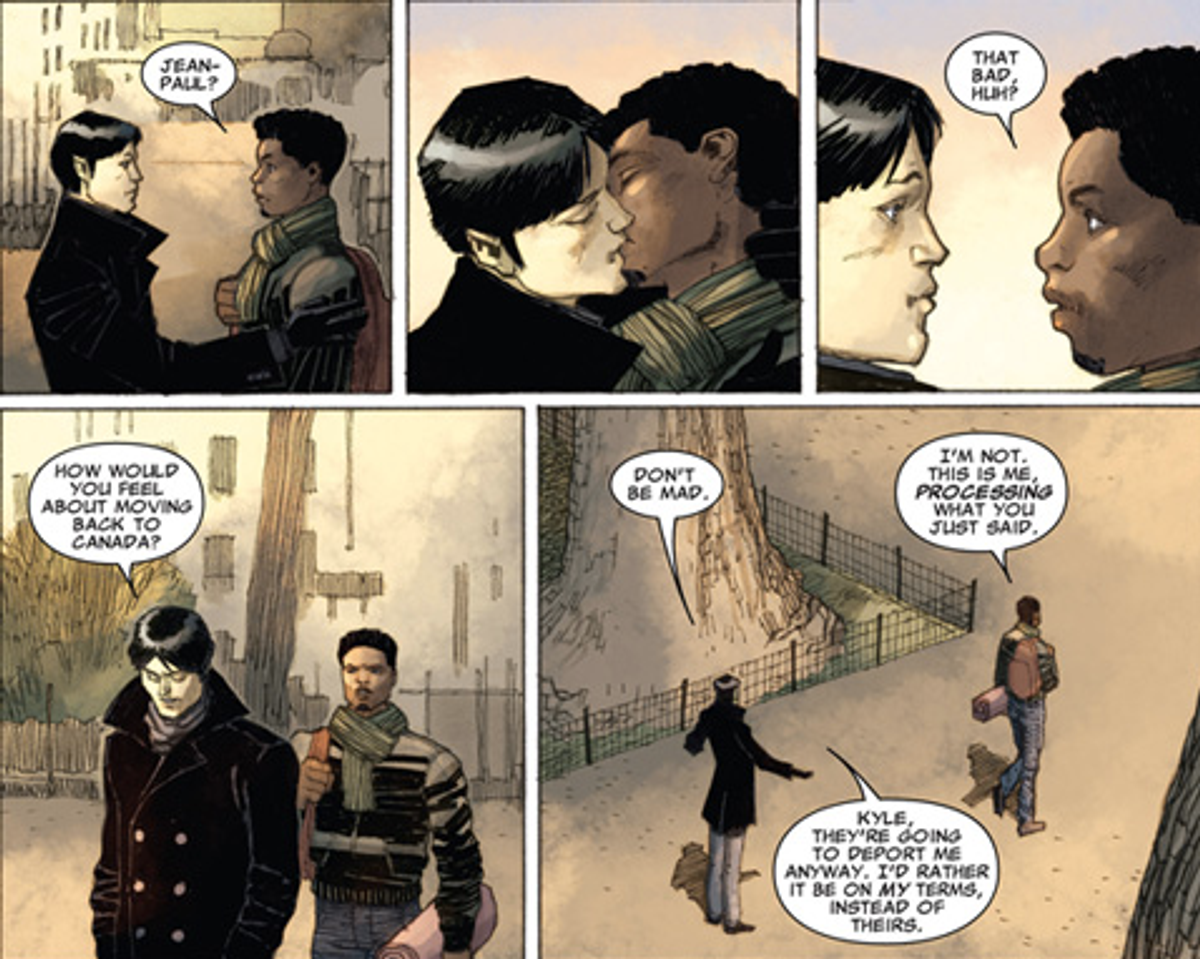 Comic books are kind of killin' it with the social commentary lately. Last week, DC announced a will-they-won't-they gay marriage subplot for Batwoman and longtime love Maggie Sawyer. Now, Marvel writer Marjorie Liu is taking on the Defense of Marriage Act and its impact on bi-national gay couples.

What timing! Just last week, the Obama administration formally urged the Supreme Court to strike down DOMA, arguing it “violates the fundamental constitutional guarantee of equal protection.” And on Thursday, 15 states announced their intent to file a friend-of-the-court brief stating that the law preventing the federal government from recognizing gay marriage is unconstitutional. With oral arguments set to begin next month, momentum is building and people are buzzing about a possible end to the discriminatory law.

And now, superheroes are weighing in. The Northstar and Kyle Jinadu plotline illustrates (literally! comics!) a widespread, if often overlooked, reason why overturning DOMA is so critical to gay bi-national couples. Because the federal government won't recognize their marriages, many couples live under the very real threat of being separated by deportation. The same goes for Northstar, who, despite being a superhero who saves American lives on the regular, received a visit from immigration agents just a few issues back. In the next installment, we find Northstar and his American citizen partner Kyle discussing the possibility of leaving the country together.

Now, take out the fact that they are having this conversation hundreds of feet above the ground in the branches of a tree (they flew there to talk because that's the kind of thing you do when you can fly), and their concerns will ring true for many non-mutant immigrant couples:

Northstar: How would you feel about moving back to Canada? Kyle, they're going to deport me anyway. I'd rather it be on my terms instead of theirs.

Kyle: I don't want to leave New York. It feels like home.

The characters are fake, but the dilemma is definitely real for gay couples across the country.

You can read the full panel below: