"The bulk of my life is boring and lame and painfully single, but I've had wild, exciting adventures"

Jack Gray, "Anderson Cooper" producer and the author of "Pigeon on a Crosswalk," on celebrity friendship and memoir 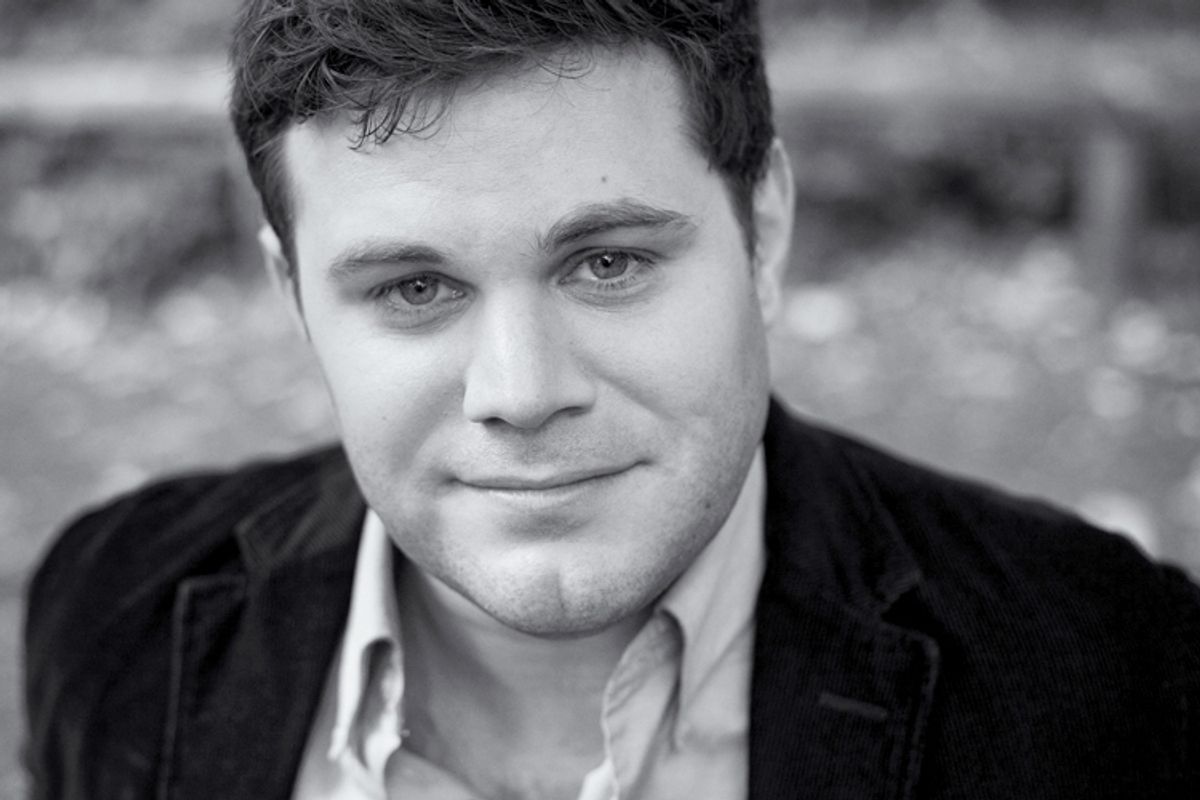 Jack Gray, the author of the new personal-essay collection "Pigeon on a Crosswalk," lives two lives -- in one, he's a frazzled TV producer who gulps down fast food between producing segments for "Anderson Cooper 360" on CNN, and in the other, he's the author of a heralded new memoir-ish collection, "Pigeon on a Crosswalk." Or maybe it's this: In one life, he sits at home writing and watching TV, while in the other, he goes on vacation with Cooper and Kelly Ripa, or lounges in a hotel room with Kathy Griffin.

"Pigeon on a Crosswalk" encompasses all sides of an ultimately mild-mannered author who, somehow, has one million followers on Twitter; a behind-the-scenes producer who ends up on Andy Cohen's Bravo talk show. He spoke to Salon today.

You write a fair bit about your celebrity friends in the book -- from Thanksgiving dinner with Nia Vardalos to spending New Year's Eve producing Anderson Cooper and Kathy Griffin? Do they mind your having written about them?

No -- and I always say I was not aware that celebrities knew how to read. They all have good senses of humor, and I was just teasing. The stuff that I write is all either very sentimental or obvious teasing. Everyone has a good sense of humor and no one cares. The same is true of my family -- I make fun of them more than I make fun of celebrities. You have people around you -- if you have a good sense of humor. In some stores it's on the memoirs shelf. I have no business writing a memoir. I sit at home with my dog watching the Golden Girls. My life isn't more interesting than anyone else's.

The bulk of my life is boring and lame and painfully single, but I've had wild, exciting adventures -- and I don't consider it my life. I'm lucky to be along for the ride. When I'm at the Emmys with Kathy or on some trip with Anderson, I'm very aware that that's their success and their achievement. I'm lucky to be a plus-one. Not that they would have me around if I didn't contribute something -- but I don't think this jet belongs to me.

He has a great sense of humor about himself. I do view him as someone I can joke around with. He and I did an event at Barnes & Noble -- we had a lot of fun just joking around, teasing each other. I'm very lucky to have his friendship because he is an easygoing, self-deprecating guy -- I never would think to write about him in any other way. I wouldn't know how else to write about him without some humor.

Were you worried writing a collection of comic essays would hurt your standing within CNN?

I don't know. People always say: Play to your strengths. And the feedback I've gotten is good. It's up to people reading it to decide if i did a good job. I think the fact that I thought I could do it well meant I wasn't going to dwell on the outcome, or whether the book would change how people viewed me on TV. That would just have to be a reality. I thought I could do this well.

I don't think it has affected my career. I'm obviously deeply interested and committed to my job at CNN. I think there is a lot of room for fun and levity on cable news. With 24 hours in a day, I think there's time to have some fun.

The book portrays you as enjoying sitting at home, eating McDonald's, as much as vacationing with Cooper. How does someone with such low-key interests handle fast-paced life alongside celebrities?

I don't want to spend every night on my sofa eating McDonald's, because that's more pathetic than my life already is. I like that there's a mix. I like that I have a real life at home. Variety is good.

I like the fact that I do something exciting and unusual. The bulk of the time is just me going to work, me walking the dog. There's nothing extraordinary about my normal life. Like I said, there are people who have much more -- people in New York City alone with more exciting lives.

And my friends aren't any different to me! Once you're friends with someone, celebrity or not, you're just friends with someone. But if there are photographers outside, it's clear that it's not just a night out at the Olive Garden, which I would also enjoy. I've been out with Anderson or Kathy and it's a clear reminder that I'm a no one. The only thing I've ever heard from a photographer is, "Hey, you, get out of the way!" There are reminders that this is unusual.

How did you manage to get as many Twitter followers as you have without being in front of the camera? Did having a book deal help?

The Twitter thing is a really boring story. I somehow was on their recommended users list. Ninety-nine percent of those people don't give a shit what I say, and they're all spammers.

I have a decent ability to express myself on Twitter. There are many people who have a smaller number of followers and they're much more consequential than I am. Half of my followers are robots, maybe a quarter never log in ... Three people actually give a shit what I say, and even that number might be high.

The book is very exciting! I'm very proud I was able to get something published, but you must interview people every day who have book deals. Some are successful and some are not. I'm proud of what I've achieved and I'd love to write another book if this one does well enough. I'm a cable news producer -- it's a pretty conventional career path. The razzle-dazzle anecdotes sprinkled through the book maybe make it seem like I'm more exciting than I am on any given day.

You address some critiques of CNN in your book [criticizing MSNBC President Phil Griffin for his remark that CNN doesn't do "the Lord's work" and accepting blame for producing "my share of screaming political pundits"]. How do criticisms of the network as it overhauls itself strike you?

I try to take everything in stride. It's a tough business but I think it's a fun, exciting business. There are a lot of options out there -- but I think we do a really good show. If I read all the articles -- some days there are a million -- I just can't, because we have a show to do. I try to focus on the segments I have to produce. I can't read everything.

Your memoir flies in the face, somewhat, of the stereotypical tale of a young gay man in New York -- brunches, cocktails, dating ...

The reason I'm not running around on dates all the time is because I can't get in shape. I need to work on getting my fat ass to the gym. New York is an amazing city to be a gay guy in. There's so much to do, there's so much acceptance and progress. There's nowhere else like it, except maybe West Hollywood. I don't always feel comfortable.

I have friends who are really, really good-looking. They're always really ripped and they're perfectly dressed and out to dinner -- and they're really nice! There are all these beautiful guys in New York and their lives seem so great! I would love to be a gay cliché. I'd like to have more of a fun gay life in New York. The reason I don't go out for drinks a lot is I feel kind of awkward. New York is a competitive city. If you're going to try to flirt with someone at the bar you have to bring something to the table -- and that's a tall order in New York.

Have you ever tried working out with Cooper?

He's in so much better shape than I am, I'd probably pass out if I tried to. I can't even keep up with Kathy hiking. I end up wheezing and gasping down the hill, while she's already home relaxing in the pool.