Homeland security offers anything but 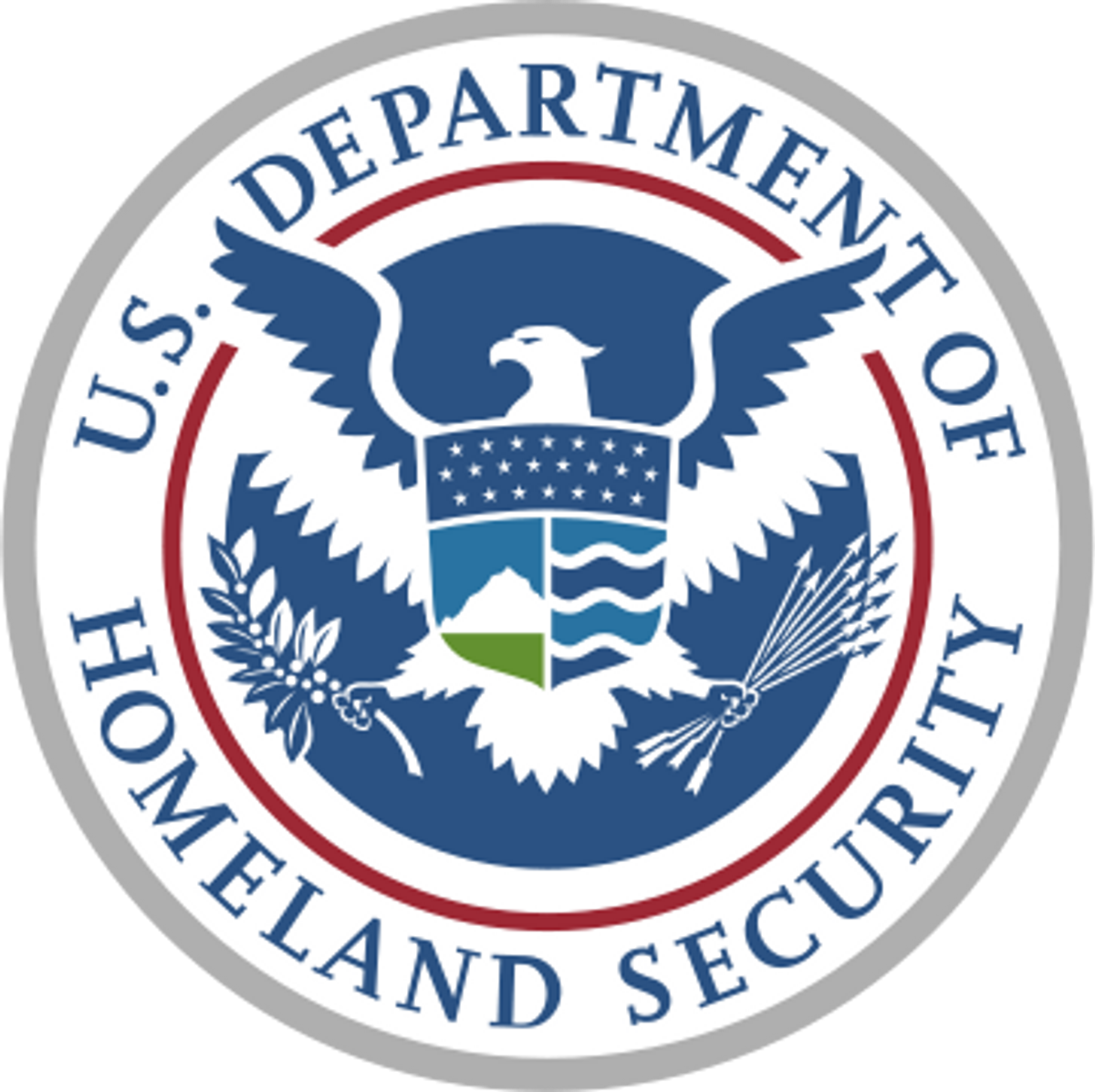 Imagine a labyrinthine government department so bloated that few have any clear idea of just what its countless pieces do.  Imagine that tens of billions of tax dollars are disappearing into it annually, black hole-style, since it can’t pass a congressionally mandated audit.

Now, imagine that there are two such departments, both gigantic, and you’re beginning to grasp the new, twenty-first century American security paradigm.

For decades, the Department of Defense has met this definition to a T.  Since 2003, however, it hasn’t been alone.  The Department of Homeland Security (DHS), which celebrates its 10th birthday this March, has grown into a miniature Pentagon. It’s supposed to be the actual “defense” department -- since the Pentagon is essentially a Department of Offense -- and it’s rife with all the same issues and defects that critics of the military-industrial complex have decried for decades.  In other words, “homeland security” has become another obese boondoggle.

But here’s the strange thing: unlike the Pentagon, this monstrosity draws no attention whatsoever -- even though, by our calculations, this country has spent a jaw-dropping $791 billion on “homeland security” since 9/11. To give you a sense of just how big that is, Washington spent an inflation-adjusted $500 billion on the entire New Deal.

Despite sucking up a sum of money that could have rebuilt crumbling infrastructure from coast to coast, this new agency and the very concept of “homeland security” have largely flown beneath the media radar -- with disastrous results.

And that’s really no surprise, given how the DHS came into existence.

A few months before 9/11, Congress issued a national security report acknowledging that U.S. defense policy had not evolved to meet the challenges of the twenty-first century.  The report recommended a “national homeland security agency” with a single leader to oversee homeland security-style initiatives across the full range of the federal government.  Although the report warned that a terrorist attack could take place on American soil, it collected dust.

Then the attack came, and lawmakers of both political parties and the American public wanted swift, decisive action.  President George W. Bush's top officials and advisers saw in 9/11 their main chance to knock off Iraqi dictator Saddam Hussein and establish a Pax Americana in the Greater Middle East.  Others, who generally called themselves champions of small government, saw an opportunity to expand big government at home by increasing security spending.

Their decision to combine domestic security under one agency turned out to be like sending the Titanic into the nearest field of icebergs.

President Bush first created an Office of Homeland Security in the White House and then, with the Homeland Security Act of 2002, laid plans for a new executive department. The DHS was funded with billions of dollars and staffed with 180,000 federal employees when it opened for business on March 1, 2003.  It qualified as the largest reorganization of the federal government since 1947 when, fittingly, the Department of Defense was established.

Announcing plans for this new branch of government, President Bush made a little-known declaration of “mission accomplished” that long preceded that infamous banner strung up on an aircraft carrier to celebrate his “victory” in Iraq.  In November 2002, he said, “The continuing threat of terrorism, the threat of mass murder on our own soil, will be met with a unified, effective response.”

Federal officials created the DHS by pulling together 22 existing government departments, including stand-alone agencies like the Federal Emergency Management Agency, better known by its acronym FEMA, and the Coast Guard, which came with programs both related and unrelated to counterterrorism.  They also brought into the DHS a host of programs that had previously existed as parts of other agencies like the Nuclear Incident Response Team from the Department of Energy and the Transportation Security Administration at the Department of Transportation.  To knit these disparate parts together, officials built a mammoth bureaucracy over an already existing set of bureaucracies.  At the same time, they left a host of counterterrorism programs scattered across the rest of the federal government, which means, a decade later, many activities at the DHS are duplicated by similar programs elsewhere.

A trail of breadcrumbs in federal budget documents shows how much is spent on homeland security and by which agencies, though details about what that money is buying are scarce.  The DHS budget was $60 billion last year.  However, only $35 billion was designated for counterterrorism programs of various sorts.  In the meantime, total federal funding for (small-h, small-s) homeland security was $68 billion -- a number that, in addition to the DHS money, includes $17 billion for the Department of Defense, plus around $4 billion each for the Departments of Justice and Health and Human Services, with the last few billion scattered across virtually every other federal agency in existence.

From the time this new security bureaucracy rumbled into operation, the Government Accountability Office (GAO), Washington’s internal watchdog, called the DHS a “high risk” proposition.  And it’s never changed its tune. Regular GAO reports scrutinize the department and identify major problems.  In March of last year, for instance, one GAO report noted that the office had recommended a total of 1,600 changes.  At that time, the department had only “addressed about half of them” -- and addressed doesn’t necessarily mean solved.

So rest assured, in the best of all possible homeland security worlds, there are only 800-odd issues outstanding, according to the government’s own watchdog, after we as a nation poured $791 billion down the homeland security rabbit hole.  Indeed, there remain gaping problems in the very areas that the DHS is supposedly securing on our behalf:

* Consider port security: you wouldn’t have much trouble overnighting a weapon of mass destruction into the United States.  Cargo terminals are the entry point for containers from all over the world, and a series of reports have found myriad vulnerabilities -- including gaps in screening for nuclear and radiological materials.  After spending $200 million on new screening technology, the DHS determined it wouldn’t deliver sufficient improvements and cancelled the program (but not the cost to you, the taxpayer).

* Then there are the problems of screening people crossing into this country.  The lion’s share of responsibility for border security lies with part of the DHS, the U.S. Customs and Border Protection (CBP), which had an $11.7 billion budget in fiscal 2012.  But in the land of utter duplication that is Washington’s version of counterterrorism, there is also something called the Border Security Program at the State Department, with a separate pot of funding to the tune of $2.2 billion last year.  The jury’s out on whether these programs are faintly doing their jobs, even as they themselves define them.  As with so many other DHS programs, the one thing they are doing successfully is closing andlocking down what was once considered an “open” society.

* For around $14 billion each year, the Department of Homeland Security handles disaster response and recovery through FEMA, something that’s meant to encompass preparedness for man-made as well as natural disasters. But a 2012 investigation by the GAO found that FEMA employs an outdated method of assessing a disaster-struck region’s ability to respond and recover without federal intervention -- helpfully, that report came out just a month before Hurricane Sandy.

* Recently, it came to light that the DHS had spent $431 million on a radio system for communication within the department -- but only one of more than 400 employees questioned about the system claimed to have the slightest idea how to use it.  It’s never surprising to hear that officials at separate agencies have trouble coordinating, but this was an indication that, even within the DHS, employees struggle with the basics of communication.

* In a survey that covered all federal departments, DHS employees reported rock-bottom levels of engagement with their work.  Its own workers called the DHS the worst federal agency to work for.

Those are just a few of a multitude of glaring problems inside the now decade-old department. Because homeland security is not confined to one agency, however, rest assured that neither is its bungling:

* There is, for instance, that $17 billion in homeland security funding at the Department of Defense -- a mountain of cash for defending against terrorist attacks, protecting U.S. airspace, and providing security at military bases. But perhaps defense officials feel that $17 billion is insufficient, since an October 2012 report by the GAO found the Pentagon had outdated and incomplete plans for responding to a domestic attack, including confusion about the chain of command should such an event take place.  That should be no surprise, though: the Pentagon is so replete with oversight problems and obsolete, astronomically expensive programs that it makes the DHS look like a trim, well-oiled machine.

* Or consider the domestic counterterrorism unit at the Bureau of Alcohol, Tobacco, Firearms, and Explosives (ATF), which enjoyed $461 million in homeland security funding last year and is housed not at the DHS or the Pentagon but at the Department of Justice.  ATF made headlines for giving marked firearms to Mexican smugglers and losing track of them -- and then finding that the weapons were used in heinous crimes. More recently, in the wake of the Newtown massacre, ATF has drawn attention because it fails one of the most obvious tests of oversight and responsibility: it lacks a confirmed director at the helm of its operations. (According to The Hill newspaper, Sen. Charles Grassley (R-IA) is currently holding up President Obama’s appointment to head the agency.)

Washington has poured staggering billions into securing the so-called homeland, but in so many of the areas meant to be secured there remain glaring holes the size of that gaping wound in the Titanic’s side.  And yet over the past decade -- even with these problems -- terrorist attacks on the homeland have scarcely hurt a soul.  That may offer a clue into just how misplaced the very notion of the Department of Homeland Security was in the first place.  In the wake of 9/11, pouring tiny percentages of that DHS money into less flashy safety issues, from death by food to death by gun to death by car, to mention just three, might have made Americans genuinely safer at, by comparison, minimal cost.

Perhaps the strangest part of homeland security operations may be this: there isno agreed-upon definition for just what homeland security is. The funds Washington has poured into the concept will soon enough approach a trillion dollars and yet it’s a concept with no clear boundaries that no one can agree on.  Worse yet, few are asking the hard questions about what security we actually need or how best to achieve it.  Instead, Washington has built a sprawling bureaucracy riddled with problems and set it on autopilot.

And that brings us to today. Budget cuts are in the pipeline for most federal programs, but many lawmakers vocally oppose any reductions in security funding. What’s painfully clear is this: the mere fact that a program is given the label of national or homeland security does not mean that its downsizing would compromise American safety. Overwhelming evidence of waste, duplication, and poor management suggests that Washington could spend far less on security, target it better, and be so much safer.

Meanwhile, the same report that warned in early 2001 of a terrorist attack on U.S. soil also recommended redoubling funding for education in science and technology.

In the current budget-cutting fever, the urge to protect boundless funding for national security programs by dismantling investment essential to this country’s greatness -- including world-class education and infrastructure systems -- is bound to be powerful.  So whenever you hear the phrase “homeland security,” watch out: your long-term safety may be at risk.