Pro-wrestling and the Tea Party, together at last 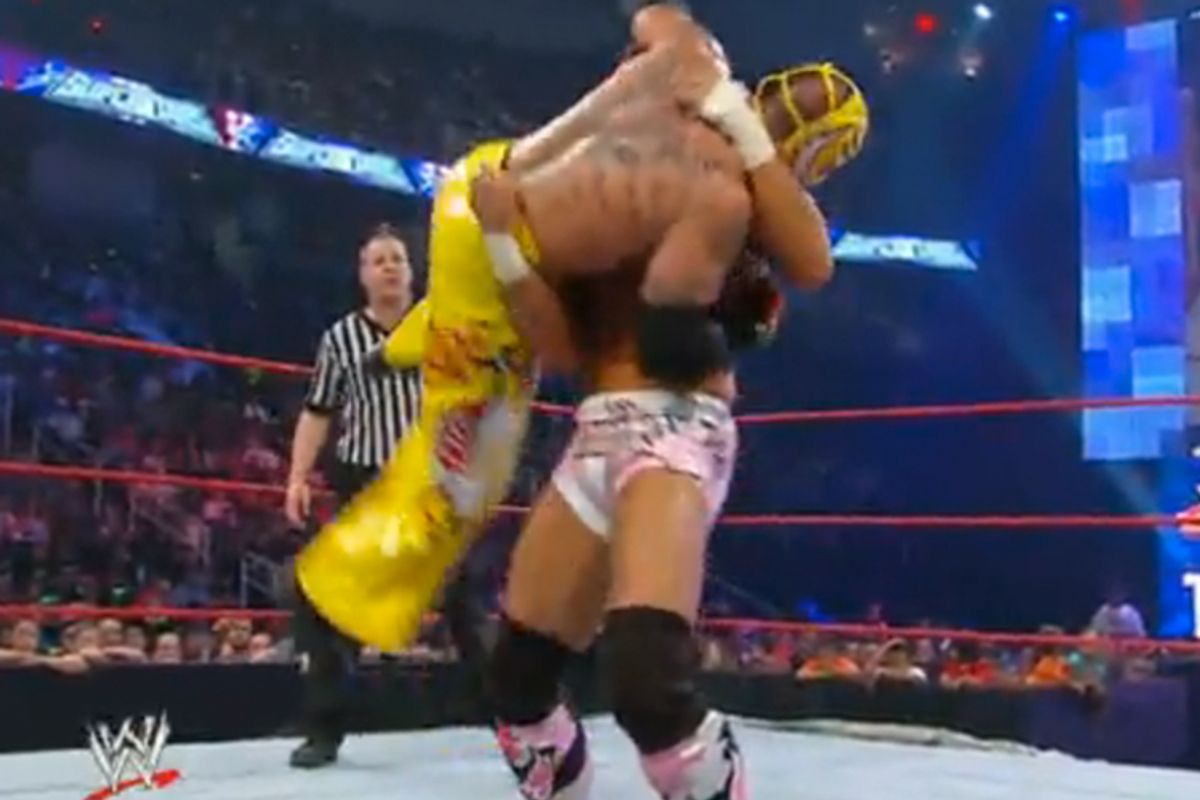 Karl Rove's on-air meltdown during Fox News' election-night coverage might have been one of the greatest pieces of political theater in recent years, but behind it was a very real struggle for the center of the Republican Party. Rove had always held the radical view that the party should adapt to changing demographics and maybe stop making a point of hating Latino immigrants so outwardly and vehemently, and the expensively manufactured quasi-populist Tea Party movement disagreed. And now that we know the Tea Party is really only good at holding up Congressional legislation, the party is changing, and we're seeing Rovian types scrambling to hold up guys like Marco Rubio and Ted Cruz as potential leaders of anything. Obviously, this has all been crazy fun to watch. But I'd argue that the same struggle, playing as it is in WWE rings, is even more fascinating.

For a few generations now, Connecticut's McMahon family has controlled the WWE. McMahon matron Linda McMahon has run for Senate as a Republican twice, and she's lost spectacularly both times, culminating in the bizarre spectacle of her most recent concession speech. Linda spent a bit of time attempting to throw in with the Tea Party, but the McMahons are, at heart, old-school Northeastern business-class Republicans. If the religious right mattered that much to them, they wouldn't have booked the Undertaker to crucify Stone Cold Steve Austin on their TV show 14 years ago. And until a couple of weeks ago, the family's strongest statement on their Party's dissolution was a Daniel Bryan/Kane sketch that ineffectually made fun of Nate Silver. But now we've got Zeb Colter, which is something different.

As a WWE wrestler, Jack Swagger has never amounted to too much. He's a towering blonde corn-fed Okie with impressive collegiate wrestling credentials, and the company once made a decent go at transforming him into Kurt Angle when Angle left for TNA. He had some fun matches on the WWE's doomed ECW reboot, and there was a brief and unmemorable run as World Heavyweight Champion, but in the past few years Swagger has mostly only gotten TV time when someone's had to lose to a bigger star. He's serviceable in the ring and a vast blank on the microphone, and that's not a combination that leads to great WWE success. And a few months ago, he made some vague statement about needing to find himself and disappeared from WWE TV completely. The great wrestling critic Brandon Stroud wrote a serialized novella during that absence, imagining Swagger on a John Carter-style mission to Mars. But as far as the WWE was concerned, Swagger was actually off being jumped into an isolationist militia somewhere.

Swagger returned about a month ago, suddenly dominant and now referring to his ankle lock finishing move as the Patriot Act. And shortly after his return, he introduced a new friend, a feverish proselytizer named Zeb Colter. Colter, with his Yosemite Sam mustache drooping over his survivalist beard and his all cargo everything, looks like the very picture of an amateur border patrol enthusiast. Judging by his speeches, he's a single-issue nutball. He wants the immigrants gone.

Colter is actually Dutch Mantel, an old-school Southern wrestling bad guy who knows how to sell this poppycock because, you get the idea, he actually believes at least a little piece of it. His new stage name manages to mock both Ann Coulter and Uncle Zeb, the hick character he played for a while in the 90s WWF. Zeb has a bit of a mysterious backstory; like Mantel, he's a Vietnam vet, and he fought alongside Swagger's father, fighting for an America that he no longer recognizes. WWE audiences being what they are, there's always a remote chance that they'll start cheering his rhetoric. But thus far, the company has been doing an excellent job presenting him and Swagger as clear-cut bad guys, to the point where Glenn Beck called out the company for parodying his own self-parody of a viewpoint. (There's now a minor one-way feud going on between the WWE and Beck, with WWE sending camera crews to Beck's office and attempting to force him to show up on Raw, and Colter even breaking character for long enough to assume a moral high ground.)

With Zeb around, Swagger no longer has to talk; he just has to destroy people in matches and loom behind Zeb during speeches, occasionally shouting. "We! The People!" He's pretty good at both of those things. The Colter/Swagger duo comes across most clearly in a series of deliberately crude YouTube videos, with both of them standing against shitty wood paneling, Swagger scowling while Colter reels off talk-radio talking points. But Swagger is now being presented as an absolute threat. Earlier this month, he scored a flukey pin against dominant star Randy Orton to win a deeply entertaining six-man Elimination Chamber match, which made Swagger the #1 contender for the World Heavyweight Championship heading into Wrestlemania.

His opponent at the company's biggest annual show will be the Mexican wrestler Alberto Del Rio, presented as a foreign aristocrat until a few months ago, when the company realized that maybe their most prominent Latino wrestler shouldn't be a complete dick. As a grinning babyface, Del Rio's been a revelation, as his recent series of successful matches against the behemoth Big Show has made clear. And now Swagger and Colter, of course, are claiming that a Mexican wrestler shouldn't be the champion in an American company, and Del Rio is (somewhat disingenuously) calling the U.S. the greatest country on earth because it gives someone like him a chance. At a certain point, this stuff writes itself.

But in knowingly incurring the wrath of Beck and Coulter, the McMahons are making their own centrist-Republican stand, throwing their goofy fictional lot in with Del Rio’s only-in-America platitudes, and with Rove and the assembled forces of establishment Republican orthodoxy. When the McMahons make political stands through their characters, they're usually blasting impossibly easy targets: Russia, Iran, those who would censor WWE programming. But here, they're taking clear and deliberate aim at a viewpoint that a decent chunk of their fans might hold. They might even be hoping to change minds, to make the world a safer place for a third Linda McMahon Senate run, or for, at least, the philosophies that the failed runs represented.

Last week, Mississippi police arrested Swagger after a WWE show, charging him with DUI and marijuana possession. The WWE has lately been taking wrestler drug use seriously, and offenses like that would usually get Swagger jerked off of WWE TV for weeks, maybe even fired. I wanted to write this piece last week, but I held off because I thought the arrest would gum up the plans. That didn't happen. Swagger and Colter were back on WWE TV this Monday, as if nothing had happened. That's a clear sign that the McMahons really, really want to tell this story. When the fight for the soul of the Republican Party takes the form of spandex-clad grapplers, it means fascinating things are happening on your TV, and that maybe you should pay attention.