Al-Qaida is very disappointed in Obama for supporting marriage equality

The militant Islamist organization weighs in on the president's "evolved" position 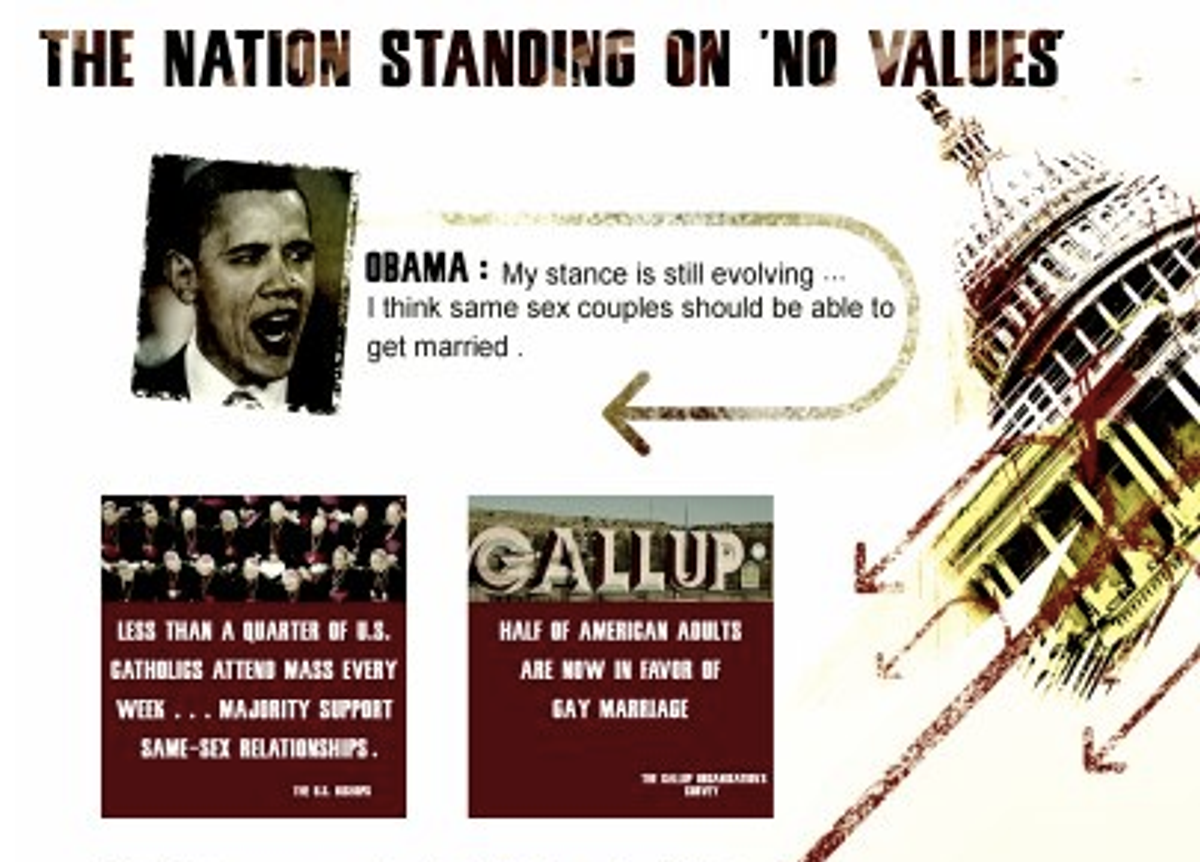 Not content to let the National Organization for Marriage and congressional Republicans have all the fun, terrorist outfit Al Qaeda has jumped into the anti-marriage equality fray.

In the latest issue of Inspire, the Al Qaeda-produced English-language magazine, the militant group denounces Obama's 180 on gay marriage -- with a hard-hitting infographic.

Titled, "The Nation Standing on 'No Values,'" the spread also goes after "gay congressman" Barney Frank, calling him a "symbol of the American dream."

Two quick things: First, Frank is no longer a congressman. Second, I am not sure why Al Qaeda thinks the former Democratic Rep. from Massachusetts is the symbol of the American dream. Did they not watch the Oscars? Have they never heard of Jennifer Lawrence? Don't they know that she is our newly chosen queen?

Al Qaeda may have taken a public stand against marriage equality, but it remains to be seen if they will be joining other likeminded folks at the National March for Marriage in Washington, D.C. later this month.

But don't just check out the latest issue for their take on Obama; the magazine has plenty of other great tips about torching parked vehicles and causing road accidents that you'll enjoy.