Gov. Jerry Brown on Friday reversed a parole board and denied the release of 70-year-old Bruce Davis 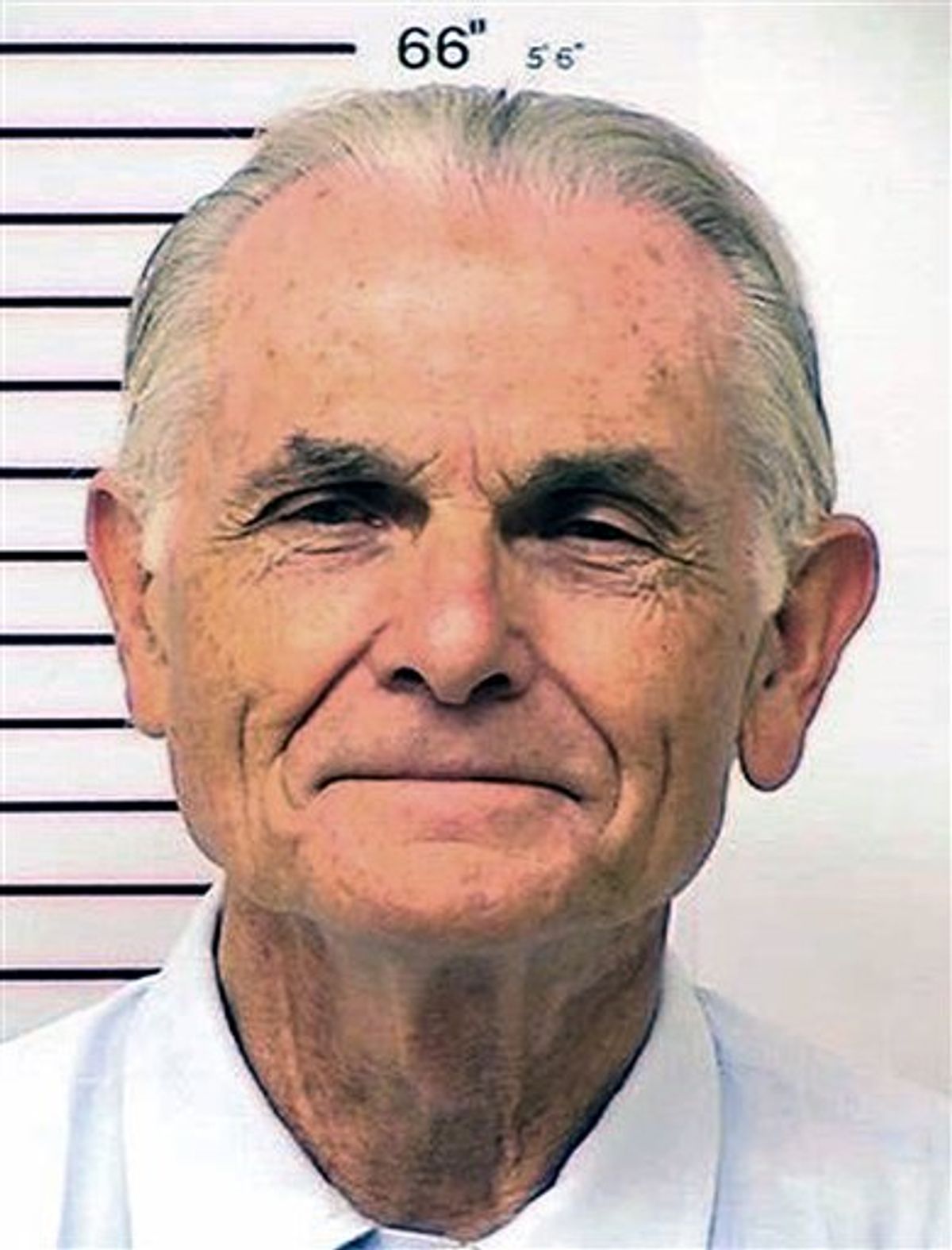 ADDITION ADDS-Gov. Jerry Brown has reversed a state parole board panel's decision to recommend parole for Davis-File-This file photo provided Jan. 29, 2013, by the California Department of Corrections shows Bruce Davis. California's governor is scheduled to approve or reject a recommendation of parole for former Charles Manson follower Davis. He has served over 40 years for two murders unrelated to the notorious Sharon Tate-LaBianca killings. (AP Photo/California Department Of Corrections,File) (AP)
--

LOS ANGELES (AP) — Gov. Jerry Brown on Friday reversed a parole board and denied the release of a former Charles Manson follower who has served more than 40 years in prison.

The board had recently approved the release of 70-year-old Bruce Davis but left the final decision to the governor.

Brown gave his decision to the Associated Press at the downtown Los Angeles County courthouse after a meeting with District Attorney Jackie Lacey, who had recommended that Davis not be paroled.

"I find the evidence ... shows why he currently poses a danger to society if released from prison. Therefore, I reverse the decision to parole Mr. Davis," the written decision said.

Davis would have been only the second Manson-related murder defendant to be granted parole since the killing spree began in 1969.

Davis was not involved in the notorious Sharon Tate-LaBianca killings but was convicted with Manson and others in the murders of a musician and a stuntman.

Brown's six-page decision focused on Davis' role in the murderous Manson Family in the late 1960s.

"The record indicates that Davis fully embraced and championed the family's distorted values and goals, and was willing to protect the family's interests at all costs," the decision said.

Brown said that Davis' refusal to fully acknowledge his responsibility for two killings was central to his decision.

"I do not believe that Davis was just a reluctant follower who passively went along with the violence," he said. "Davis was older, more experienced, he knew what the Manson Family was capable of, and he knowingly and willingly took part in these crimes."

The decision outlined in gruesome detail the killings of musician Gary Hinman and stuntman ranch hand Donald "Shorty" Shea. Manson was a direct participant in both killings, according to witnesses.

Steve Grogan, another participant in those murders, was released many years ago after he agreed to lead police to where the bodies were buried on a remote movie ranch in the San Fernando Valley.

The decision relied heavily on trial testimony of Barbara Hoyt, a former Manson Family member who has become a constant attendee at parole hearing and an advocate for keeping all members of the cult in prison.

Many of the details she gave were proven wrong when the bodies were exhumed. She had spoken of dismembered bodies but both men's bodies were found intact.

"Until Davis can acknowledge and explain why he actively championed the family's interests and shed more light on the nature of his involvement, I am not prepared to release him," Brown said.

Davis was 30 when he was sentenced to life in prison in 1972 in the case that was a postscript to Manson's notorious reign as leader of the murderous communal cult.

Davis long maintained that he was a bystander in the killing of the two men. But in recent years, he has acknowledged his shared responsibility. He said his presence may have emboldened others to take action because he was an elder of the group.

Davis became a born-again Christian in prison and ministered to other inmates, married a woman he met through the prison ministry, and has a grown daughter. The couple recently divorced.

Davis also earned a master's degree and a doctorate in philosophy of religion.

Brown commended him for his self-help efforts but said the work was outweighed by other factors.

"After 42 years of incarceration, it is encouraging that Davis is beginning to reveal the actual details of what happened. But it is clear that he continues to withhold information about these events," Brown said.

The governor's decision echoed that of his predecessor Arnold Schwarzenegger, who also reversed a parole board that found Davis suitable for parole.

Manson and three of his followers, Leslie Van Houten, Patricia Krenwinkel and Charles "Tex" Watson, remain in prison for life in the Tate killings. Their co-defendant, Susan Atkins, died of cancer behind bars in 2009.