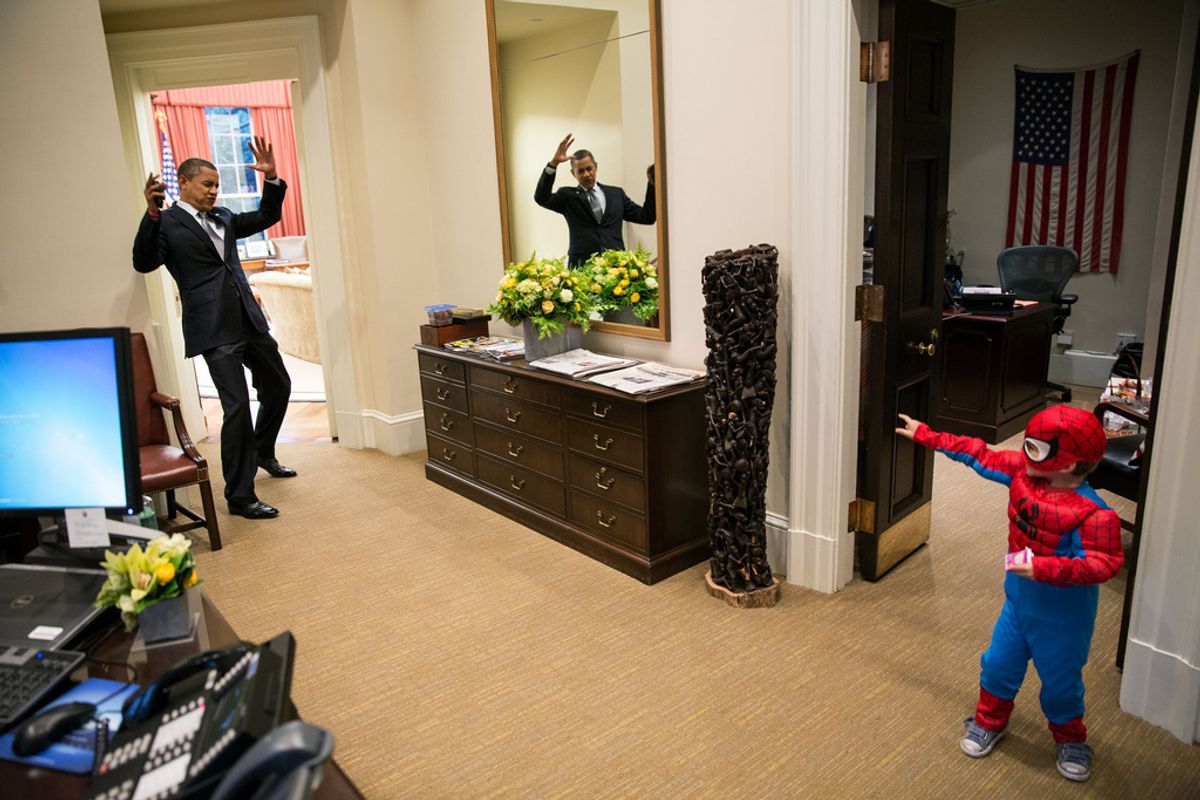 In a press conference Friday, President Obama outraged nerds everywhere when he mixed up his "Star Trek" and "Star Wars" references and referred to a "Jedi mind meld." The comment quickly took hold of the Internet (and spawned the hashtag #ObamaSciFiQuotes). Even the White House riffed on the mix-up with a tweet that (probably) intentionally confused the two franchises again:

Despite this, Obama has pretty strong nerd cred. Here's a look back at the best of those moments: