A new report from the New York Fed shows the explosion of total student loan debt, which shows no sign of stopping 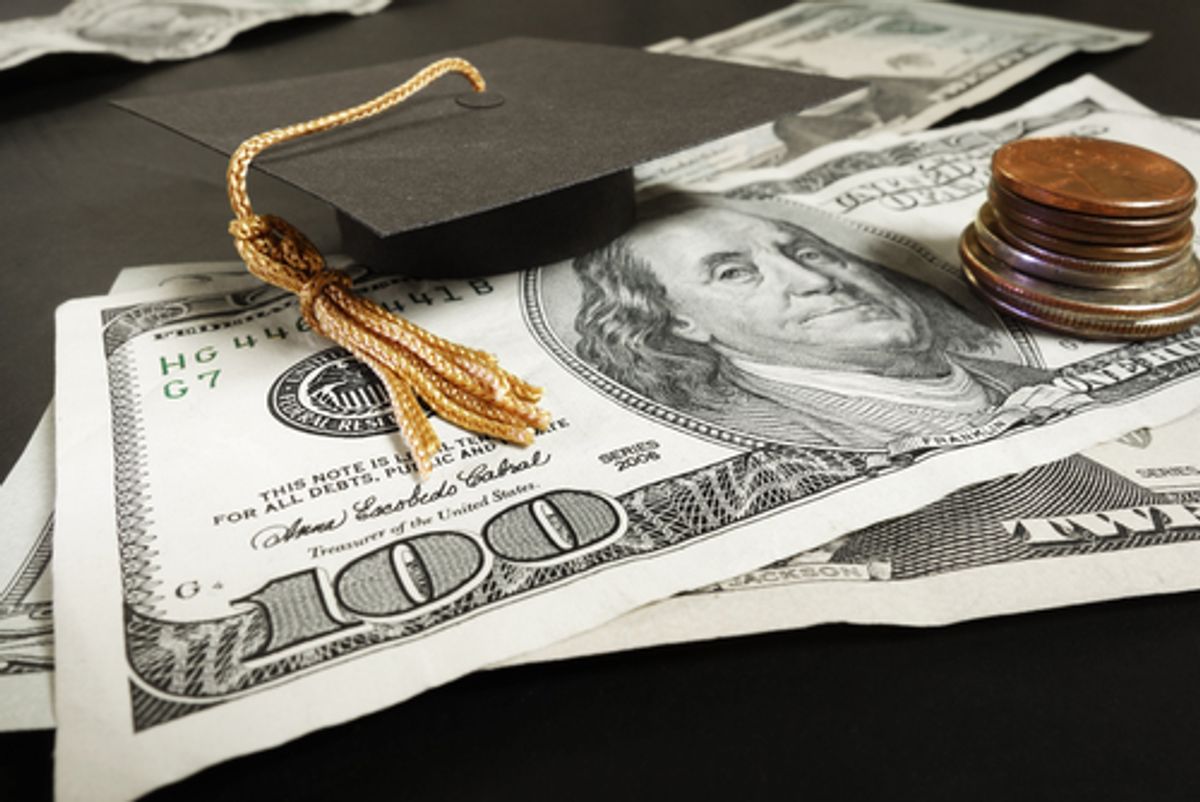 A new report from the New York Federal Reserve further confirms what many commentators have been long saying -- student debt is the bubble that just keeps expanding. Total student debt has nearly tripled in the past three years.

Noting the N.Y. Fed report, HuffPo pointed out that the proliferation of indebted students and their families has knock on effects on other areas of the economy:

Fewer people with student loans are buying homes, according to data in the report. Of borrowers ages 25 to 30 who are taking out new mortgages, the percentage of those with student debt has fallen by half, from nearly 9 percent in 2005 to just above 4 percent in 2012.

The fed report sees a connection, stating, "The higher burden of student loans and higher delinquencies may affect borrowers' access to other types of credit and the performance of other debt."

Crucially, however, the student debt bubble can't be construed in the same way, say, as the housing bubble. Student debt will (and already does) have crippling effects on millions of Americans, but it's a bubble with no promise of burst. As Malcolm Harris has long pointed out, since most student loan debt is government backed and can never be discharged, the type of meltdown the student loan explosion could precipitate will take a different shape than the mortgage crisis, with the victims (student borrowers) already in place and struggling:

All the hallmarks of a bubble are there, including massive securitization and seemingly risk-free financial products. But, as the financial analysts are quick to remind us, the vast majority of this debt is government-backed. What’s the worst that could happen?

As far as investors are concerned, this line of thinking works just fine, but it should look less rosy for the Treasury. If it turns out the subsequent work of student debtors isn’t worth as much as the markets figured, another trillion-dollar bailout may be required, and the taxpayers can hardly afford it.

Yet neither investors nor the Treasury seem particularly concerned...

There’s no escape from student debt, and the government and markets both know it. This is, then, the real plan for the education bubble: student debtors will be forced, in one way or another, to fill it in. Not only are student loans not a burden on the federal government, they’re a good investment.

So it's a bubble set for unfettered expansion and it's in neither the government's nor investors' interest to intervene. Strike Debt activist campaigns have proposed collective debt resistance, but their efforts have not yet made a significant dent in the national or even New York City-wide picture. As Harris noted in the Boston Review last November, "short of suicide, expatriation, or revolt, there’s not much 37 million American student debtors and counting can do about it."