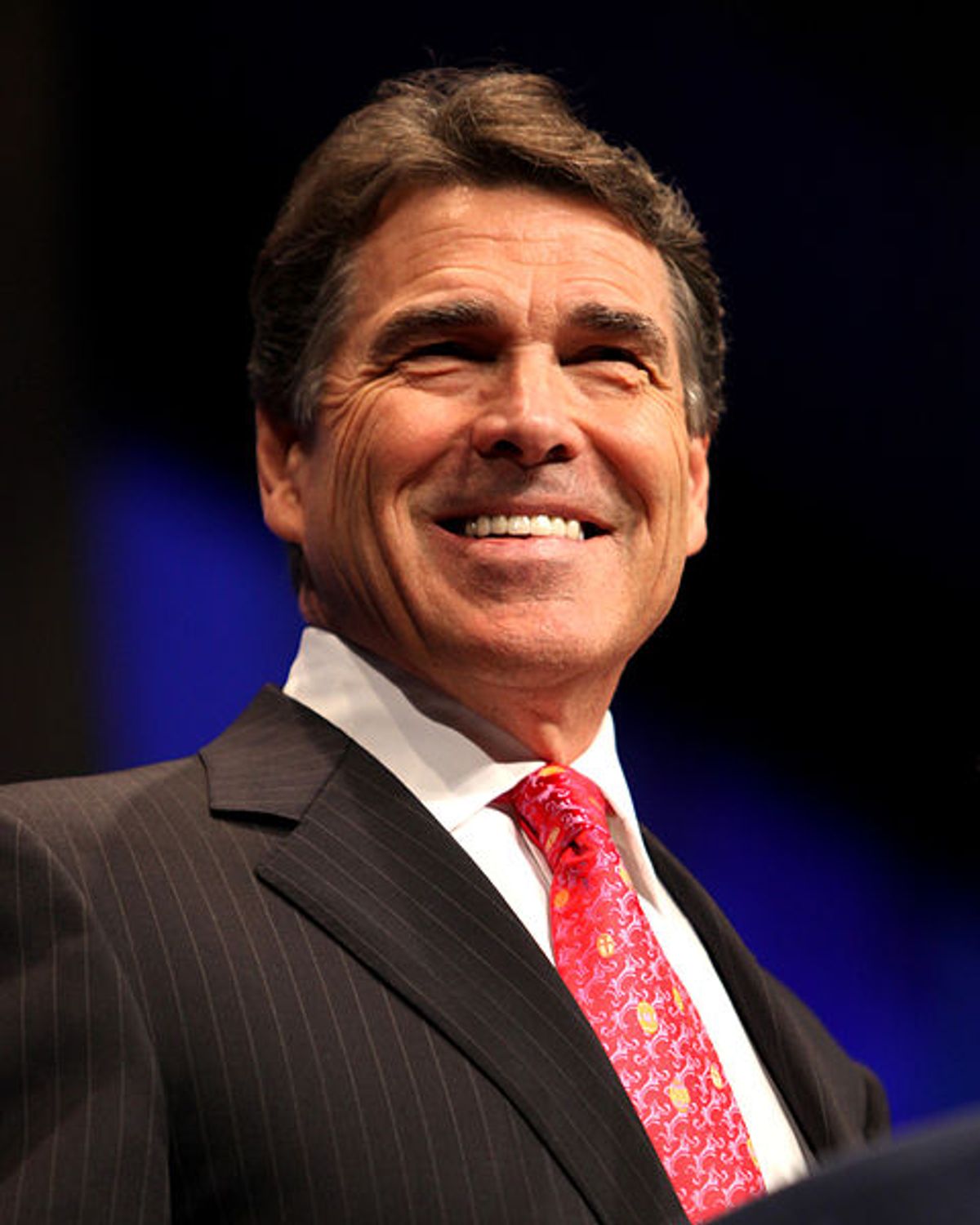 During the 2011 legislative session, Texas lawmakers passed a two-year budget cutting $73 million from family planning programs. In 2012, Gov. Rick Perry dissolved the state's partnership with the federal Women's Health Program and forfeited millions in Medicaid funding for low-income women's healthcare. From the beginning, Republican lawmakers were unabashed about the reasoning behind such extreme measures, which was, per state Rep. Bill Zedler, to "defund the 'abortion industry.'"

But in Texas, Planned Parenthood's women's health clinics were a separate legal and administrative entity from their abortion-care providers, so tax dollars never funded abortions in the first place. Instead, the cuts made it nearly impossible for low-income and working-class women in the state to see a physician for contraception, breast exams, pap smears and other basic care.

And now, Texas lawmakers are learning a little lesson: Take away women's access to contraception and abortion, and they will have more babies. (Them's the breaks when it comes to forced pregnancy, Gov. Perry.)

The Health and Human Services Commissions has projected that, because of funding cuts, unplanned pregnancies in Texas will add $273 million in costs to taxpayers. The Texas Legislative Budget Board also estimated that the cuts would lead to 284,000 women losing family planning services, resulting in 20,000 additional unplanned births at a cost upward of $200 million.

This scared Republican lawmakers. A lot. So, in an effort to beef up access without reinstating former programs, Republican state senators have proposed adding $100 million to a state-run primary care program specifically for women’s health services. As reported by the New York Times:

Several state senators have suggested earmarking $100 million in general revenue to the Community Primary Care Services Program, to be used for women’s health services. The program contracts community health clinics and nonprofit organizations to provide a range of services for poor Texans who do not qualify for other state health programs. The additional money could increase the number of patients served annually in the program to 234,000 from 64,000 and nearly double the number of participating health care organizations, to 100 from 57, according to the Department of State Health Services.

It's far from a perfect bargain, and more than a little disconcerting that it was money -- not women's health and their basic right to care -- that inspired the change. Still, reproductive rights advocates welcome the funding. As do many Democratic lawmakers who opposed the cuts in the first place.

“I know some of my colleagues felt like in retrospect they did not fully grasp the implications of what was done last session,” Rep. Donna Howard, Democrat of Austin, told the Times, but, “I think there is some effort they’ll be willing to make to restore whatever we can.”