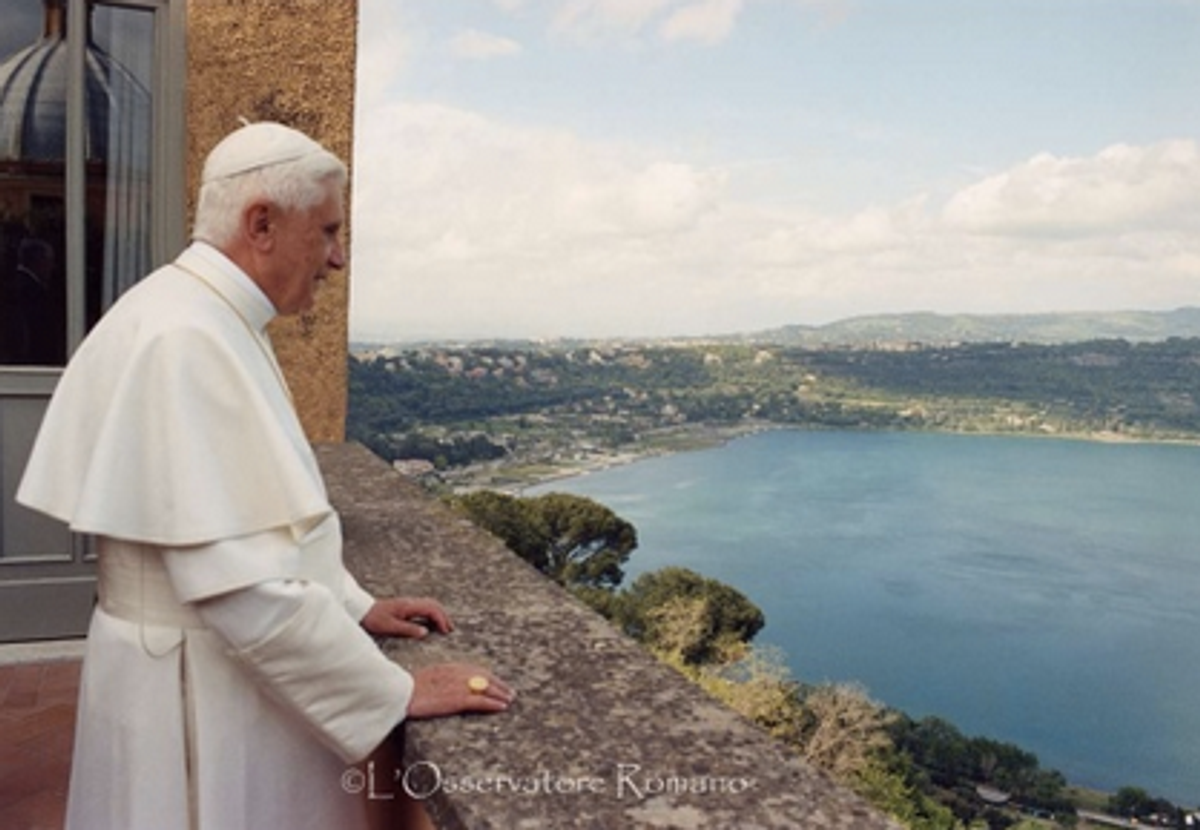 The Vatican may have deleted the pope emeritus' Twitter feed (digital archive available here), but they created another place on the Web for those interested in a walk down papal memory lane: A Vatican-approved digital scrapbook.

The 62-page album features a collection of photos from L'Osservatore Romano, the Holy See's newspaper. In it, you'll find images of Benedict doing very pope-like things, such as holding both of his hands in the air, wearing big hats, wearing small hats, riding trains and petting dogs.

But considering the decadence of the papal retreat, Castel Gandolfo, one would think the Vatican would have more dough to spend on a Web designer. The pope's scrapbook looks like something out late-90s Geocities, utilizing the much-maligned comic sans font to provide caption captions for each picture.

You can view it in full here.