Watch the Miami Heat do the Harlem shake 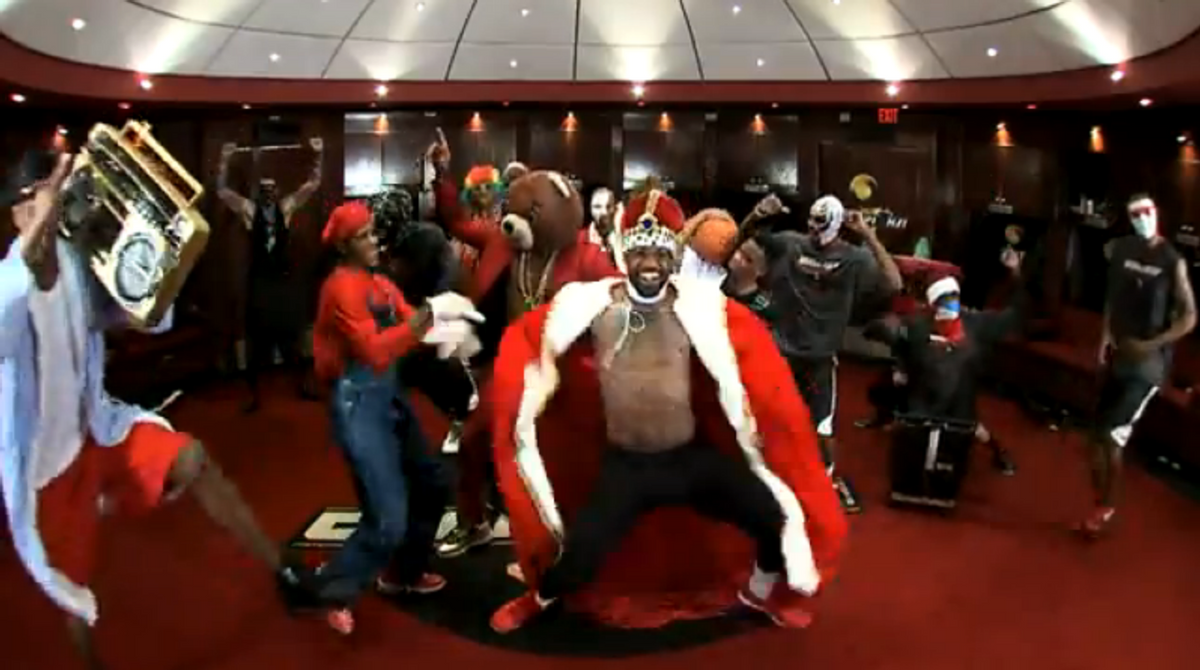 Well, the Harlem shake was fun while it lasted, sort of. On Thursday night, the Miami Heat released their own version of the dance video, as sure a sign as any that the viral sensation is finally over. Still, basketball fans can revel in the sight of human inkblot Chris "Birdman" Andersen flapping his wings like a drugged-out condor and LeBron James channeling his inner Busta Rhymes. And look! There's Mario Chalmers as Super Mario and (we're guessing) Dwyane Wade as Kanye West circa 2004. It's like the cover of Sgt. Pepper's Lonely Hearts Club Band sprung to life, but with ghetto blasters and sombreros.

This isn't the first time the Heat have made news off the court. In March of 2012, the team donned hoodies in support of Trayvon Martin, a political statement as surprising as it was brave. Their latest video shows they know how to let loose together too.