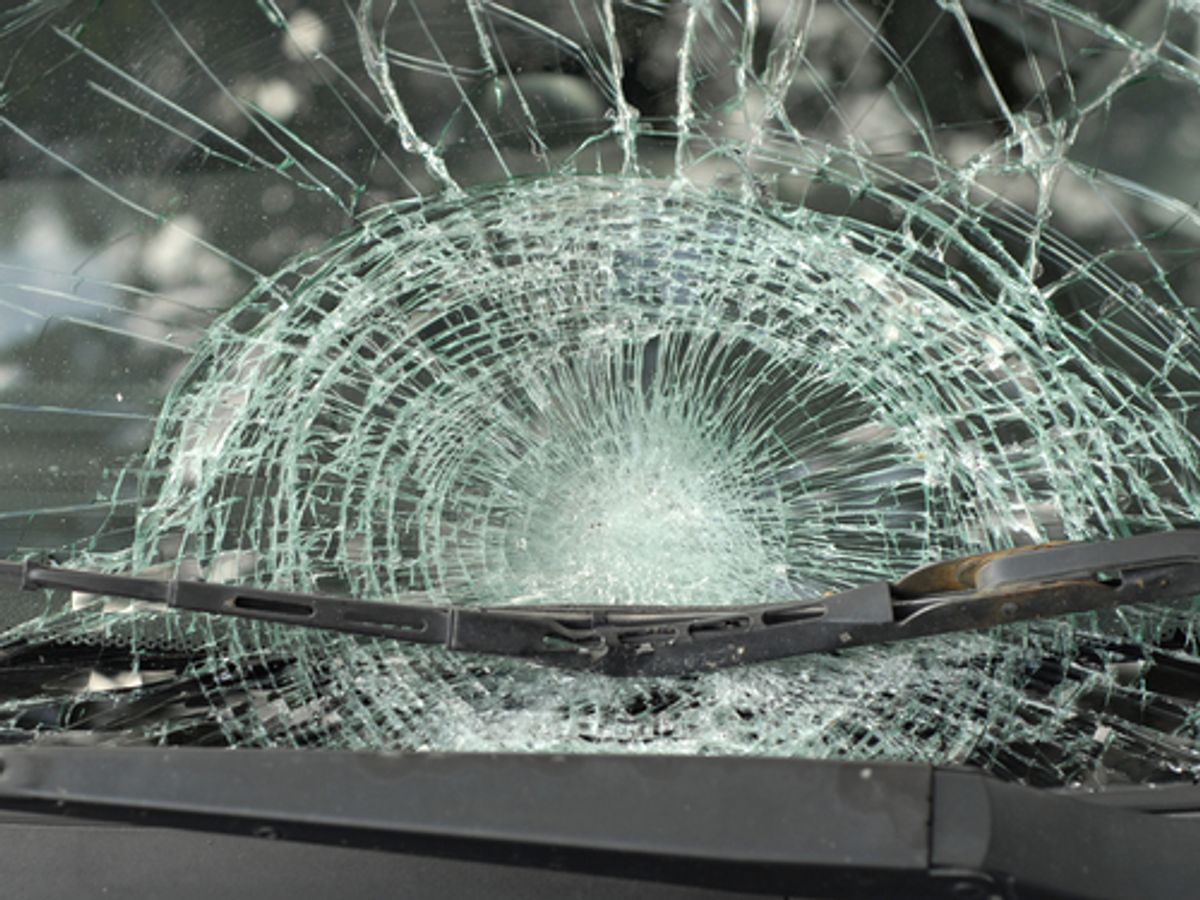 NEW YORK (AP) -- A young couple who had taken a car service to a hospital for the birth of their first child were killed en route in a hit and run early Sunday, but their baby boy survived, born prematurely, authorities and a neighbor said.

The driver of a BMW slammed into the car carrying Nathan and Raizy Glauber, both 21, at an intersection in the Williamsburg neighborhood of Brooklyn, said Isaac Abraham, a neighbor of Raizy Glauber's parents who lives two blocks from the scene of the crash. Both of the Glaubers were pronounced dead at hospitals, police said.

Their infant son was in serious condition at a hospital, said Abraham, and the driver of their car was in stable condition, police said.

Both the driver of the vehicle that hit the couple's car and a passenger fled and are being sought, police said.

Photos taken after the accident showed both cars mangled and the front end of the BMW crumpled. Issac said the Glaubers called a car service because they didn't own a car, which is common for New Yorkers.

The Glaubers were Orthodox Jews, and Abraham often speaks publicly for the different sects in the ultra-orthodox community, which has strict rules governing clothing, social customs and interaction with the outside world. Men wear dark clothing that includes a long coat and a fedora-type hat and often have long beards and ear locks.

Abraham called the couple's death "a tragedy beyond (belief) just coming off a joyous holiday as Purim" as they were getting ready to welcome their first child.

A funeral for the Glaubers was planned for Sunday afternoon. Jewish law calls for burial of the dead as soon as possible.

Brooklyn is home to the largest community of ultra-orthodox Jews outside Israel, more than 250,000.