Top 5 investigative videos of the week 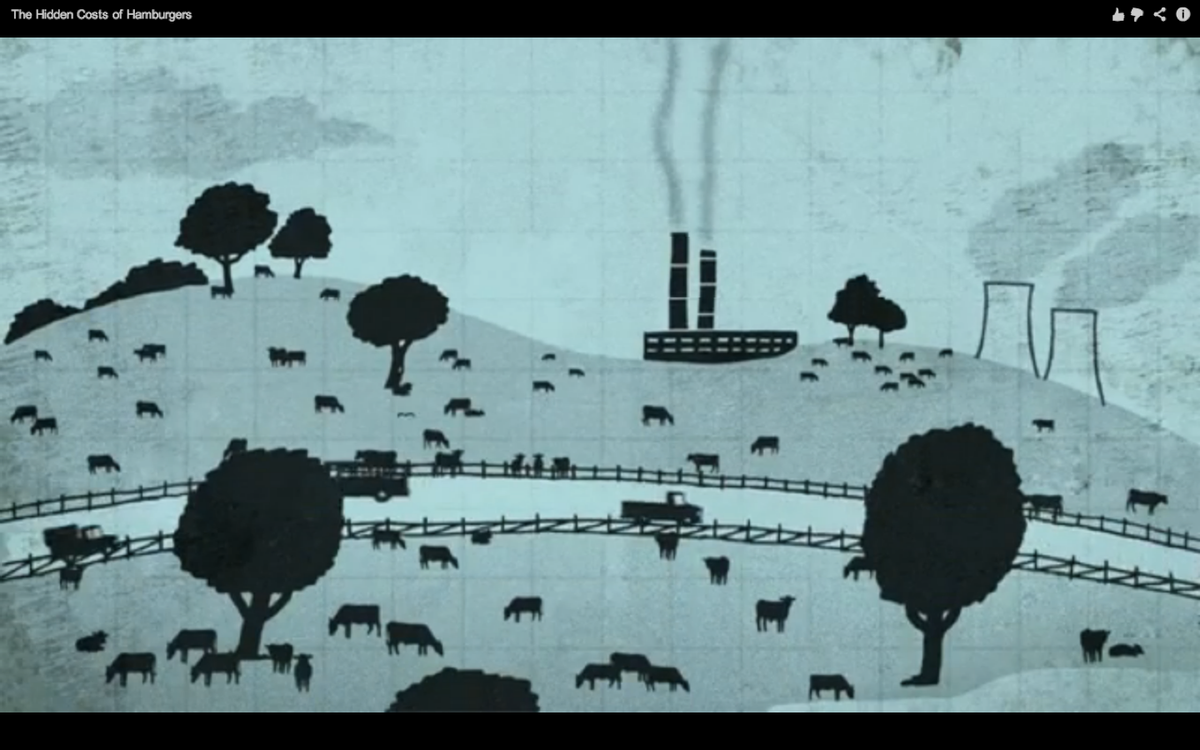 Scene still from "The Hidden Cost of Hamburgers"
--

This piece originally appeared on cironline.org.

YouTube probably isn’t the first place you go when you’re looking for great investigative reporting. But interspersed among the videos of honey badgers and Harlem Shakers, there is some surprising and innovative storytelling, both from established news outlets and independent producers.

Our new investigative YouTube channel, The I Files, curates and showcases the best investigative reporting from around the world. Basically, we slog through all the crap so you don’t have to.

In a new partnership between Salon and the Center for Investigative Reporting, every weekend I’ll be highlighting my picks of the top investigative videos of the week. These might range from a more traditional piece of gumshoe muckraking to an unexpected window into a world you might not otherwise see. It might even be animated. I also will delve into the archives to find older pieces that suddenly seem relevant again.

Let me know about any stories that I might have overlooked or that you think I should feature. You can subscribe to The I Files channel to see all of the latest videos produced by CIR or that we’ve tirelessly uncovered.

Since the Syrian uprising began almost two years ago, there has been a lot of courageous reporting from the conflict there. But as the headlines seem to get bloodier and the war ever more intractable, one short piece from last year has stuck in my head. It’s a simple story that follows a small group of friends and family members -- former teachers, laborers and army defectors -- who are defending a nondescript back alley in downtown Aleppo from government troops. GlobalPost videographer Tracey Shelton manages to capture the moment when a relatively calm day turns into a deadly one. She might have been in the right place at the right time (or the worst place at the worst possible time), but she offers an intimate portrait of an all-too-typical moment in the ongoing Syrian civil war. Shelton’s reporting from Syria recently won her a George Polk Award, named for a CBS correspondent who was killed while covering the civil war in Greece in 1948, an early eruption of the Cold War.

“The Hidden Costs of Hamburgers,” Center for Investigative Reporting

With the health benefits of the Mediterranean diet being touted on the front page of the New York Times and on the Web this week, I couldn’t help thinking about the typical American diet, which includes an average of three burgers every week. “The Hidden Costs of Hamburgers” walks viewers through some surprising consequences of a hamburger-heavy diet. This illustrated piece provoked some strong reactions from both sides of the vegetable aisle when it premiered last summer. On a side note, this might be the first work of serious investigative reporting that casually references cow farts.

“Gospel of Intolerance” draws on material from the film “God Loves Uganda,” which played at Sundance earlier this year. It chronicles how money donated by American evangelicals helps fuel the violent anti-gay movement in the African nation. U.S. missionaries export their strict interpretation of biblical law, which, when it arrives in Uganda, is multiplied and blown up to feverish proportions. In fact, the Ugandan parliament is debating anti-homosexuality legislation, sometimes referred to as the “Kill the Gays” bill, which would make homosexuality punishable by death. There’s one chilling moment in the film I can’t forget: the final shot of an evangelical missionary holding the head of a Ugandan child while he leans in, intensely whispering something in his ear.

“The Hunted and the Hated,” The Nation

This past week marked the anniversary of the shooting death of 17-year-old Trayvon Martin in Florida, a case that inflamed racial tensions and prompted some national soul-searching about racial profiling. This video, “The Hunted and the Hated,” shows that racial profiling is not limited to the South. A group of young men use hidden cameras and cellphones to tape encounters in which they are stopped, searched and harassed by police under New York’s “stop-and-frisk” law. Recent reports have shown that 9 out of 10 people stopped under this law are minorities and that just 12 percent are found guilty of a crime. Despite continued widespread protests against stop-and-frisk policies, there are signs that more cities might adopt these measures. Last month, former Los Angeles Police Chief Bill Bratton, a firm advocate of stop-and-frisk, was invited to Oakland, Calif., to share what he views as his successes with these tactics.

Finally, here’s an excerpt from last week’s Oscar-winning short documentary, “Inocente.” One of the few heartfelt, moving moments in an otherwise awkward Academy Awards broadcast was the sight of this teenager, who was homeless a year ago, crying on stage as the audience applauded her and the filmmakers who told her story. Directed by the husband and wife team of Sean and Andrea Nix Fine, “Inocente” has the distinction of being the first Kickstarter-funded project to win an Oscar. The pair raised more than $50,000 from almost 300 backers on the crowdfunding site, an achievement sure to be noticed in the perpetually cash-starved world of independent documentary filmmakers.