Read our salon on fracking 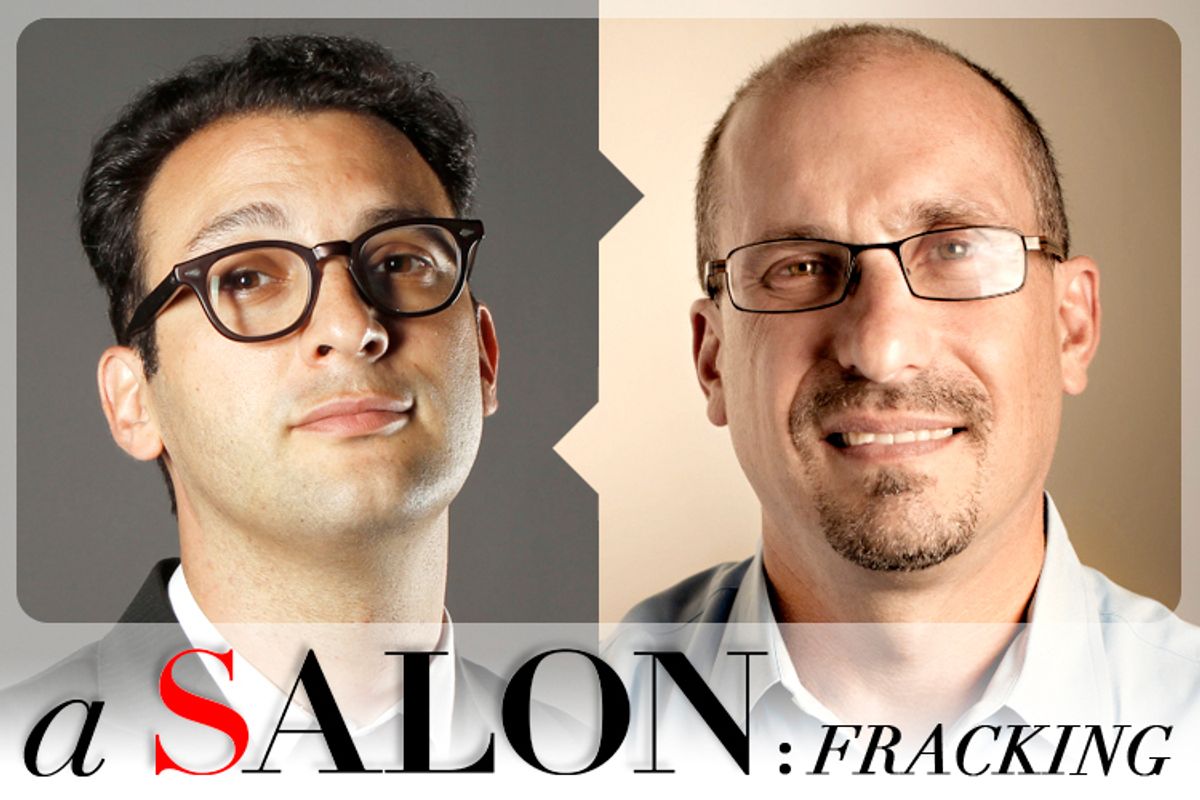 The growing tension between environmental concerns and business interests intensified this weekend amid reports that New York Gov. Andrew Cuomo was ready to approve a plan to allow hydraulic fracturing (aka "hydrofracking" or "fracking") in parts of his state, until a last-minute intervention from Robert Kennedy Jr. put the plan on delay as it undergoes further study. As politicians at all levels (including the president) will be deciding whether to embrace the controversial method of shale gas drilling in coming months, we asked two experts with divergent views to discuss the issue with us -- and you.

Fracking opponent Josh Fox is a filmmaker (and Academy Award nominee for "Gasland") who was asked to lease his land for drilling. Ted Nordhaus runs the Breakthrough Institute, a think tank focused on climate and energy policy, which has supported federal investments in shale gas. At 2 p.m. ET, they'll engage in a back-and-forth right here in our first real-time Salon. Submit your own thoughts in the comments section, and we’ll do our best to bring you in on the discussion, too.